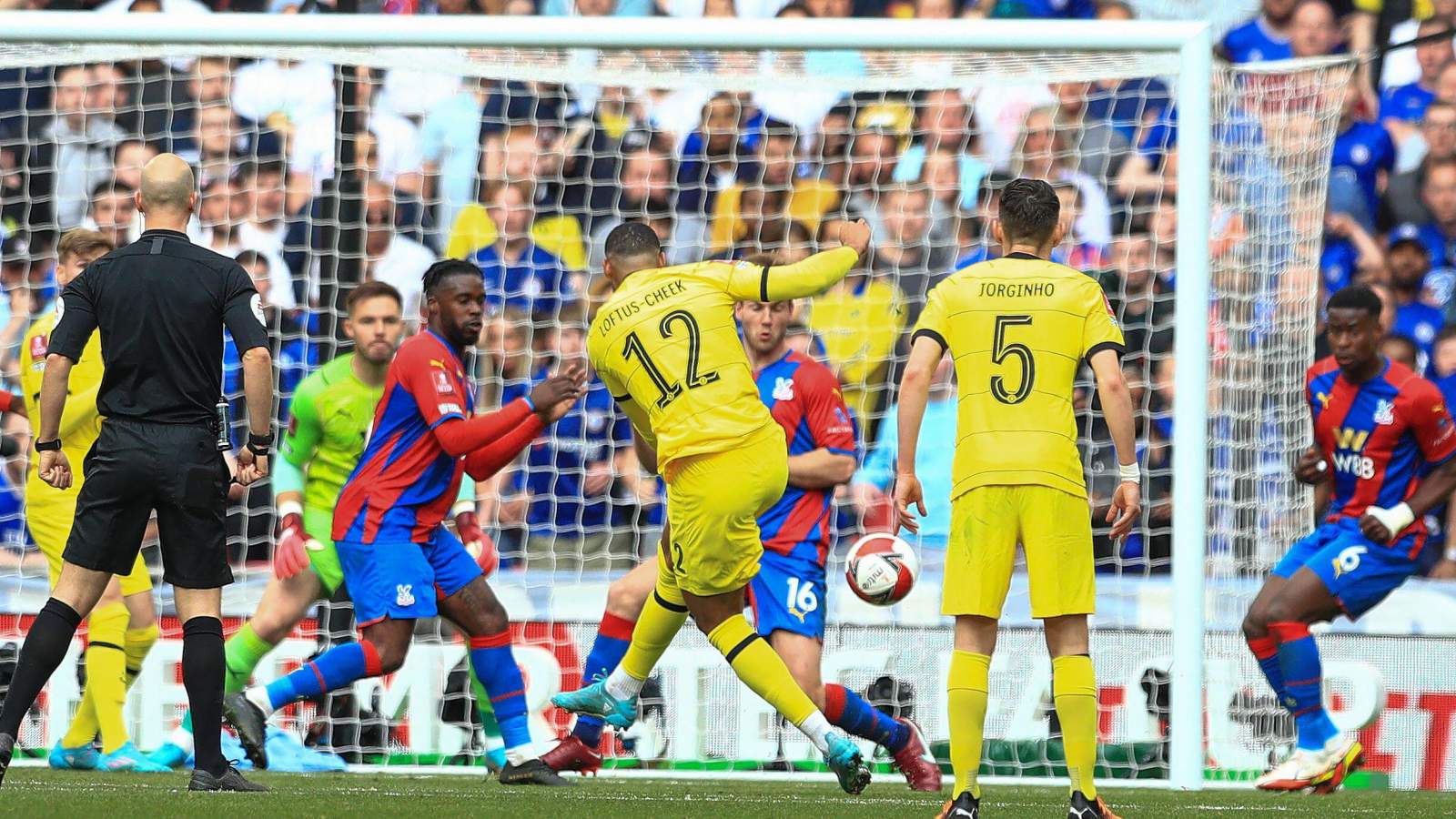 A “way overdue” first Chelsea goal for three years in a match in which he was the clear point of difference between the two sides marks perhaps the most significant individual moment yet in the ongoing and rather wonderful Ruben Loftus-Cheek renaissance.

From key member of England’s World Cup semi-finalists four years ago, it has been a tough road for the midfielder who has found himself in turn out of favour, injured or out of loan and always striving to rediscover the levels everyone – not least himself – knew he was capable of reaching. He has, in the post-match words of his manager, “hidden his talent” for much of his career, but here a driving forward-thinking midfield performance from the bench grabbed hold of a game that Chelsea had – perhaps inevitably – and that – also unsurprisingly – Crystal Palace were successfully keeping tight and cagey.

In hindsight, Palace will wonder whether they should have done more to put Chelsea under even greater pressure in that first 45 minutes but it’s hard to argue with a strategy based on dragging Chelsea as far as possible into a tight game to test the physical and mental wounds of those 180 minutes in Madrid.

It’s a gameplan that was working well in the first half and only started to change when an injury to Mateo Kovacic forced Thomas Tuchel into an early change and the introduction of Loftus-Cheek. It was a key moment in the match. Tellingly, Loftus-Cheek’s presence on the bench rather than in the starting XI was because of his exertions at Southampton and Madrid rather than any comment on his quality. All else being equal he would surely have started, and it was a different game after his introduction.

With Mason Mount continuing his own recent good form post-haircut by coolly netting the nerve-settling second, Chelsea’s progress to a third consecutively FA Cup final was largely down to two of their own. They lost both those cup finals and to avoid an unwanted hat-trick will have to do what they couldn’t quite manage in what was surely the closest League Cup final ever played and get the better of a Liverpool side absolutely flying right now.

Whatever happens between now and that game, Liverpool will surely begin favourites. But Chelsea pushed them as close as you can push a side without beating them in the minor final and will almost certainly have the advantage of hitting that final as the fresher side. Their grip on third was already vice-like but has strengthened without them playing a Premier League game this weekend thanks to Spurs and Arsenal contriving to make a complete Spurs and Arsenal of things against Brighton and Southampton respectively. Chelsea can afford to rest and rotate through the remainder of their league campaign. Liverpool, fighting both City and a brutal fixture list for the title as well as being in the Champions League semi-finals will have no such luxury.

Clearly, given the choice, you’d choose Liverpool’s situation and be there fighting for everything. But there’s no denying that Chelsea’s position has its upsides too when looking at this specific final.

The irony of that position is that Loftus-Cheek, having fought so hard to get back into the Chelsea team may now find he’s been too successful. He started this game on the bench. In this form, Tuchel will certainly want him in his starting XI against Liverpool, which might mean more bench time over the weeks ahead.

There may be frustration at that potential scenario, but it should be minor given the transformation of a career that appeared in danger of drifting away. It could now end with a key role in the latest piece of silverware for Chelsea and potentially a return to Gareth Southgate’s thinking no matter how stacked England’s midfield options may be. There was no hiding Loftus-Cheek’s talent or importance in this Wembley win.