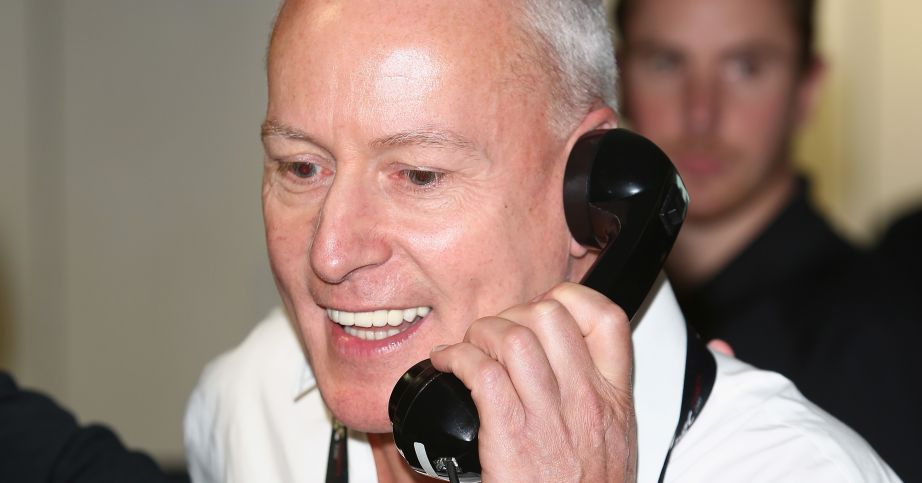 Tottenham winning the Premier League title this season would be “a bigger achievement” than when Leicester claimed the crown in 2016.

Those are not our words but those of Jim White, yellow tie connoisseur and talkSPORT host.

The Sky Sports stalwart was steadfast in his claim that Tottenham winning the title would be an even greater “surprise” than when Claudio Ranieri led Leicester to the title in three years ago. Here is what he had to say:

“I think they’re serious title challengers, and if they win it this is what I think the implication of that win would be: if they were to go on and win now, from the position they’re in, would it go down as more of a surprise and a bigger achievement than the season Leicester did it?”

“And I think it would, so I’ll tell you why I think that. I ask the question as well without demeaning at all the unbelievable title win of Leicester and the achievement back in 2015/16.

“But compared to Leicester’s title triumph, Tottenham are maintaining a challenge right now without key men like, of course, Harry Kane, who was at Superbowl, and Dele Alli.”

Absolutely. No-one is saying it would not be a massive achievement and surprise for Tottenham to win the league despite, among many things, their injuries. But Leicester were, y’know, Leicester.

Harry Kane was at Superbowl though. We’ll give you that.

“They’ve spent nothing on transfers in both windows, compared to Leicester spending £30m. And when they spent that £30m, they signed the likes of Christian Fuchs, Rob Huth, Okazaki, N’Golo Kante.”

Leicester spent £30m (£24.2m in summer 2015) on improving a side that had finished 14th. Tottenham have spent nothing, but have also kept pretty much every key member of a squad that has finished in the top three for three consecutive seasons.

And if your reaction to Leicester signing Robert Huth, Shinji Okazaki and a completely unknown N’Golo Kante was “they’re winning the Premier League title, them,” then fair Christian Fuchs to you.

“Tottenham have spent nothing. Now, in Leicester’s season, many of the top elite group were falling away such as Manchester City under Pellegrini; they were fighting a battle for fourth with Van Gaal’s United. Arsenal under Wenger were also struggling.”

Arsenal under Wenger were top in January. And Leicester were Leicester! Leicester won the f***ing league! Whether ‘the top elite group were falling away’ or not…Leicester!

“So looking at the whole thing, compared to the challenge this season with Guardiola’s rich guys at City and Klopp’s rampant Liverpool, I think the competition for Tottenham to overcome here is much more fierce than it was before for Leicester.”

“Guardiola’s rich guys” is good. Liverpool have spent £240m since since January 2018; City started with much better foundations, but have only spent £117m in that time.

“Now at this point in the season in 2015/16, Leicester were leading the pack, they were three points clear at the top. Whereas if Tottenham were to win it from here, from now on in, they’d be coming back from a longer distance, having to overtake their challengers, overhauling potentially a seven-point gap after tonight.”

Again, fair point. But are we really marking Leicester down for leading the table from mid-January until May as opposed to winning the title from behind?

“So for all those reasons, if Spurs were to do it, would it go down as an even more amazing achievement than Leicester’s brilliant title triumph in 2016? I would say yes. It would have to be. And are we taking Tottenham more and more seriously in the title race? Do we now seriously take them as title contenders? I think we have to.”

We absolutely do have to. But we absolutely don’t have to be quite so silly. Leicester had never won a top-flight title or the FA Cup, had spent 63 seasons out of 111 in either the second or third tier of the English football league, had been in League One just seven years prior and had only just escaped relegation the season before they won the Premier League title.

Stick to what you’re best at, Jim: winding up Neil Custis.