Home Liverpool ‘No loopholes’: Liverpool have ‘no intention’ of selling Mane 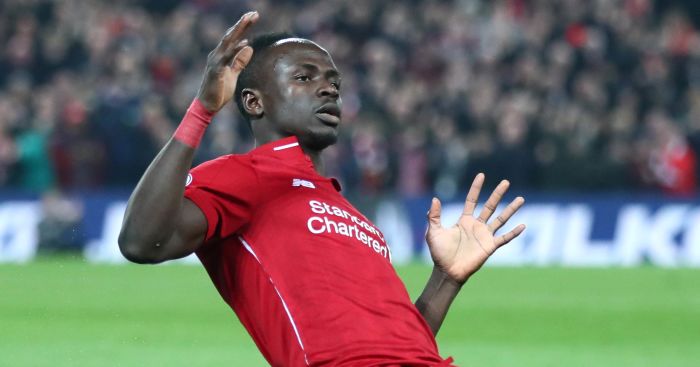 Liverpool have ‘no intention’ to sell Sadio Mane, who has ‘no loopholes’ in his contract for Real Madrid to exploit.

Mane has been one of Liverpool’s most important players this season, scoring 11 goals in his last 11 games.

The Senegalese has earned admiring glances from Real Madrid in particular, with Zinedine Zidane planning a squad overhaul at the Bernabeu this summer.

Mane, recently described as “the form man in Europe” by Jamie Carragher, was the subject of Spanish newspaper Marca’s front page on Monday, which explained how desperate Zidane was to sign the forward.

But Liverpool-centric Daily Mail journalist Dominic King has rubbished the speculation, saying that any supposed ‘weakness’ the club have ‘simply shows how good Mane has become’.

Reports suggest that Real Madrid considered Liverpool’s sales of Luis Suarez and Philippe Coutinho as proof they would do business for their best players, but the Reds ‘have no intention’ of letting Mane go.

And with ‘no loopholes’ in a contract he only signed in November, Mane seems set to stay on Merseyside. Shocker.

Today’s front page from Marca: Liverpool have no intention of selling Sadio Mane, one of the most important players in their squad. There are no loopholes in his contract that Real Madrid could exploit. The interest simply shows how good Mane has become 🔴 pic.twitter.com/wZU4LwxyER