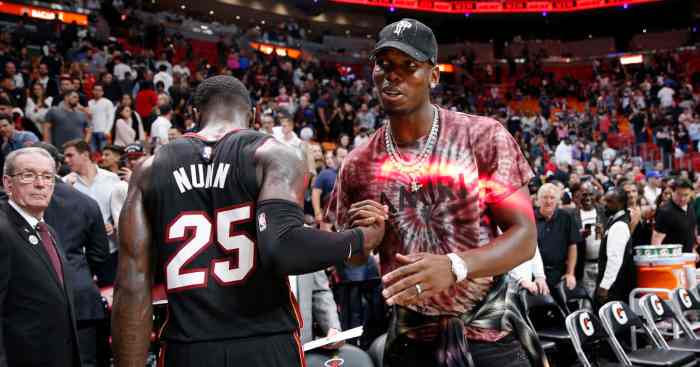 Ole Gunnar Solskjaer has defended Paul Pogba’s professionalism and says the Manchester United midfielder will be like a “new world-class signing” when he returns to fitness.

After an uncomfortable summer of speculation following the World Cup winner’s admission that he would like to leave, the campaign could not have gone much worse for the 26-year-old.

Injured against Southampton at the end of August, Pogba was able to return in late September against Rochdale and Arsenal only for an ankle issue to lie him low ever since.

The France international this week finished up a period of rehabilitation in Miami, where the midfielder was seen playing basketball with Heat star Jimmy Butler without his ankle seemingly proving problematic.

That video naturally raised questions and a report in Spain even suggested the wantaway midfielder was fit and refusing to play for United, but Solskjaer defended the former world record signing.

“Every player is allowed to be injured when he’s injured and Paul is working hard to get back,” the United boss said.

“No one can doubt his professionalism, his willingness or his desire to play football.

“He’s one of the best midfielders in the world and it’ll be like signing a new player before the transfer window opens.

“And, of course, we’ve missed him when he’s been away. I think some of the players – Scotty [Scott McTominay] and Fred – have taken up that challenge and have done well but of course it’s a boost for us when he comes back.”

Pogba is now back in Manchester but will not feature against Aston Villa, when McTominay could return from an ankle injury of his own.

But there appears a chance that the 26-year-old could make his long-awaited return on Wednesday against Tottenham, who are now managed by Jose Mourinho – the former United manager that clashed so spectacularly with the Frenchman.

“He’s stepping up his recovery and let’s see how soon he’ll be match-fit and available,” Solskjaer said.

“Of course, that’s going to be a new signing for us.

Asked if he would be back to face Villa, he said: “Sunday, no. I can’t say now (about Tottenham), because I’ve not been home and seen him so hopefully…

“Let’s see where he’s at when he comes back and starts training with us.”