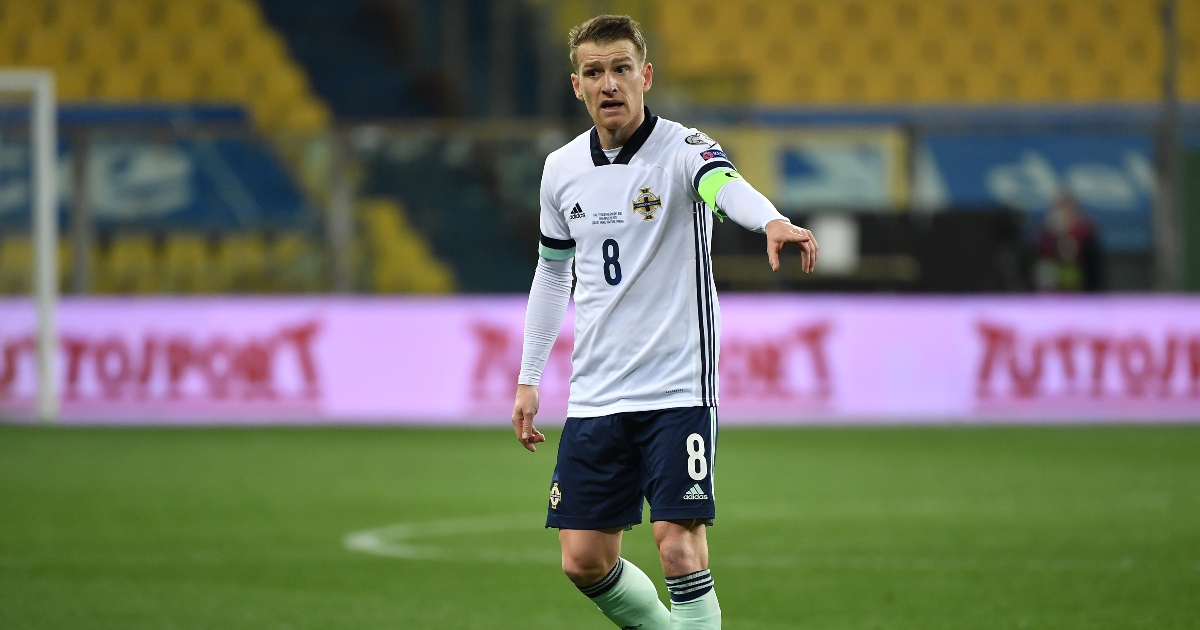 Tom Flanagan is hopeful that Northern Ireland captain Steven Davis does not decide to retire from international football any time soon.

Davis has been a mainstay in the Green and White’s midfield for the best part of two decades, but the Rangers midfielder has said he will take time to reflect on his future after World Cup qualifiers against Lithuania and Italy this weekend.

Questions over how much longer the 36-year-old might keep playing are nothing new, but the end of another international campaign brings them back up the agenda.

Are Arsenal title contenders if they beat Liverpool? And more mails…

“No one is wishing him to finish,” Flanagan said. “If it’s something he decides on, no one will begrudge it because he has had an incredible career.

“I think when he does make his decision, it’ll be on his terms and things like that and that’s a positive because that doesn’t always happen in football.

“You’ve got to be a high calibre of player to make your own decisions in football. Usually they’re made for you, so that’s testament to him again.

“For me, he’s just the standout player that I’ve played with.”

Flanagan said neither he nor his team-mates have any insight into what Davis might be thinking as they focus on Friday’s match against Lithuania at Windsor Park, seeking a positive end to the campaign after hopes of reaching Qatar were dashed last month.

“If Davo has got something to say, he’ll say it,” Flanagan added. “He’ll tell the whole group. That’s how open he is. He doesn’t see himself as above or below anyone.

“If it does happen it will be a sad day, but everyone is hoping it won’t happen.”

Elsewhere, Chris Sutton has claimed that Norwich City are “more ambitious” than Manchester United after sacking Daniel Farke over the weekend.

“Their expectation is to stay in the Premier League but they have made a change, rightly or wrongly, but Manchester United – what is the expectation, are they going to win something with the current manager and this squad? No, everyone can see that.”