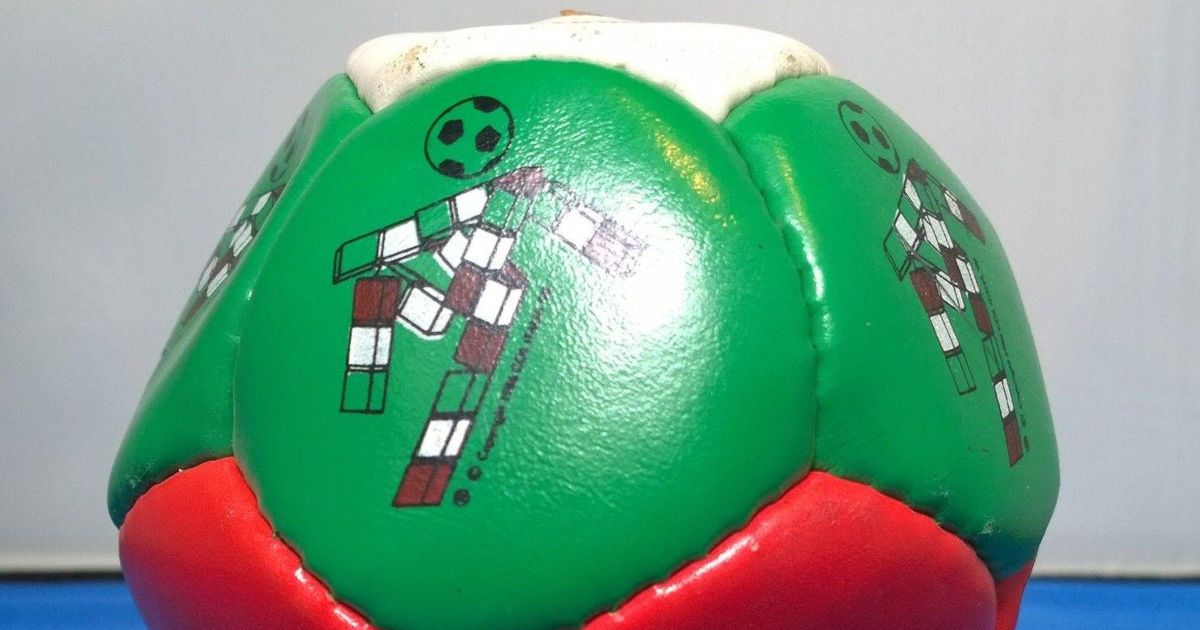 Young life in the early ‘90s was a dizzy blur, dribbling round your front room with a tiny football.

‘All the world is spinning’ sang DMA’s and maybe little Tommy O’Dell did it too, the angelic-voiced Aussie Everton fan, whirring round on sugary cereal and pop for breakfast, dribbling and caning an impossibly small ball off the sofa.

People forget there was literally nothing to do back then when you weren’t one of the lucky kids with a Commodore 64 and the good cartoons like M.A.S.K had finished. Outside you had knocking for your mates, going to the shop, headers and volleys, sitting on a wall and that was about it.

Inside was worse. There was overhead-kicking a rolled-up sock into a bin in your bedroom, but that was no good if your brother was still in bed. So downstairs it was, with your little football, dropping the shoulder, sole of your foot dragging it past the Kay’s catalogue while you ponder if you should look at the women in the lingerie section but no, through the kitchen, one-two off the cupboards, chipped over the Hi-Tec Silver Shadow, back into the living room then smashed as hard as Chris Waddle’s penalty in Turin off that frosted glass panel under the window.

GOALLLLLLL, the inimitable glory of the front-room scorcher, domestic bliss as heady as any in front of the Clock End or the Kippax, no-one to witness it, so no-one to say it wasn’t the best ever scored.

READ MORE: Say no to plastic bags (and plastic pitches too)

Then the realisation that you’ve just done the equivalent of hitting a dinner gong and woken the whole house up, your dad running down brandishing a snooker cue (the working-class burglar repellent of choice).

“What the hell do you think you are doing, it’s 6am and why is the catalogue open on ladies in their undies?”

“Don’t blame me, blame the Coca Cola execs,” is what I should have said. They came to our school during the height of Italia ’90 mania with these red, white and green ‘Soccaballs’ and during an assembly I had managed to do 10 kick-ups (never keepy-uppies) and so was given one as a prize.

Remember the Italia 90 Soccaball? Think every kid had one. pic.twitter.com/WFcC8g2tby

They say Mohammad Ali skipping was a sight to behold but you’ve never heard a rhythm like a child in the groove with kick-ups; it’s all in the sound. No-one questioned whether it was a good idea to encourage working-class kids to nail Coke, who were encouraged to come back with ‘Spinners’ branded yo-yos. But frankly, who cared as everyone was busy kicking small footballs round their front rooms?

Your dad would join in too, basically putting his fat arse between you and the ball to hold you off before doing a back heel and walking off one finger in the air. You could kick tiny footballs around other people’s houses too as one would inevitably just roll into range for a pop at an imaginary target. You just caressed it off a chair leg or chipped into the dog basket.

Knock-out Nigel, a kid who wasn’t called Nigel but got the nickname because he’d rendered himself unconscious after trying to abseil out of his bedroom window with a bit of rope tied to the wardrobe, had one of the gold Coke balls which you could get by collecting ring-pulls and he kept it on a shelf in his bedroom. Having never had the discipline to finish a sticker book, I didn’t save enough ring-pulls and anyway, the temptation of scissor-kicking that golden bad boy off off the bedroom wall and inevitably out of the window would have been too much.

I was in Tesco the other day and in between the obligatory Euro 2020 generic tee-shirts I spotted a little bin with little footballs in them.

Now my house is complete again with a small football always within a stride, ready for eight-kick ups and a knee off the lampshade or the perfection of the drag onto the left, the scoop, one touch and then whack off that frosted glass panel under the window.

Dad isn’t here to shout now; he’s not dead or anything but lives in his own house. Maybe I should buy him one too and a snooker cue to re-live the glory days when a small football was all you could ever want and all you could ever need in a nation of carpeted mini-leagues, mega goals and stubbed toes.