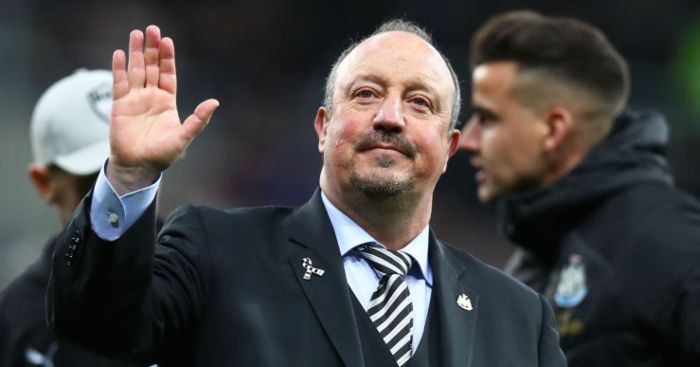 Rafael Benitez has entered the final week of his Newcastle contract with ‘no realistic prospect’ of him staying.

Benitez signed a three-year contract to replace Steve McClaren in March 2016, taking them up from the Championship in his first full season before avoiding Premier League relegation in each of his next two.

But Newcastle owner Mike Ashley is seemingly content with the Spaniard’s departure, as ‘no fresh talks have been arranged’ over Benitez’s future despite his deal expiring on June 30.

The Newcastle Chronicle say an offer was made on May 17 that would have extended his contract by a year on the same salary, albeit with improved bonuses.

But Benitez is understandably reluctant to commit, with his request for assurances over the club’s transfer policy and ambition constantly rebuffed.

It is said that the 59-year-old has been told that the club must “live within their means” whenever he asks for more investment.

The Times say Benitez will simply ‘not work under’ Ashley as their relationship is ‘beyond repair’.

George Caulkin adds that ‘there is no realistic prospect’ of Benitez staying in charge beyond the end of the week as Newcastle ‘are not prepared to improve the club’s infrastructure,’ and the manager similarly won’t budge on his own demands.

The club ‘are to begin the search for a new manager’ in due course, with Garry Monk the current favourite.