Home Arsenal ‘No resolution’ on Auba as Arsenal intensify interest in £45.6m man 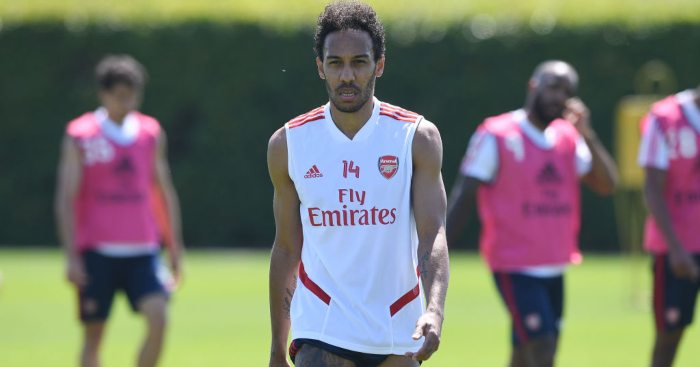 Arsenal are ready to ramp up their interest in Atletico Madrid midfielder Thomas Partey, while they are struggling to get Pierre-Emerick Aubameyang to sign a new deal, according to reports.

The Gunners apparent interest in Partey is well-documented with reports building momentum over the last few weeks.

Arsenal have long been linked with a move for Atletico Madrid enforcer Partey, who was instrumental in knocking Liverpool out of the Champions League at the Round of 16 stage.

And now David Ornstein in The Athletic claims that Arsenal ‘have intensified their interest in signing’ Partey and ‘will be hopeful of negotiating a lower figure’ than his €50m (£45.6m) release clause.

Ornstein adds: ‘Arsenal have a long-standing interest in Partey, who is thought to be keen on moving to the Emirates Stadium.’

Meanwhile, Aubameyang – who is the club’s captain and top goalscorer – has a contract that expires next summer and there is no sign that he will sign a new one.

And Ornstein confirms there’s been ‘no resolution’ on his future at the club.