Home F365 Says No rest for Southampton; they need to prioritise FA Cup 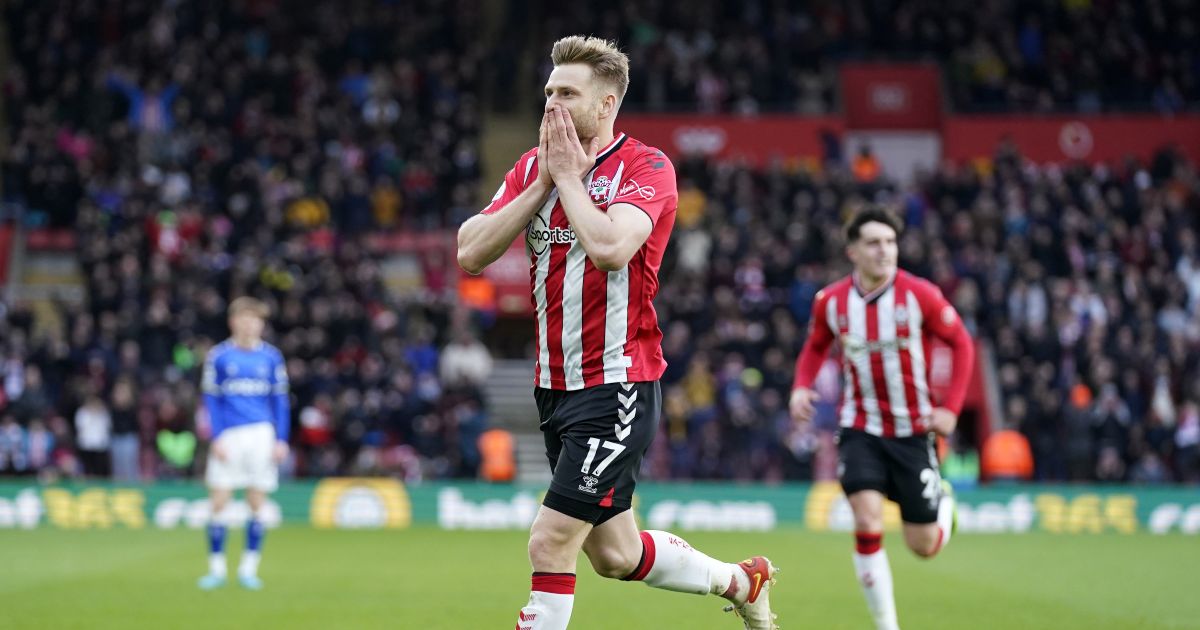 Southampton have had a tremendous season that could have a cherry on top if they get their priorities right.

When I was a teenager playing Sunday League football, there was one outstanding team who won every trophy in sight. They hoovered up all the local talent and were very much the Galacticos of the Dorset Youth League.

One year, there was a shock that reverberated round the whole of the Dorset football pyramid. It was seismic; they had lost a match in the cup. Finally, there was an opportunity for a different team to actually win a trophy. My manager, clearly a Wenger-esque visionary, chose this moment to rest half of his team in the quarter-finals of said cup and we meekly lost 2-0. God knows what he was actually resting players for when there was only a game a week and we were around fourth in a league that the Dorsetalacticos had already sewn up, but it is a memory that has always stayed with me.

The reason I am baring my soul is a) as a form of therapy and b) as a warning to Premier League managers who will be picking teams for FA Cup matches this week. And especially to Ralph Hasenhuttl.

It may have escaped your attention, but Hasenhuttl is quietly doing an excellent job on the south coast. Southampton have developed a consistency that is usually beyond a mid-table Premier League team, losing one match since mid-December and taking points off Tottenham (twice), Manchester City and Manchester United. Points off the top teams can sometimes be obtained by sitting back and ceding possession, riding your luck and trying to grab a goal on the break, but Hasenhuttl’s Southampton are proactive, shown by the relative ease of their latest back-to-back victories over Everton and Norwich.

The consistency of Southampton’s performances is mirrored by the consistency in their team selection. The team currently picks itself and the performances of Tino Livramento, Kyle Walker-Peters, Mohammed Salisu, James Ward-Prowse, Oriol Romeu and (on-loan) Armando Broja will not have gone unnoticed by Southampton’s wealthier Premier League rivals. These players are supplemented by the under-rated Jan Bednarek, Stuart Armstrong and Che Adams, creating a first XI with very few weaknesses now that Fraser Forster is back to something close to the form that brought him six England caps between 2013 and 2016.

The impact of making significant changes to the first XI has already been showcased in this year’s competition, with Southampton fortunate to progress against Coventry in the last round. Hasenhuttl made wholesale changes and the drop-off in quality was evident until his full quota of five substitutions had been made to restore something close to that full-strength team. It is extremely doubtful whether West Ham will let Southampton off the hook the way Coventry did, spurning a lead and numerous opportunities to at least take the tie to the lottery of a penalty shoot-out.

Looking through the other teams remaining in the competition, Southampton have a genuine chance of creating some lasting memories for their supporters – the type of memories that far out-weigh a league finish of 8th or 9th, which is realistically still the best that Southampton can achieve this season. West Ham will be difficult opponents, but they have European commitments and a Premier League top-four race which gives them two possible routes into the Champions League. Southampton will have had two days’ additional rest and probably the most mid-table clash of the season at the weekend against Aston Villa to consider. If there is a game to rest some first-team regulars, surely it is that one.

If they are able to beat West Ham, they will not suddenly be favourites for the competition but there would be nothing for Southampton to fear. Liverpool, Man City and Chelsea all have their eyes on bigger prizes, Everton, Crystal Palace and Spurs are all beatable for this Southampton vintage and they may get the plum draw of Nottingham Forest or Huddersfield. Clearly, there are no easy ties but Southampton winning three matches against those teams is far more likely than them getting a Europa League spot through the league. And far more glorious.

For Hasenhuttl, this is an opportunity to escape his reputation as the manager who loses 9-0 every season. This is not to say that he has any designs to move on, but when big jobs are available he is currently nothing more than an afterthought. An FA Cup win would enhance the reputation of a manager who is currently perceived as a bit of a roller-coaster. You just have to see the difference in Southampton’s first-half record (4th in the league) against their second-half record (currently 16th) to see that consistency has been elusive for them even this season. But this finally seems to be levelling out now and Southampton have found a level of performance that is the envy of the majority of Premier League teams. An FA Cup win would only serve to rubber-stamp this further and grab the attention of a football community that struggles to look beyond what is happening with the Big Six.

I have no doubt you are reading this Ralph, so please heed this warning: Don’t let your players carry the same mental scars I have worn all these years. Your goalkeeper does not need a rest. This is not an opportunity to blood youngsters. The match against Aston Villa is not your most important this week. Yes, West Ham may come to St Mary’s and beat you; it is a tough match. But there has rarely been a week that has exemplified the importance of keeping swinging more. Make sure you have no regrets.