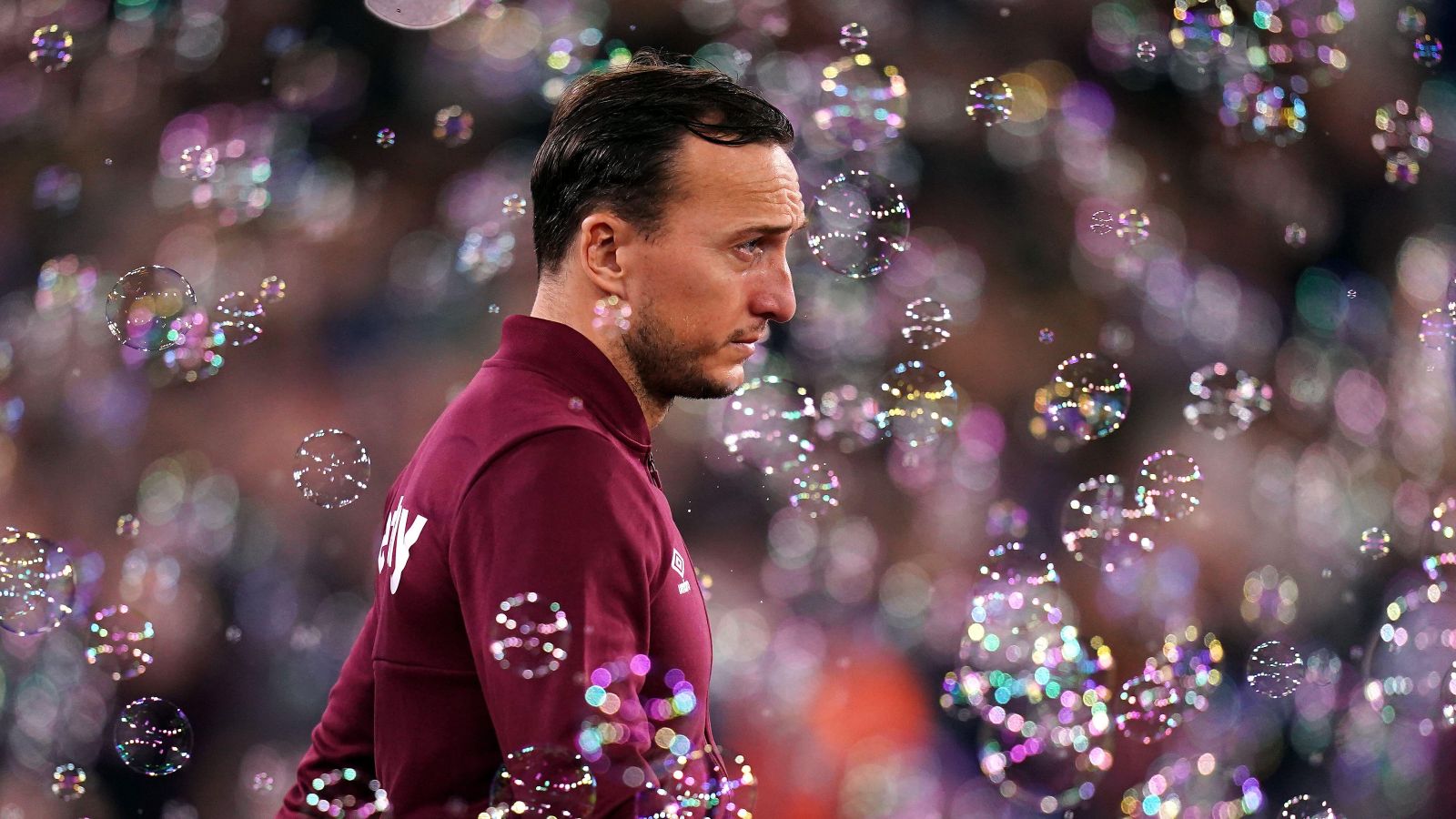 West Ham captain Mark Noble is focusing fully on the job at hand despite what is set to be an emotional final home game for him.

The Hammers’ club captain, who turned 35 last Sunday, will bring the curtain down on his 18-year, one-club career at the end of the season.

Noble hopes to make one more appearance, likely from the bench, in front of the home fans at the London Stadium against Manchester City.

But with West Ham still needing points to secure European football next season, a orchestrated John Terry-style send-off is not on the cards for the midfielder.

“There will be tears for sure,” said Noble ahead of what could potentially be his 549th appearance in claret and blue.

“I’m an emotional person anyway, I normally wear my heart on my sleeve. It will be emotional, but I’m pleased I get to do it on my own terms and retire from football, rather than football retiring me.

“I won’t regret stopping, because football can change quickly. Sometimes getting the exit right is not done often, and I feel like I have done that.

“I’m not bothered at all if I play. I’ve spoken about it with the the manager, and for me the club getting into Europe again, into the Europa League, outweighs a sentimental send-off for me.

“Obviously I’m going to get a great reception, I know that, and if I get some minutes, great. But I have played enough minutes in my life.

“We need to worry about getting the points rather than worrying about me.”

Noble’s appearances have been far less frequent over the last couple of seasons, but manager David Moyes paid tribute to the Canning Town-born midfielder’s career as a whole.

“I’m sure it’ll be hugely emotional for Mark and his family, because when you say you’re retiring from football it’s a big thing to do,” said Moyes.

“When you’re a footballer your career is never that long but I think you appreciate it, when you start at 15 or 16 as an apprentice and you’re finishing now at 35.

“To do it at one club is a huge achievement, it’s not done by many people nowadays. Great credit to him, the way he’s conducted himself throughout his career.

“He’s terrific off the pitch and for me personally he’s been excellent. I’m sure it will be emotional but in the end he’ll think he’s had a really good career when he looks back at it.”

“He’s played continuously, at the highest level, wherever West Ham have been. He’ll be renowned.”