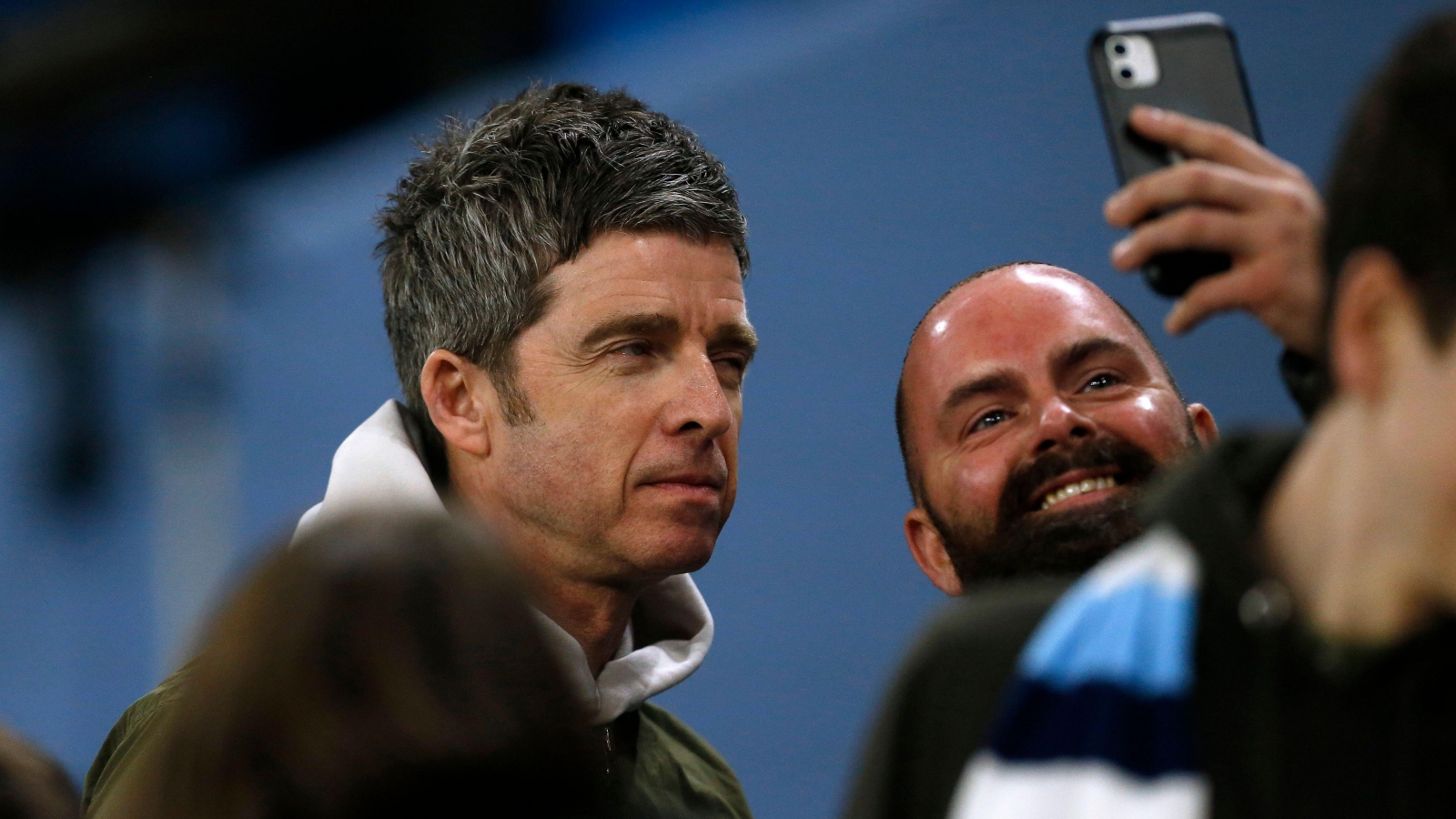 Former Oasis star and Manchester City fan Noel Gallagher has revealed that he was left “covered in blood” after Ruben Dias’ dad accidentally headbutted him.

Gallagher was injured during celebrations as City retained their Premier League crown with a dramatic win over Aston Villa on Sunday.

The 54-year-old described the scenes as “bedlam” when Ilkay Gundogan scored his second of the game to secure the three points and ensure the Citizens finished above Liverpool by a single point.

“As the third goal goes in, right, there is absolute bedlam,” explained Gallagher (quotes via The Telegraph). “As you can imagine, in the stadium where we sit, Ruben Dias’s family are in the box, a couple of boxes up.

“So I’m jumping around like an idiot, passing my 11-year-old son around like the Premier League trophy, everyone is lifting him up, and I turn around and Ruben Dias’ dad runs straight into me – headbutts me while I’m on the floor covered in blood.”

Gallagher required stitches and has said that he looks like he’s had his “head smashed in” after waking up the day after the title-winning party.

Speaking to talkSPORT, he added: “I don’t see the last two minutes – I’ve got to get taken down by the St John Ambulance and had to get stitched up. I’ve got stitches in my top lip, I’ve got two black eyes. As I’m going down the corridor Pep’s running up crying and we kind of hug each other and he says ‘what’s up with your face?’

“If you’ve seen me today [Monday], I look like I’ve just arrived home from the eighties, from Elland Road. I look like I’ve had my head smashed in. It’s unbelievable. A lot of City fans are asking, ‘You alright? What’s happened?’ and I said – you’ll never guess.”

Gallagher continued: “Not a mark on him [Dias’ dad]. He’s a big bear of a man – he almost knocked my teeth out. But as days go at The Etihad that’s got to be up there with the best.”