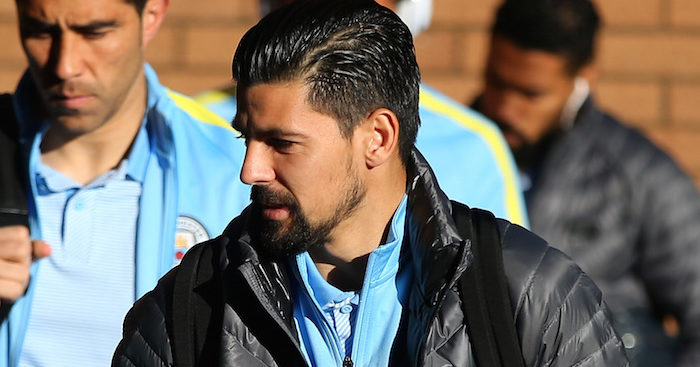 Manchester City man Nolito has revealed that he has found it hard to settle into life in his new city.

Pep Guardiola signed the 30-year-old from Celta Vigo in July, but has struggled for opportunities in recent months.

Now, he has told Spanish radio station El Transisto that he wants to leave the club in order to give himself the best chance of qualifying for Spain’s World Cup squad.

“I am under the contract, so the club will decide, but I want to leave. I haven’t played in six months. I will do everything possible to make Spain’s World Cup squad,” he said.

“My daughter’s face has changed colour – it looks like she’s been living in a cave.”

The winger was spotted in a Seville ice cream parlour with Sevilla sporting director Oscar Arias, prompting rumours of a move.

“I was just casually shopping for clothes for my wife in Seville,” he said.

“I went to get a coffee and bumped into Sevilla’s director of football casually.”

Atletico Madrid are also reportedly interested in the possibility of taking Nolito on a season-long loan deal.