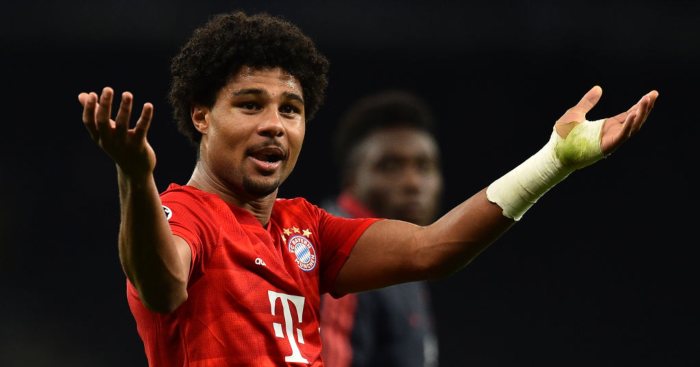 Spurs were embarrassed on home turf as four second-half goals from former Arsenal winger Gnabry helped the Bundesliga champions to a thumping Group B win.

The heaviest defeat of Pochettino’s reign is the latest in a string of poor results for the north London club this term following their run to the final of this competition last season.

Spurs went ahead through Son Heung-min and briefly threatened a comeback after Harry Kane’s penalty made it 4-2 before Bayern ran away with three goals in the final 10 minutes.

Joshua Kimmich had drawn the German club level, while in-form striker Robert Lewandowski gave them a half-time lead before claiming his second during the closing minutes.

However, the star of the show was Gnabry, and the former Arsenal man couldn’t help but attempt to wind Tottenham fans up on Twitter after the match.

“North London is RED!!!” he tweeted, alongside pictures of him celebrating his goals.

After the match, Gnabry spoke to Sky Sport Deutschland, he said: “It’s difficult to put this into words, winning 7-2. None of us would have imagined this.

“To have scored four goals is also an amazing feeling. I imagine all the Arsenal fans enjoyed that one!

“Obviously it’s a great result for us and we’re going to enjoy the evening.”