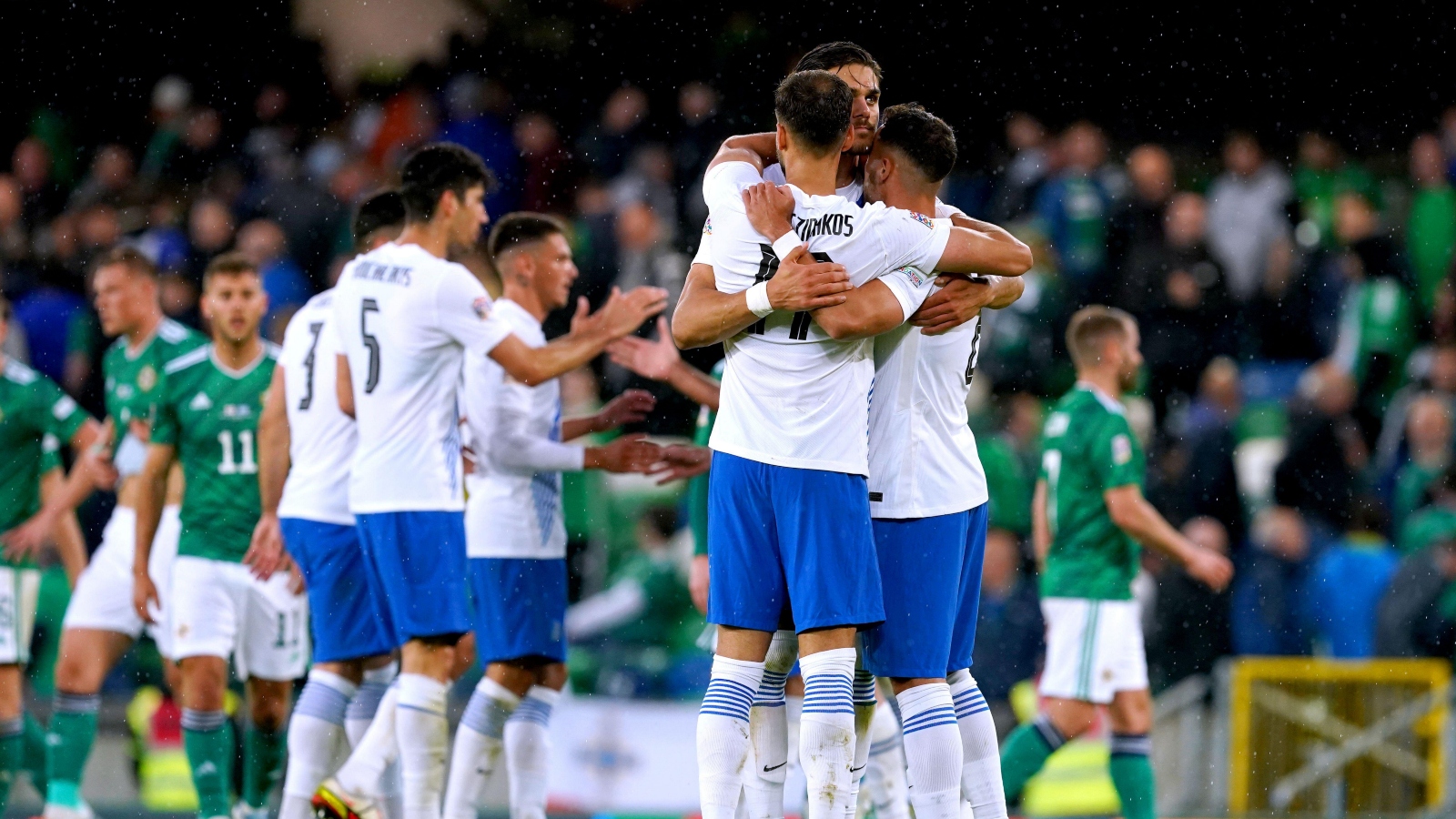 Northern Ireland are still without a Nations League victory after their campaign began with another poor result as Ian Baraclough’s side were beaten 1-0 at home by Greece.

Despite the best efforts of another sell-out crowd at Windsor Park, Northern Ireland were too flat for too long, only raising their game when two 34-year-olds – Kyle Lafferty and Niall McGinn – came off the bench to chase a result in the final half an hour.

But they could find no answer to Tasos Bakasetas’ 39th-minute strike for the visitors as Gus Poyet took victory in his first competitive game in charge of Greece.

It means Northern Ireland are still without a win after 11 attempts in the Nations League, while Baraclough has only one victory in the same number of fixtures at Windsor Park in all competitions.

On Wednesday the manager had set his side a points target of 12 for their four fixtures this month, but this is a result that leaves Northern Ireland already facing an uphill task in their goal of promotion out of League C.

Baraclough’s predecessor Michael O’Neill was in the stands to watch his first Northern Ireland match in person since leaving for Stoke, no doubt hoping for a repeat of those famous nights when his side beat Greece home and away on their way to Euro 2016, but this was very different fare.

A flat first half was largely passing without incident until Greece made the breakthrough six minutes before the interval.

Paddy Lane, making his competitive debut, was unable to cut out a long ball forward and Dimitrios Limnios played it inside for Bakasetas to hit a low drive beyond Bailey Peacock-Farrell into the corner.

Greece had been trying that ball forward since the start, but more often than not saw it drift out of play. Their only other chance up to that point had been a deep Limnios cross to Celtic striker Giorgos Giakoumakis, who headed tamely at Peacock-Farrell.

Two minutes earlier Northern Ireland’s only chance had come and gone, Gavin Whyte turning neatly to make space on the edge of the area but unable to generate enough power to test Odisseas Vlachodimos.

Greece might have added a second just before the break as Kostas Tsimikas got the better of his Liverpool team-mate Conor Bradley in a battle that raged for much of the night on Northern Ireland’s right.

The hosts were appealing for a foul but Tsimikas strode forward, playing in Lazaros Rota, who blazed over to the frustration of Giakoumakis, who was awaiting the cross in front of goal.

The visitors really should have been two ahead six minutes into the second half as Limnios sent in a low cross that just evaded the out-stretched boot of Giakoumakis – the 27-year-old who was in such hot form for Celtic but who could not add to his sole international strike.

Baraclough turned to Lafferty – back in the squad for the first time since September – and McGinn as he switched to a 4-5-1 formation just after the hour.

Northern Ireland turned up the intensity, pumping balls forward, but genuine chances were few and far between. The best of them was a McGinn shot which was comfortable for Vlachodimos, while Lafferty brushed the roof of the net with a curling free-kick.

There was a debut for Manchester City’s Shea Charles as Baraclough made a flurry of changes heading into the final 10 minutes, but none made the difference he sought as the final whistle was greeted with boos.