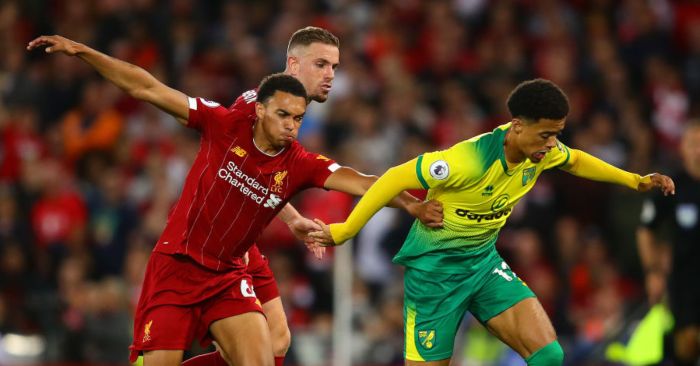 Northern Ireland boss Ian Baraclough is not surprised that Norwich City defender Jamal Lewis has been linked with a move to Liverpool.

And a report today has claimed that Norwich have turned down a £10m offer from Liverpool with the Canaries wanting at leasr £20m for the full-back.

Asked whether he’s surprised to see Lewis linked with a big club, Baraclough told Irish News: “No – he’s got all the attributes, he’s a level-headed kid and he’s one that wants to improve.

“You’ll find him in the gym before training and after training and he’s probably one of those kids, having worked with him for a little bit of time, you have to keep the reins on a bit so he doesn’t do too much.

“He wants to question you about how he can improve and I love players like that. I love players who invest time in themselves and don’t just settle for what they’ve got.

“He’s got a captain in Stephen Davis who has been like that his entire career. Who better to have than ‘Davo’ and Jonny Evans – they are not there by luck or by chance, they are there for a reason and they have worked at it day in, day out and never rested on their laurels.

“To have senior players like that within the group to look up to and strive to be as good as them and as consistent as them… you have to be at that levels day in, day out.”