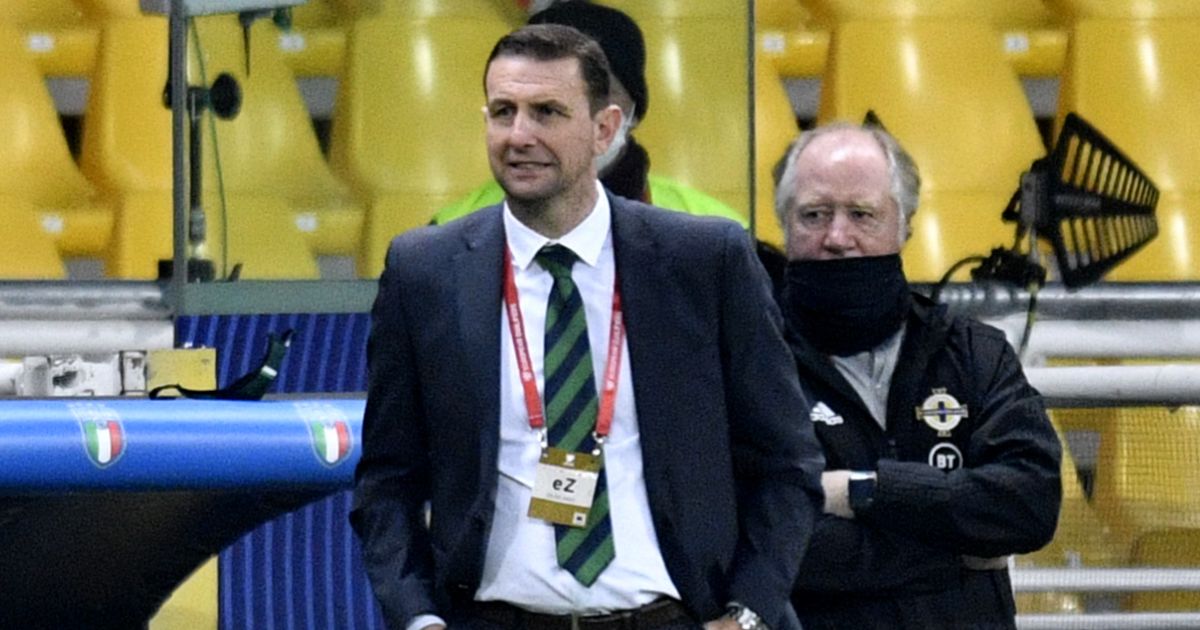 Ian Baraclough has confirmed he will make several changes to his Northern Ireland side for Sunday’s friendly against the United States.

The manager insisted he was not looking beyond the Americans even as Wednesday’s World Cup qualifier against Bulgaria looms, but a number of players who sat out Thursday’s 2-0 defeat to Italy in the opening qualifier will get their chance.

Kyle Lafferty is set to captain the side while Conor Hazard will start in goal to earn only his second cap, with Jamal Lewis in contention to return after missing Thursday’s defeat with a groin problem.

However, Baraclough would not be drawn on whether Steven Davis might be involved – the Rangers midfielder will earn his 126th cap and move clear of Peter Shilton’s British appearance record if he is.

“There will be changes and quite a few of them,” Baraclough said. “We’ve got a squad of players here who are good enough to play for their country and are itching to get out there and have some game time.

“Hopefully there will be a freshness about us that you will be able to see.”

Having had time to reflect on Thursday’s match, Baraclough admitted his overriding feeling remained one of frustration – with first-half lapses costing Northern Ireland on a night when they looked the better side for long stretches after the break.

“It took us until half-time to regain our composure and our belief in ourselves and to take the game to Italy in and out of possession. It’s frustration from me, and one of what could have been maybe.”

Hazard made his debut against Costa Rica in 2018 but has had to wait a long time for a second opportunity, with Bailey Peacock-Farrell, Trevor Carson and Michael McGovern ahead of him in the pecking order.

But with Carson and McGovern missing through injury, the 23-year-old will get the nod as Peacock-Farrell is rested.

“I told Conor Hazard he will be playing in this game when we first met up and I told Bailey that he would be missing out on this game so when Conor is named tomorrow night in the team sheet it will have nothing to do with what happened the other night,” Baraclough said.

Wednesday’s match against Bulgaria has been described as “must-win” following the opening defeat, but Baraclough insisted the Americans had his full focus for now.

The visitors include Chelsea forward Christian Pulisic, Fulham pair Antonee Robinson and Tim Ream, Manchester City goalkeeper Zack Steffen and Barcelona’s Sergino Dest in a strong squad, and Baraclough – still seeking his first win in charge inside 90 minutes – said it would be a tough test.

“We want to win a game of football and I said to the fellas there’s no such thing as a friendly in international football,” he said.

“I don’t think we can take it lightly in any shape or form.”