A video emerged of the player walking through Belfast city centre semi-naked and engaged in a lewd act. 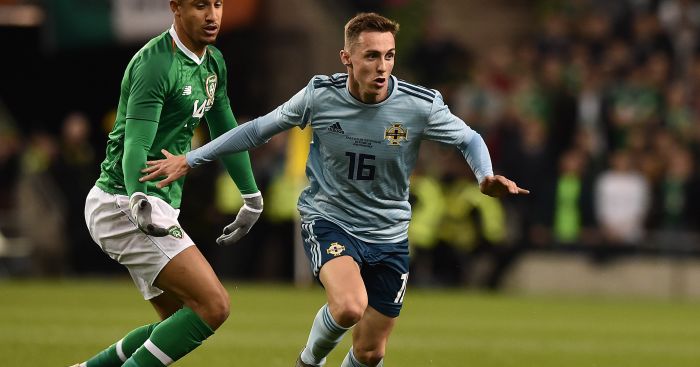 A Northern Ireland international footballer is to be disciplined after a video emerged of him walking through Belfast city centre semi-naked and engaged in a lewd act.

Northern Ireland manager Michael O’Neill said Gavin Whyte’s behaviour was “clearly unacceptable” and “far below the standards” expected of a footballer who represents his country.

Whyte’s club, Oxford United, also branded his conduct unacceptable, insisting it was “totally out of character” and a “moment of madness”.

The video emerged on social media on Monday night, the same evening the 22-year-old Belfast man was being honoured for his exploits on the pitch at a sports awards ceremony in the city.

"The award for Northern Ireland's Breakthrough Act is….Gavin Whyte! Unfortunately he couldnt be with us tonight but he's sent in this short clip". #OUFC pic.twitter.com/SWze7EpfLD

International boss O’Neill said: “Gavin’s actions in the video are clearly unacceptable and fall far below the standards that we expect from a Northern Ireland international.

“I know that Oxford United will discipline him appropriately for this significant mistake and both his club and the Irish FA will put in place measures to make sure that he learns from it.”

“It is totally out of character,” Robinson said.

“Gavin is a quiet, respectful young man who is totally devastated by this. I have rarely heard anyone so remorseful for something that he regrets and knows he shouldn’t have done.

“Clearly he had drunk too much, and we will deal with that too, but whether you are a footballer or not that sort of behaviour is wrong on every level.

“We will sit down with Gavin today and we will remind him in no uncertain terms of his responsibilities.

“We have psychological and behavioural support here to help him get through this. He is a great kid and I hope the fans can forgive him for one moment of madness.”