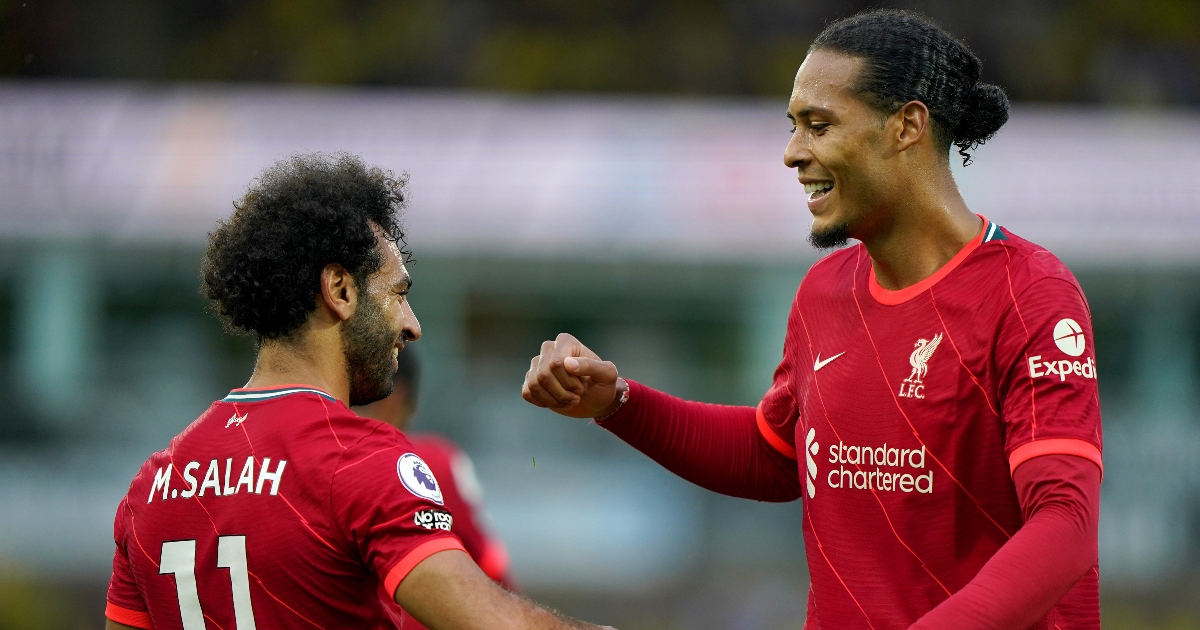 Mohamed Salah was in excellent form as Liverpool defeated Norwich City 3-0 at Carrow Road in their Premier League opener.

Reds boss Jurgen Klopp handed a start to Virgil van Dijk, who has not played competitively for the Merseyside club in ten months after he sustained anterior cruciate ligament damage to his right knee in October, but did feature twice in pre-season.

Norwich gave debuts to several of their summer additions with Chelsea loanee Billy Gilmour in from the start.

Dimitris Giannoulis, Pierre Lees-Melou and Milot Rashica are also part of the Canaries XI for their first match at a sold-out Carrow Road in 18 months.

The only thing poor about Lukaku now are those lazy critics

Diogo Jota opened Liverpool’s account for the season with a smart low finish in the 26th minute to make it 1-0.

The Reds, after weathering an early storm from the Sky Bet Championship winners, had already tested Tim Krul twice before the deadlock was broken.

Trent Alexander-Arnold crossed into the area for Salah and while his touch appeared to be aimed to set up a chance for himself, it rolled between the two Norwich centre-backs and Jota drilled past Krul for the opener.

Liverpool doubled their advantage with 65 minutes played when substitute Roberto Firmino made an immediate impact.

Introduced on the hour mark, the Brazilian set up Sadio Mane for a chance and although his shot was blocked, Salah was first to the loose ball and squared for his fellow forward to tap home to make it 2-0.

Salah wrapped up the points 16 minutes from time with a powerful effort from just inside the area.

Konstantinos Tsimikas’ corner was cleared to the Egyptian and he controlled before rifling powerfully beyond Krul to make it 3-0 much to the delight of the travelling supporters, who moments earlier had started chanting Salah’s name.

The 29-year-old goal saw him become the first player in Premier League history to score on five successive opening weekends.

Liverpool’s only summer signing Ibrahima Konate was an unused substitute in the win.

He joined from RB Leipzig for £36million in May to provide extra cover in the centre of defence.