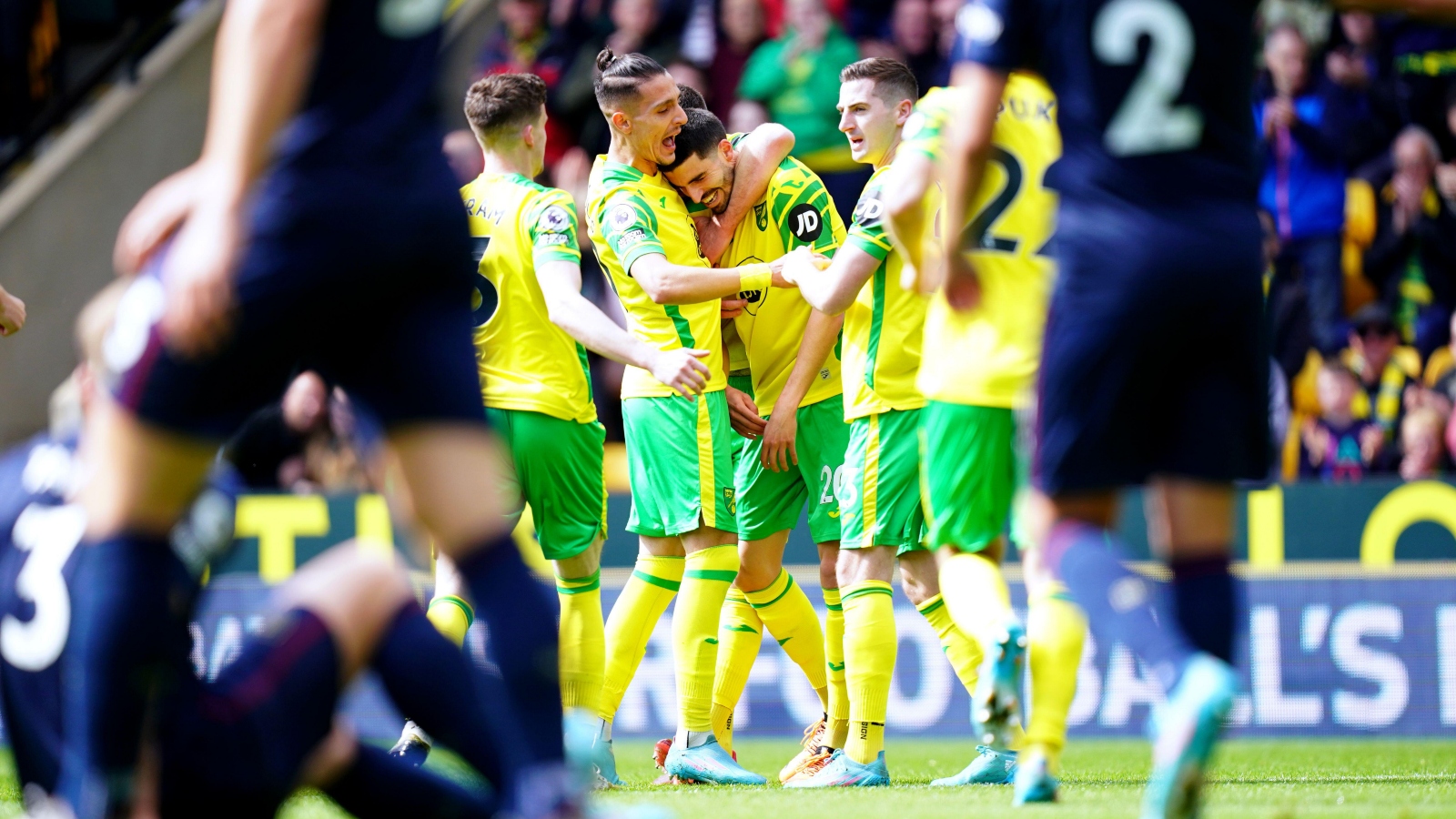 Pierre Lees-Melou and Teemu Pukki were on target as Norwich beat Burnley 2-0 to put a huge dent in the Clarets’ bid for Premier League survival.

It could be too little too late for bottom club Norwich, who remain in a perilous position but at least has kept 18th-placed Burnley within touching distance and dealt a serious blow to the visitors’ own chances of beating the drop.

While this fixture may have been overshadowed by the top-of-the-table clash between Manchester City and Liverpool later in the afternoon, it was a match of vital importance in the battle to remain in the division.

The result from the other game between Merseyside and Manchester teams this weekend had served to ramp up the pressure at Carrow Road, but chances were created from the off with Milot Rashica testing Burnley goalkeeper Nick Pope before Jay Rodriguez saw a tame header easily saved by Tim Krul at the other end.

Playing with an unexpected degree of freedom, it was Norwich who broke the deadlock through Lees-Melou in the ninth minute.

Burnley failed to deal with Kieran Dowell’s corner and Lees-Melou side-footed into the bottom corner from the edge of the area via a deflection off Josh Brownhill.

Pope was left with no chance but played his part soon after to prevent the Canaries doubling their lead.

Lees-Melou was again involved and sent Pukki away down the right, with the striker’s low effort stopped by the outstretched right boot of England international Pope.

Mathias Normann, urged on by a lifted home crowd, let fly from range minutes later but saw his shot dip too late with Burnley against the ropes.

It had also been that way in midweek against Everton, where Maxwel Cornet’s late goal earned a pivotal three points, and the Ivory Coast attacker saw a stinging drive parried away by Krul in the 26th minute.

Sean Dyche’s side were now on top and Aaron Lennon called the home keeper into action with a cross-cum-shot seconds after another low effort by Cornet had been blocked by Grant Hanley.

Even with Burnley’s improvement, Norwich remained ahead after Ben Gibson made two crucial blocks late in the half to deny his old team.

After an inconspicuous start to the second period, Matej Vydra was introduced by Dyche, who would have wondered how Lees-Melou escaped a second yellow for a foul on Charlie Taylor in the 59th minute.

The visitors made another change not long after with Dwight McNeil summoned and his first involvement should have resulted in the leveller.

McNeil won possession from Sam Byram near the halfway line and burst into space before his low cross found Cornet at the back post, but the Burnley attacker sliced wide from three yards.

Byram’s next contribution was to head away Matthew Lowton’s inviting cross with Rodriguez and Cornet lurking at the back post. A clash of heads between the three produced a three-minute stoppage.

Hanley and Rashica wasted big chances to put the game to bed for Norwich before Pukki did wrap up the points.

Normann produced a wonderful defence-splitting pass into Pukki, who took a touch and rifled into the bottom corner for his ninth goal of the season with five minutes left.

Vydra and Brownhill went close late on for Burnley but it was Norwich’s turn to rediscover that winning feeling.