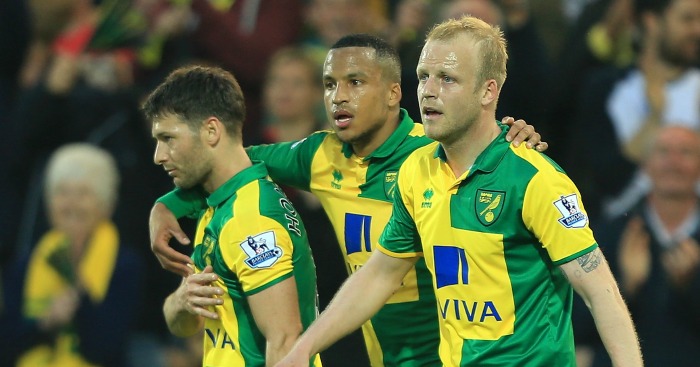 Norwich were relegated from the Premier League despite Nathan Redmond inspiring a 4-2 win over Watford at Carrow Road.

The Canaries ended a four-match scoreless run with goals from Redmond, Dieumerci Mbokani – who scored twice – and a Craig Cathcart own goal.

But it was too little, too late. Sunderland’s victory over Everton rendered the Canaries’ ninth win of the season – and third in 17 games – irrelevant as Alex Neil’s side joined Newcastle and Aston Villa in being demoted.

Watford scored early goals in either half, with Troy Deeney and Odion Ighalo on target.

The Hornets and Bournemouth were promoted alongside Norwich last season and they survive. Norwich are down.

Norwich fans sang in support of manager Alex Neil, who has the board’s backing, while Quique Sanchez Flores’ future at Watford remains uncertain amid reports he will be replaced.