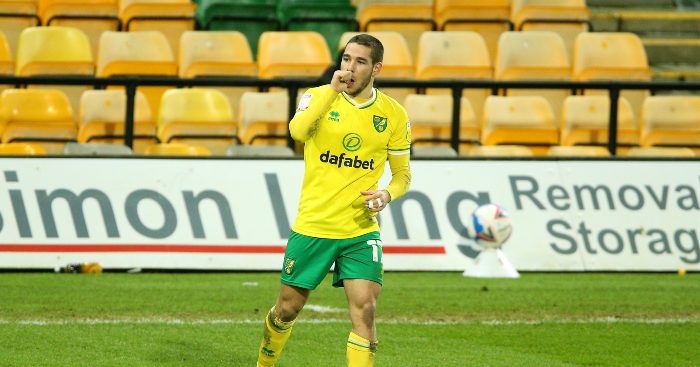 Norwich City boss Daniel Farke has insisted that he is confident that Arsenal target Emi Buendia will stay with the Canaries until the summer.

Buendia joined Norwich in 2018 from Spanish outfit Getafe. He signed a four-year deal with the Canaries ahead of their 2018/19 Championship campaign.

He hit the ground running right away. The playmaker shone in his debut season for Norwich as they finished the campaign as champions.

Buendia played a starring role as he grabbed eight goals and twelve assists en route to their promotion.

Norwich were relegated straight back down to the Championship, but Buendia was one of their best players last term.

The midfielder got one goal and seven assists in the Premier League as Farke’s side finished rock bottom with just 21 points.

Buendia was linked with a move away in the summer, but he was still a Norwich player by the end of the transfer window. His great form has continued into the 2020/21 season. He has seven goals and seven assists as Norwich sit four points clear at the top of the Championship.

Arsenal have been rumoured to be interested in Buendia in recent weeks. He is thought to be a key target for Mikel Arteta who is desperate to sign a new creative midfielder.

But the Gunners may have to wait until the summer to get their man. Speaking during his recent press conference, as cited by The Independent, Farke shut down talk of Buendia leaving in January:

“Nothing will happen with Emi Buendia this month.

“In this business, you can’t confirm something with a 100 per cent guarantee, but I’d label it 99 per cent.

emi Buendia
Your browser is out-of-date!