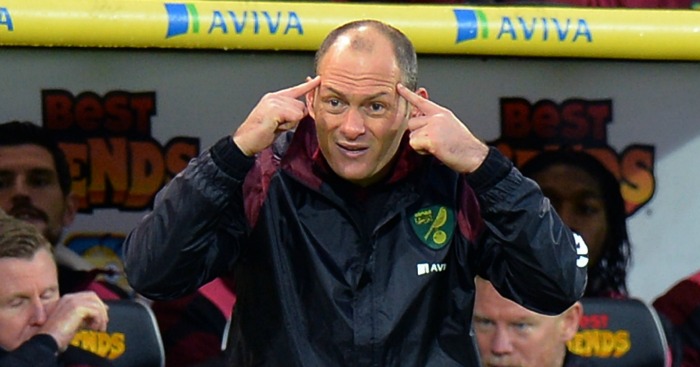 The Norwich board have expressed sorrow at the club’s relegation from the Premier League but offered no reassurances over Alex Neil’s position as manager.

Neil cut a disconsolate figure after Norwich’s demotion was confirmed on Wednesday night despite a 4-2 defeat of Watford at Carrow Road.

The 34-year-old Scot was appointed in January 2015 and guided the Canaries to the top flight via the play-offs 12 months ago. He was non-committal over his future in the immediate aftermath of relegation.

And the statement did not address Neil’s future.

“The Norwich City board of directors and everybody at the club shares the pain and disappointment of our supporters,” the statement read.

“We are proud of our team’s battling and spirited display in the 4-2 win over Watford in our final home game of the season.

“We were immensely proud and humbled as well by the passionate support our manager Alex Neil, his staff and the players received from the fans, throughout the game and after the final whistle.

“However, as a club, our number one objective this season was always to retain our Premier League status.

“We have fallen short of that target and work is already under way to learn from the mistakes that contributed to our failure this season.

“The immediate priority, as stated earlier in the week, is to recruit a new permanent chief executive to lead the club.”