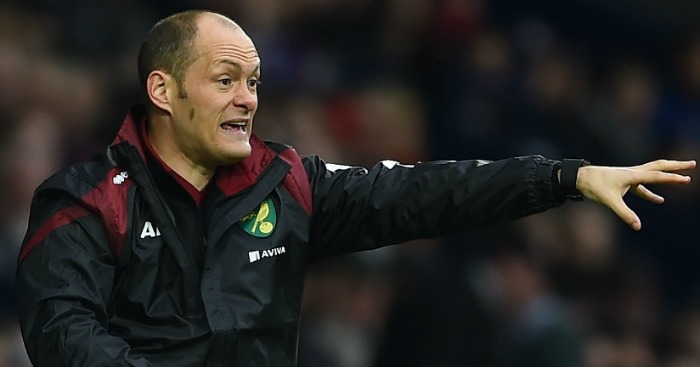 Norwich boss Alex Neil believes survival is in his team’s hands after a crucial 1-0 win at West Brom.

They will drop back in on goal difference if Sunderland win their north-east derby against Newcastle on Sunday, but Brady’s winner eased the mounting pressure on Neil’s men after 11 winless games.

Norwich, who kept their first away clean sheet of the season, host the Magpies and the Black Cats in their final seven games and Neil – who will watch the derby on Sunday – believes safety is in their grasp.

He said: “We have both teams at home, so it’s well within our hands. That’s why the win was crucial. If we didn’t win and Sunderland did, then it takes it out of our hands.

“The fact it’s up to us to keep ourselves in the league is the most important thing.

“The next games dictate how big it becomes. I spoke about the next five games coming up and this was the first. The fact we managed to win this one means the next one at home to Newcastle gives us something to build on.

“John (Ruddy) in goal and the defence will take a lot of heart that they have managed to keep Manchester City and West Brom out. The main factor for us is winning the game.”

Brady was withdrawn with 13 minutes left after landing on the back of his neck following a challenge by Craig Dawson and will link up with the Republic of Ireland for their games against Switzerland and Slovakia before being assessed.

Neil said: “He landed on his neck and we wanted to make sure we took precautions by taking him off. If he’s okay to play (for Ireland) he’ll take part. If he’s not, I’m sure the doctors will do the right thing.”

The Baggies never troubled Ruddy as they slumped to their first home loss since December.

Boss Tony Pulis felt Norwich were no better but conceded his side were poor after three wins from their previous five games.

“We have played so well over the last month or so, to put in a performance like that is really disappointing,” he said.

“We didn’t do anything but I don’t think they did anything. I said at half-time, sometimes you have to grind results out and it just seemed one of those games.

“Their goal was such a poor goal. They have had a break with it but it should never have got to where it got to.

“This week the players trained as well as they have since I’ve been here. They have been really bright but it shows Monday to Friday means nothing. Saturday is when it counts.”