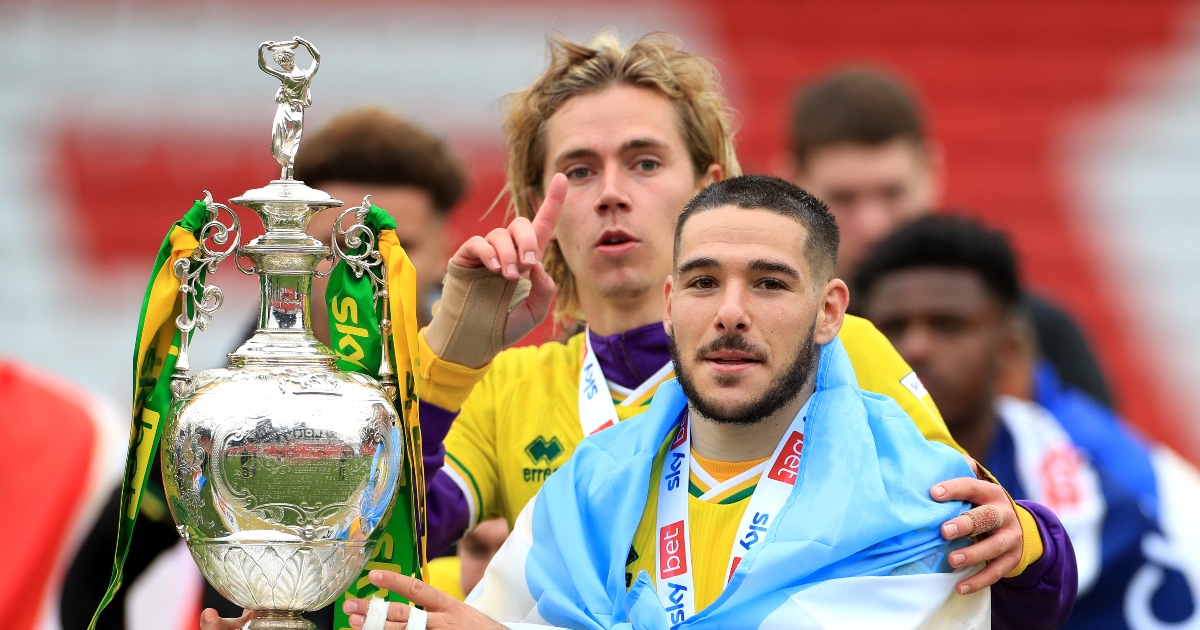 The tricky playmaker has been linked with a Gunners move to fill their central attacking midfield position.

His stock has risen again this season after he reached 15 goals and 17 assists in 39 Championship appearances.

Those goal contributions helped Norwich to secure an immediate return to the Premier League, and it seems they are not keen to lose their star man.

Webber’s valuation also applies to full-back Max Aarons and 23-year-old Todd Cantwell, both of whom are attracting interest from Premier League clubs.

Here’s what the director told BBC Sport: “If we do sell one, it’s going to be a club-record deal.

Arsenal have set their sights on Buendia to provide them with more creativity next season. He could replace Martin Odegaard in Mikel Arteta’s side, should the Gunners fail to sign him permanently from Real Madrid.

Norwich, meanwhile, have a history of selling their top players as part of their business model, which focuses on producing young talent.

They made a £20million profit on England international James Maddison when he joined Leicester City in 2018.

The midfielder was signed from Coventry for just £2million but was soon turned into a top performer.

Ben Godfrey followed in his footsteps by joining Everton for a £25million fee last summer.

When asked about their transfer spending, Webber added that the club would be cautious.

“You can spend £120m net and get relegated. That’s been proven more than once,” Webber said.

“We can’t go all in now just to try to stay up for one season because, if we get relegated, we’re in deep, deep trouble.

“You can do that if you have a rich benefactor who says, ‘spend £100m – if it goes wrong, then I can actually afford to write that off.’ We don’t have that.

“Our version of that would be to go into administration. We can’t take that risk.”

Norwich will be hoping to remain in the Premier League for more than one season for the first time in eight years.

They gained promotion from the Championship in both 2015 and 2019, but were immediately relegated both times.