Home F365 Says This is Norwich City 2.0 and the future is yellow 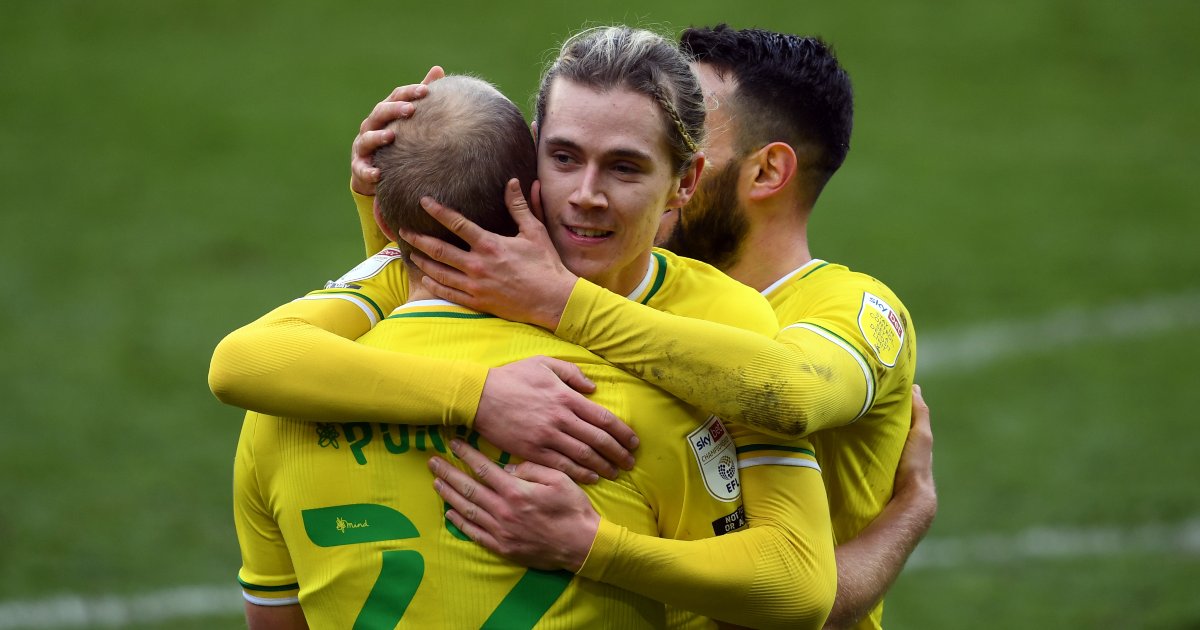 Often, when a team bounces back to the Premier League at the first time of asking after relegation, it can seem quite the anti-climax. With Norwich City’s return to the Premier League looking more and more like an inevitability with every passing victory, the story is quite different. This is a more mature, more efficient, more worthy and ultimately more likely to stay in the Premier League for the long haul Canaries side compared to their counterparts two years ago. Many of the key elements may be the same, but the improvements are immense. This is Norwich City 2.0, better than ever before.

At first glance, it is easy to dismiss Norwich’s success as a foregone conclusion from the off after maintaining the same manager, top scorer, star full-back, international goalkeeper and much of the supporting cast from the last time they were Championship champions. But rather than using that as a stick with which to beat their success, it should be compared to their counterparts.

Norwich’s fellow relegated sides from the 2019/20 Premier League campaign – Watford and Bournemouth – have each had two full-time managers this season, none of whom were the men who actually oversaw their relegations to the second tier of English football.

Not only have the Norfolk side stuck with what they have, but questions have never been asked of head coach Daniel Farke’s position from their runaway relegation, through the summer, to a slow start this season and, of course, through to the present day when Norwich sit 10 points clear at the top with 11 games left. Given their current rampaging fun, it is now a matter of when, not if, they win the division, never mind go up automatically.

It is an epidemic of football that the majority of professional clubs view success and failure by single seasons. It isn’t entirely their fault – it is the way they system has forced many to be – but certain, progressive clubs like Norwich buck that trend and see beyond May and the clamour for every season to end in ‘progress’.

Even in relegation last season, Norwich City were progressing. And it is progression which has led to them being fitter, happier and more productive than ever before in the modern era. In 2018/19 they were undoubtedly good, great even. But they were an immature version of their current selves. They could and would win games at will, but it was through a riskier and more short-term policy of ‘we’ll score one more than you’.

This season, defence has been the key and while Teemu Pukki has a party once more up front with his supporting cast putting up decent numbers and Emi Buendia showcasing his Premier League quality regardless of the division, it is the back five which has surprisingly shone above the rest. Being stripped of key assets Ben Godfrey and Jamal Lewis would be enough to dent any side with ambitions of bouncing back from whence they came at the first attempt, but Norwich will be promoted with a far, far meaner defence. The names may not be as glamorous and the ceilings not so high, Max Aarons aside, but Grant Hanley and Ben Gibson have formed a truly formidable partnership.

And what of Farke? There is a manager in there with aspirations arguably greater than where Norwich can take him but he, like his side, have experienced the highs with the lows in the last two seasons. The highs are here again and despite their relatively small budget, the lows seem so much less likely to return next season. They have scored and conceded 20 fewer goals than at the same stage two years ago and that has left them seven points better off.

Could they carry that improvement into next season and finally discard the yo-yo status that has seen them evenly split the last decade between the top two divisions? Promotion once more is a formality while their subsequent relegation is anything but. And that really is progress.