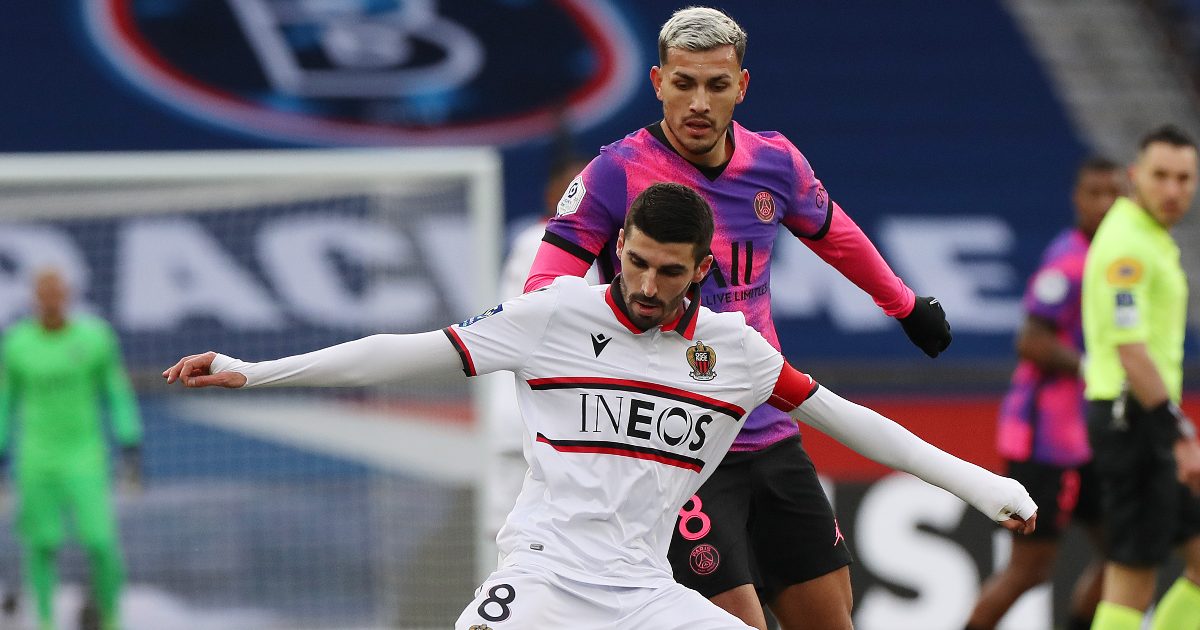 Norwich City have signed Nice midfielder Pierre Lees-Melou for a fee believed to be in the region of £4.5m, the club have confirmed.

The 28-year-old midfielder, who has Champions League and Europa League experience and made more than 150 top-flight appearances in France, joins the promoted Canaries for an undisclosed fee on a three-year deal. Sky Sports have reported that the deal is worth £3.5m plus £1m in add-ons.

“I’m very excited to join Norwich City and discover my new future with the club and its fans,” he told the club’s website. “I can’t wait to play football in Norwich colours.

“I spoke with Daniel (Farke, manager) and Stuart (Webber, sporting director). We had a very long conversation about football and the vision for the team.

“I’ve heard a lot about how Norwich plays football in the right manner and style and also the club’s spirit and mentality. I love that and that got me very excited.”

Lees-Melou follows Milot Rashica and Angus Gunn in signing for Norwich, who have acquired Billy Gilmour on a season-long loan from Chelsea.