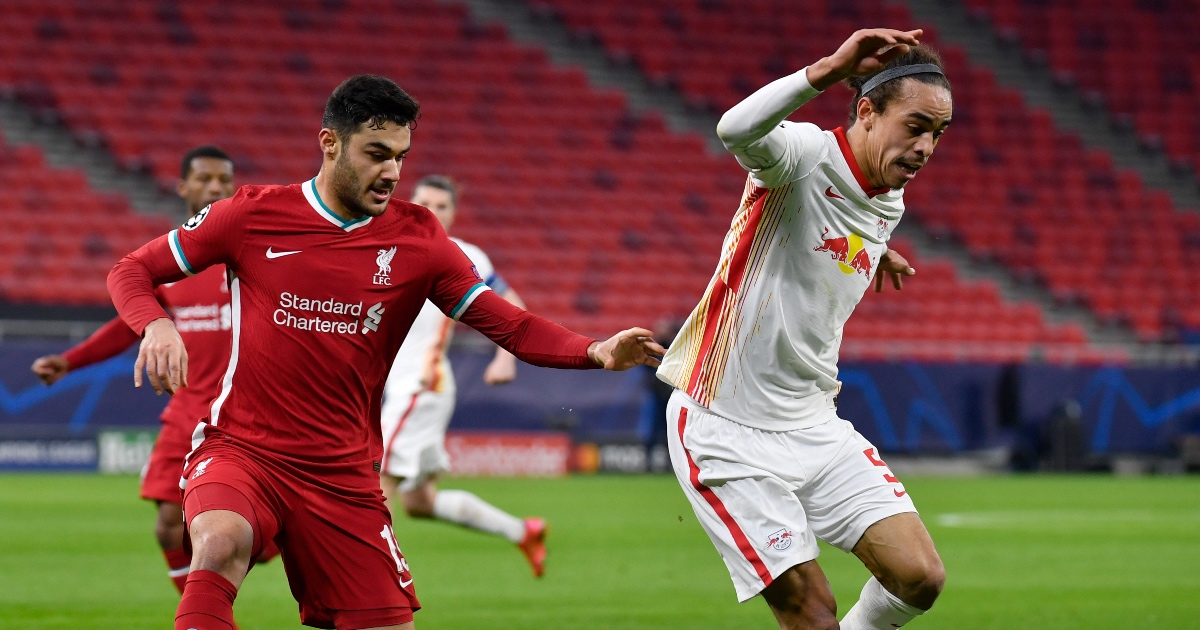 Premier League outfit Norwich City have made an approach to sign former Liverpool defender Ozan Kabak, according to reports.

The Turkey international, 21, spent the second half of last season on loan at Anfield from Schalke.

He was initially brought in as defensive cover and went on to feature in 13 games for the Reds.

There were rumours of a permanent transfer, but Liverpool rejected the chance to land him for £8.5million.

They opted to bring in French centre-back Ibrahima Konate from RB Leipzig instead. He remains their only major summer signing at the time of writing.

Despite Liverpool’s reluctance to buy him, Kabak could still return to the Premier League.

Fabrizio Romano writes that Norwich have made an ‘official bid’ to sign the centre-back before the transfer window closes on Tuesday.

They have overtaken Serie A side Torino in the transfer race, after their proposal was turned down by Schalke three days ago.

Romano claims that Kabak is certain to leave Germany, potentially before Tuesday. The transfer to Carrow Road is said to be a ‘work in progress’.

Leicester City have previously been touted with an interest. However, they turned their attention to Jannik Vestergaard and went on to sign him for £15m.

Although Kabak did not do enough to earn himself a permanent Liverpool switch, the player could become a reliable performer for Norwich.

His signature isn’t likely to cost too much either. Schalke are desperate to sell to give their finances a much-needed boost.

They might have sold star player Emi Buendia, but that has allowed them to improve their squad with a number of shrewd signings.

Long-term Aston Villa target Milot Rashica was brought in for an undisclosed fee in June. Ben Gibson, Josh Sargent, Pierre Lees-Melou and Angus Gunn have also been signed, among others.

Farke will be hoping the new arrivals can help to turn around his team’s form. They are yet to pick up a point in the league, alongside the likes of Arsenal and Wolves.

Their most recent result was a 2-1 defeat at the hands of Leicester.