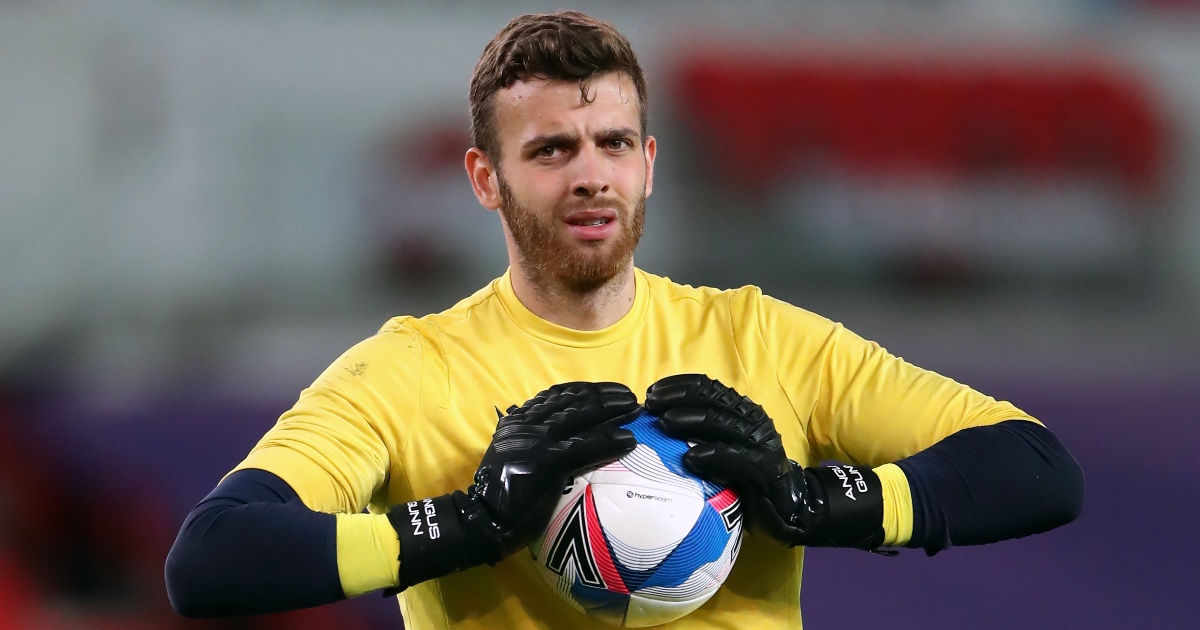 Norwich City are on the verge of bringing keeper Angus Gunn back to Carrow Road, according to reports.

The Canaries are looking to bolster their squad after securing an immediate return to the Premier League under Daniel Farke.

The manager has suggested a new shot-stopper be signed, leading to the pursuit of Gunn.

According to the Daily Mail, Norwich are discussing a £10million deal for Gunn with current club Southampton.

The move will involve an initial £5million fee, plus the rest in add-ons.

Talks are ongoing between the two Premier League sides and are thought to be nearing a conclusion.

Gunn, the son of Norwich legend Bryan, started his youth career at Carrow Road. He signed for Manchester City in 2011 and was promoted to their senior team in 2016.

A loan spell with Norwich followed in 2017, where he played all 46 Championship games. The Canaries ultimately finished 14th in the table, with the keeper conceding 60 goals.

He was then signed by the Saints for a £10million fee. But Ralph Hasenhuttl relies on Alex McCarthy and Fraser Forster in goal, making Gunn surplus to requirements.

Gunn looks set to rival Tim Krul for a place in the starting eleven next season.

He’s an integral part of Farke’s side and will be hard to replace. It’s hoped Gunn can learn from the Dutchman and eventually become his successor.

Gunn isn’t the only player being targeted by the top flight newcomers.

They’re thought to be interested in Celtic centre-back Kristoffer Ajer. He’s also wanted by Newcastle, which means a transfer race could start this summer.

He said: “There are many rumours, and right now there are only rumours.

“It is clear that something will happen this summer. It is the best for both parties.

“(In terms of which) club, I do not want to go into anything.

“We’ll get to that later, but it’s a top five league I aim for.”

Norwich could help to make Ajer a Premier League star. They’ve already been influential in the careers of James Maddison and Ben Godfrey.