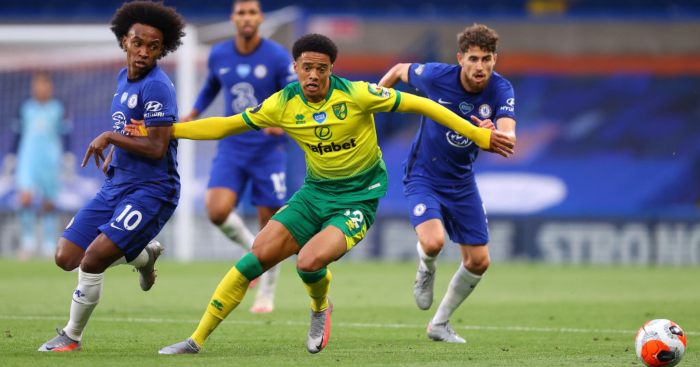 Norwich City have rejected an offer of £10m from Premier League champions Liverpool for their defender Jamal Lewis, according to reports.

The Athletic reporter James Pearce said yesterday that Lewis is eager to get a move to Anfield and is happy to accept a understudy role to Robertson.

And now Liverpool have made a £10m bid for the player which has been turned down by Norwich, according to The Metro after their relegation from the Premier League.

The Metro say that the bid was ‘quickly rejected’ as the Canaries want ‘at least £20m for the full-back’ with Liverpool’s offer ‘well under’ their valuation of Lewis.

The offer was even more undesirable to Norwich as it was divided between £8m up front with the other £2m coming in the form of add-ons.