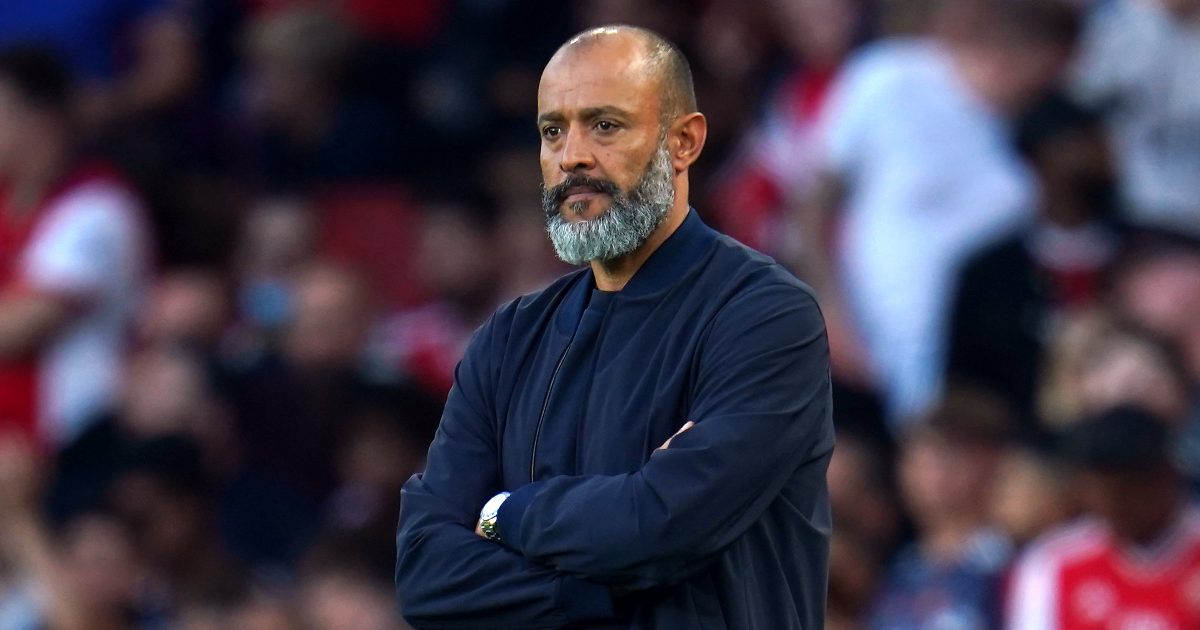 Tottenham Hotspur boss Nuno Espirito Santo revealed after his side’s loss to Arsenal that some of his players did not stick to his game plan.

Spurs were out of form heading into Sunday’s North London derby against Arsenal. That showed on the day as they were comprehensively beaten by their rivals.

Tottenham were 3-0 down at the break as Emile Smith Rowe, Pierre-Emerick Aubameyang and Bukayo Saka got on the scoresheet.

Heung-Min Son got a goal back for Santo’s side with around ten minutes to go but it proved to be just a consolation.

This result leaves Spurs eleventh in the Premier League as they have been leapfrogged in the table by Arsenal.

Santo spoke about the defeat post-match in an interview that has been cited by BBC Sport. He said that his side’s performance was “not good” against the Gunners:

“I’m going to be honest. When you have a game plan you have to make the right decisions in terms of who you want on the pitch to develop that game plan. I won’t name individuals who didn’t play the game plan right but the game plan was not right according to the players who were on the pitch.

“We were not aggressive enough to control Arsenal in midfield. We suffered when we wanted to go in front and we allowed Arsenal to come to us. Bad decisions.

“We prepared the game, had a good meeting, but we were not able to do it. We were not strong enough. It is not easy to tell this. The decisions were not according to the game plan. If you want to be strong in the midfield they were maybe not right the decisions I made. Credit to our opponent, they were better than us.

“We have to separate each game. We lost against Palace and Chelsea in different ways. Against Chelsea we had something to build on – today we have nothing.”

“We need good communication, we must improve mentally and physically the players.”