Home Home Page Front Page Not angry, but disappointed: One 2017/18 letdown per club 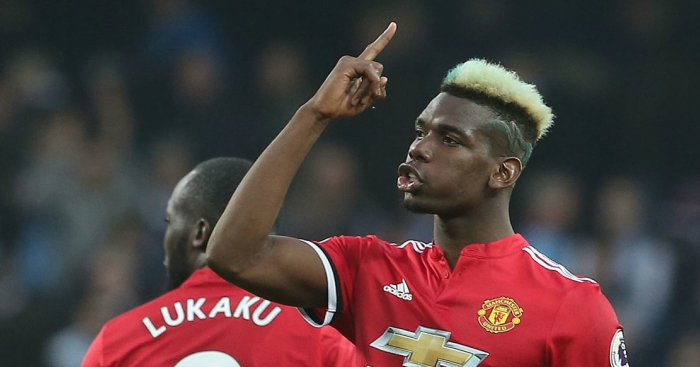 A really important note that I need you to read: I am not saying that any of the players below are awful, or even that they necessarily had bad seasons. I am saying that their 2017/18 wasn’t as good as we expected. And that makes us sad…

Arsenal – Hector Bellerin
The question to which nobody knows the answer: How much has Arsene Wenger – and the uncertainty surrounding his future – impacted upon the form of Arsenal’s younger players, and how much is that a handy excuse for the flaws of those individuals? If we get to draw definitive conclusions next season, all eyes will be on Bellerin.

Bournemouth – Jermain Defoe
When you give a three-year deal to a 34-year-old striker, you expect that he will slow down (and cramp up) towards the end of that contract. So when you agree to pay him £65,000 a week for the entire three-year period, you could really do with him firing in his first season. Defoe’s fractured ankle was clearly just bad fortune, but he’s scored four goals in 22 league games. Will the next two years really be much better?

Brighton – Jurgen Locadia
“He is a strong, powerful and quick centre-forward with a real eye for goal, and will increase our attacking options in the second half of the season,” said Chris Hughton when signing Locadia for a club-record fee of £14m. He might well come good next season, but so far he’s been given 150 minutes of league football. That’s…not a lot.

Burnley – Charlie Taylor
A difficult pick given that most of Sean Dyche’s players have performed above, rather than below, expectation this summer. But Stephen Ward said in October that Taylor’s performance levels meant that he was breathing down Ward’s neck. Can’t help thinking that he’s backed off a little since then.

Chelsea – Tiemoue Bakayoko
They sold Nemanja Matic (solid, reliable, consistent) to a Premier League peer, and replaced him – spending extra money in the process – with a player who has now started one league games in almost three months. The biggest mistake made by any top-half Premier League club this season.

Crystal Palace – Christian Benteke
He’s had 57 shots in the Premier League this season, and scored two goals. That shot conversion rate of 3.51% ranks 201st in the division of players to have taken ten or more shots. He’s supposed be a bloody striker.

Everton – Michael Keane
“First and foremost, the manager was a big factor in me coming to the Club. He played in my position when he was a world-class player for a great Barcelona side and a great Dutch side and the style of football he likes to play will suit me, I believe. I watched a lot of Everton last season and I believe I really suit how the team likes to play. I feel like Everton is the perfect match.” Literally nothing about this quote has worked out.

Huddersfield – Tom Ince
Scored their most important goal of the season against Watford, but that aside it has been a season to confirm the most pessimistic stereotypes of Ince. He really should be able to make the leap from Championship to Premier League, but it’s just not working out.

Leicester City – Kelechi Iheanacho
Iheanacho has finally passed his total number of Premier League minutes for 2016/17 and 2015/16 as a Manchester City player, but that is emphatically a backhanded compliment. Leicester shelled out £25m on one of the most highly-regarded young players in the league. It hasn’t gone well.

Liverpool – Joel Matip
Another club at which most players have performed above expectation, but we never believed that Dejan Lovren would be first-choice at Liverpool even after the arrival of Virgil van Dijk. That’s happened partly because of Lovren’s improvement, but also because Matip has declined from last season to this.

Manchester City – John Stones
Superb until injury, probably the best central defender in the country over that three-month period. But struggles with fitness preceded struggles with form, and the arrival of Aymeric Laporte no longer gives Stones a guaranteed spot in Pep Guardiola’s first-choice side. Presuming he stays, next season is a biggie.

Manchester United – Paul Pogba
Some of the criticism has been over the top, but it was hardly unreasonable to expect better from the pre-season third favourite for the PFA Player of the Year award and the most expensive player in the history of the game, particularly as he got his wish to play in a midfield three and it hardly sparked a revival.

Mikel Merino was absolutely fantastic today by the way. Imagine if he was playing with players of the same caliber, can’t wait #nufc

Not only are we far less excited about Merino than we were after his debut, we’d totally forgotten his existence. Cruel world.

Southampton – Nathan Redmond
Called up by Gareth Southgate for England’s national team a year ago, Redmond is now 40/1 to go to Russia. That’s proof of Southampton’s terrible season and his own career grinding to a halt. Even Pep Guardiola wouldn’t shout compliments in his face if he saw him in the street.

Stoke City – Jese Rodriguez
“Jesé was a man in demand when PSG made it clear they would allow him to leave on loan and we’re delighted he has chosen to join us,’ Chief Executive Tony Scholes said. “He hasn’t had the happiest of periods in his career in Paris but he’s still only a young man and is hungry to make a big impression in the Premier League.” He did make an impression.

Swansea City – Renato Sanches
It does make us very sad indeed, but Sanches was the easiest pick for this list. He arrived under Paul Clement as a favour from Bayern Munich with dreams and hopes in his heart, and left in a cloud of disappointment. We’re now worried whether he can get his career back on track.

Tottenham – Dele Alli
Has he had a poor season? No. Do we need to have a root-and-branch review of his performances and/or behaviour? God no. Has Alli lived up to the expectations that he set last season, when he was absolutely sensational? No again.

Andre Gray is worse than Kerry Dixon in a #watfordfc shirt

West Brom – Grzegorz Krychowiak
Started badly, gradually improved until he had reached a point where you could reasonably say that he was in good form and then promptly tailed off again. Krychowiak arrived from Paris Saint-Germain and was a key first-team player for Sevilla before that, so we were allowed to expect an awful lot better. Hasn’t started a league game for six weeks.

West Ham – Cheikhou Kouyate
No West Ham player’s form has tailed off as badly as Kouyate’s over the last 18 months. We hoped that he might improve after the departure of Slaven Bilic, hardly the defensive organiser that holding midfielders crave. So far, that hasn’t happened. Now watch him go to the World Cup and be brilliant.