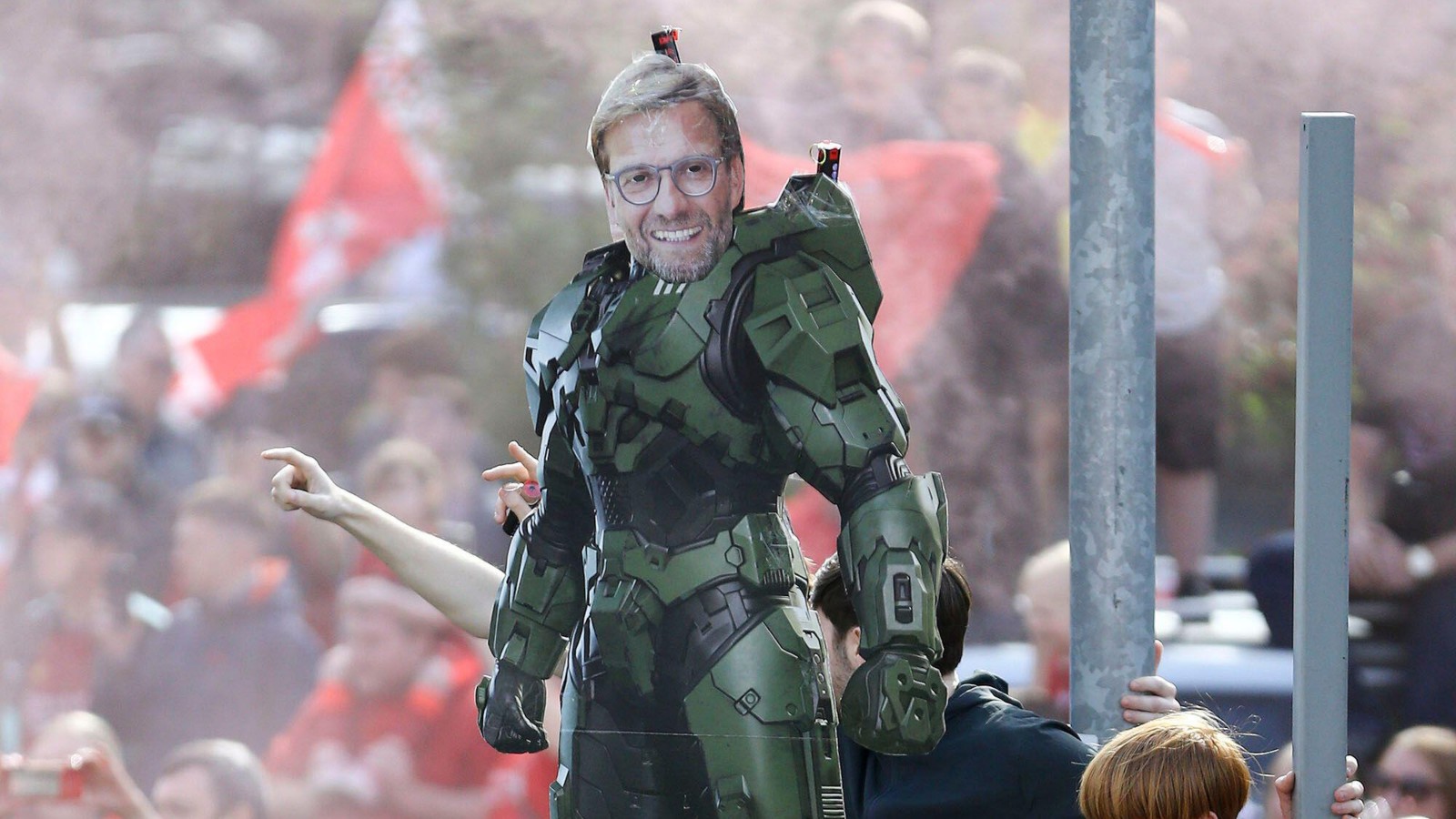 Liverpool manager Jurgen Klopp seemed to rather enjoy the club’s trophy parade despite mockery from many rival supporters.

The idea of an open-top bus parade was scoffed at after Liverpool only won the FA and Carabao Cups this season, finishing runners-up by a point in the Premier League and losing the Champions League final 1-0.

But Klopp was happy that the celebration was arranged as it gave the players a boost after that morale-sapping defeat in France, while allowing them to commemorate the Premier League title that was won during lockdown.

“Without a shadow of a doubt, no club in the world – this world – that they lost the Champions League final the night before and the people arrive here in the shape they are, the mood they are,” Klopp told the club’s media. “Absolutely outstanding.

“This is the best club in the world – I don’t care what other people think!

Jurgen Klopp is a genius. This parade was on him. It was his idea. At midnight last night I could not conceive of the point of a victory parade . Felt for the players being ‘forced’ to do it. Looking at these pictures it suddenly makes all the sense in the world . https://t.co/C8uJrYfpSf

“I wasn’t sure what we can expect. We spoke about it before, ‘What do we do?’ You have to plan this kind of thing. You can’t just decide to have a parade. But I hoped that we find something like this, it’s absolutely incredible.

“That’s the biggest sign you can give to the world. Yes, we won two competitions, great, but we didn’t win the last two – and these people don’t forget, they know exactly what a shift the boys put in. Absolutely incredible. It’s such a boost for everything that will come. Unbelievable.

“I’m proud of the players but I’m proud of these people, to be honest. Unbelievable. Yesterday in the stadium some things happened that nobody understood, our families were in trouble, all these kinds of things. Now we come here and see this, when you see the eyes of the people, it’s incredible. That’s the best sign you can get: you don’t have to win, you just need to put all that you have in, really throw everything on the pitch and the people of Liverpool love you.

“I love you all! And I’m not drunk, not a little bit, just emotional!”