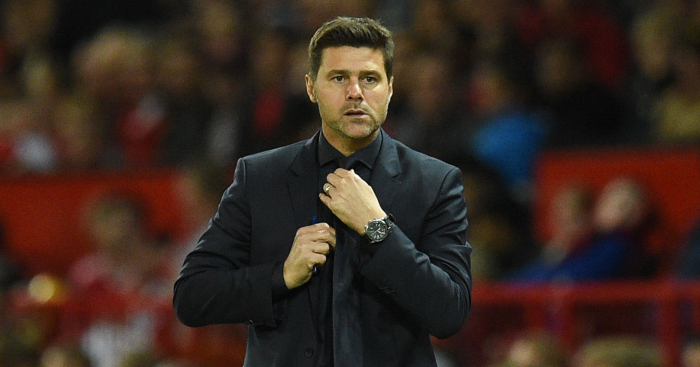 If you’ve had one or two more than you strictly should have at Friday lunchtime, the worst thing you can do on your return to the office is try too hard. You’ll walk a little too rigidly, place your mug down slightly too carefully, and while it’s true that you’ve not fallen over or spilt anything down your shirt, people can still tell, if only from the sheer look of concentration on your face.

This victory over Brighton was Tottenham returning to work, looking a little sheepish, a little strained, but ultimately getting away with it after accidentally pissing themselves a little bit over the last few games. To say they had just suffered three successive 2-1 defeats does not tell the full story of two abject collapses after leading against Watford and Inter, either side of an absolute battering at Liverpool’s hands that on another day would have been 4-1.

The news cycle can be punishing and over-egged, but on this occasion the concerns about Spurs’ direction were justified. A solid foundation of constant individual improvement and consistent top-four finishes under Mauricio Pochettino, coupled with the feel-good factor of moving to their handsomely appointed new home, had set expectations just that little bit higher, and there was little reason to think they couldn’t and wouldn’t live up to them.

But Spurs just wouldn’t be Spurs if they didn’t sabotage themselves just when things were starting to look rosy. Ticket prices shot up despite club accounts showing that Daniel Levy’s remuneration had more than doubled, rightly upsetting matchgoing fans. The new stadium was delayed, and then delayed again, amid reports that contractors had been drinking and doing cocaine on the building site, necessitating embarrassing cap-in-hand moves to Wembley and Milton Keynes. Harry Kane returned from the World Cup looking tired and laboured. Their captain, Hugo Lloris, was done for drink-driving and then got injured, with his deputy, Michel Vorm, badly underperforming.

All of those things may be unconnected, a result of nothing more than unkind timing; the footballing equivalent of a bad hair day. But when fans and neutrals expect you to take things to the next level, they will be understandably impatient and unsympathetic about such setbacks – particularly when two of the current top three finished directly below you in the league last season, the other being last year’s runaway champions.

As such, Spurs turned up at Brighton with the telltale outline of a wet patch still visible on their trousers, and spent the first two-thirds of the game trying their hardest to stay calm, rather than actually being calm. They had all the possession but little urgency, seemingly more focused on not pissing themselves again than on actually getting down to doing a good job.

If Pochettino’s intention and ambition for this game was to just get quietly back on track, then mission accomplished – just about. The penalty they won for handball and converted through Kane just before half time was somewhat fortuitous, but their territorial advantage meant it was always a possibility.

No sooner had I written ‘Spurs are starting to look more like their usual selves again’ in my notes that Brighton created their best three chances in the space of just four minutes: Paulo Gazzaniga – the third-choice keeper who replaced Vorm in goal – saved from Solly March and Anthony Knockaert, and Lewis Dunk had a goal correctly ruled out for offside.

Any of those going in could have shattered Spurs once again, but as with the penalty decision, luck was on their side for once. That is not to damn with faint praise: when you’re as fragile on your feet as Spurs have become, those moments are (entirely illogically) what makes you start to believe you’re going to get away with it.

That belief turned into another goal, with Erik Lamela finishing off a lovely move he started by playing a ball for Lucas Moura to pass on to Danny Rose, who returned it for the Argentinian to sweep into the far corner.

Anthony Knockaert’s late consolation leaves Tottenham with a faint odour of urine emanating from their metaphorical crotch, but while their dignity may be far from restored, Spurs will just be glad to have made it out and onto the next working day without causing another massive scene. And that’s a start. The important thing now is to make sure this little blip remains a one-off before people start routinely calling them Johnny Pisspants.