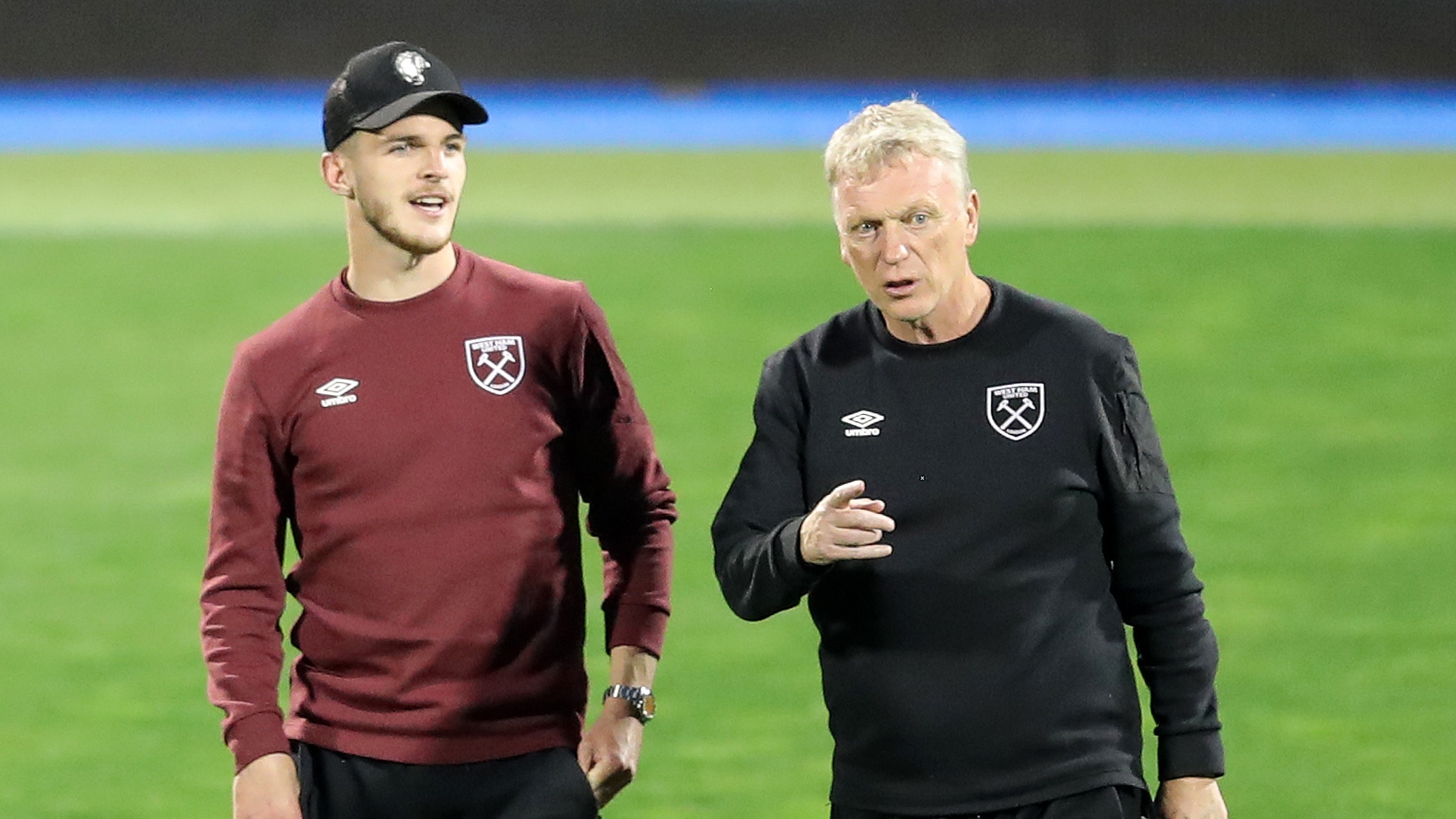 West Ham manager David Moyes insists Declan Rice will not sold for anything less than £150m, amid links to Man Utd and Chelsea.

“The first thing to say is that he is not for sale,” said Moyes.

“But if you are interested, well, it will be north of that, because £100million was cheap last summer, and £150million just now would be minimum – but he is not for sale.

“I look at what Tottenham did with Harry Kane, albeit it in a different way. They said, ‘no, there is a price and if someone wants to pay the price, then we’d probably do it. If they don’t then he’s not going anywhere’. That’s it, they have kept him.

“In many ways, the football clubs are the people in charge, they’ve got the contracts.

“There will be times when players have got the power but at the moment we have got Declan on the best part of a three-and-a-half-year contract, just like Tottenham have got Harry Kane on a contract and they control what happens.”

Moyes also confirmed that Manuel Lanzini is “sore but OK” following the car crash he was involved in on Thursday.

The 29-year-old was on his way to the Premier League club’s training ground in Rush Green, east London, when the car he was travelling in skidded off the A12 and into a ditch at around 2pm.

Argentina international Lanzini, who was being driven by a chauffeur, was assessed by medics and suffered no serious injuries.

Moyes said: “I can’t tell you what happened because I wasn’t there and I’ve only got the information you’ve got.

“The car went into a ditch off the road. He’s a bit sore but he’s OK. It was terrible. For any of us.

“We don’t want to go on too much about it. It happens in all walks of life. It happened to Manuel but he’s OK, thankfully.”