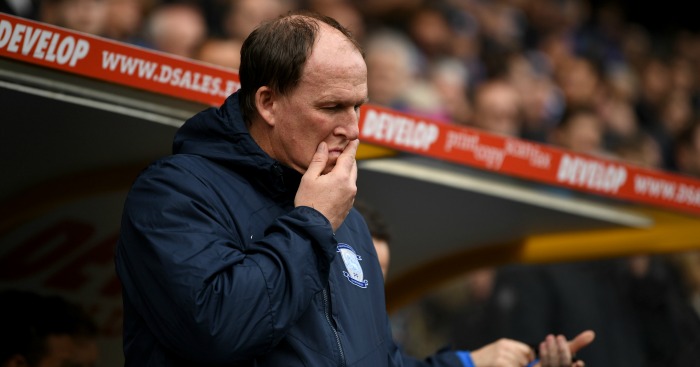 Sunderland owner Ellis Short has shelved takeover talks after deciding a sale “would not be in the best interests” of the club.

Minutes after Preston announced that the Black Cats had been given permission to speak to Simon Grayson about the managerial vacancy at the Stadium of Light, Sunderland released a statement confirming that talks with potential buyers had come to an end and that Short will remain at the helm.

The statement said: “Recently, we informed supporters that discussions were taking place with parties who had expressed an interest in acquiring ownership of Sunderland AFC. Subsequently, more detailed talks were held over the last week with one of these groups.

“Ellis Short and the board were committed to ascertain if this group was better placed to take the club forward in the right way and to improve it, both on and off the pitch.

“A defined time frame was placed on discussions to ensure that the club could move forward quickly and decisively with its plans for the new season should they not come to fruition.

“We have concluded these talks and have determined that this proposed sale would not be in the best interests of Sunderland AFC.

“Ellis Short will continue his commitment to the club, both financially and personally, moving forward.

“We would like to thank our supporters for their patience during what we know has been a period of uncertainty and frustration for them.”

Sunderland have found themselves in a state of flux since relegation from the Premier League was confirmed, prompting David Moyes to resign on May 22.

Chief executive Martin Bain has been charged with the task of replacing the Scot, although his efforts had been hampered by ongoing discussions over the club’s ownership between Short and German and American consortia.

The search for a new manager was put on hold after Aberdeen boss Derek McInnes had rejected the Black Cats’ overtures with the club engulfed in uncertainty, and a series of other potential candidates, including former United States boss Jurgen Klinsmann and ex-Leicester manager Nigel Pearson, had distanced themselves from the job.

However, news that the takeover talks are now at an end have removed a degree of that uncertainty and the club have confirmed they have been given permission to speak to Grayson.

The statement continued: “Preston North End have granted us permission to speak with Simon Grayson regarding the manager’s position.”

Preston revealed they had reluctantly granted permission for their manager to hold talks with the Black Cats, with a compensation package already stipulated in his contract.

A club statement said: “Preston North End have today been contacted by Sunderland Football Club to ask permission to speak to Simon Grayson in relation to their vacant managerial position.

“Having spoken to Simon, he has asked permission to speak to the Black Cats and therefore the club had no option but to allow these conversations to take place with a compensation package already guaranteed in his contract.

“Whilst these talks are ongoing, Steve Thompson will be in charge of first team affairs.

“The club will make no further comment at this stage.”