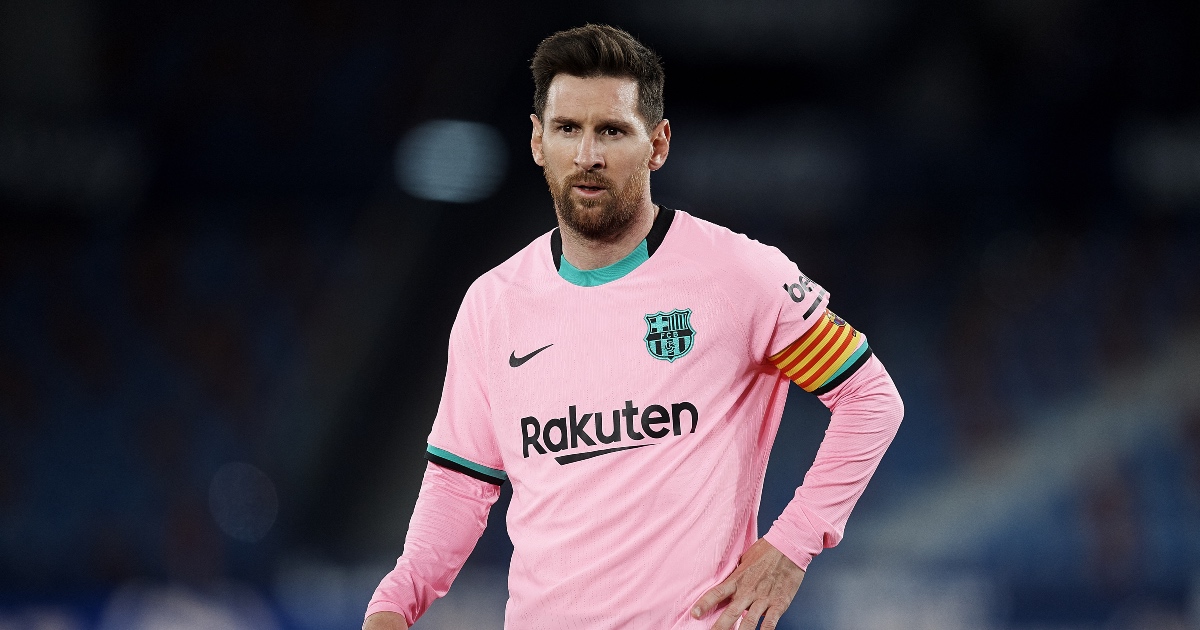 Pep Guardiola has ruled Manchester City out of the race for Lionel Messi, claiming a move for the superstar is ‘not in our thoughts’.

The 34-year-old is free to find a new club this summer after ‘financial obstacles’ prevented him from signing a new contract.

Barca had sold a number of players in an attempt to keep him but it seems their efforts have not worked.

We need Jack Grealish and his throwback charm more than ever

Paris Saint-Germain seems to be Messi’s most likely destination after he spoke with manager Mauricio Pochettino.

Messi is also good friends with PSG forward Neymar, following their successful time together at the Nou Camp.

City have also been linked, with reports earlier on Friday insisting that the Manchester club have offered him a three-year deal.

The package includes two years under Guardiola in the Premier League before a one-year spell with New York City FC in MLS.

But Guardiola says a bid for Messi isn’t in the works.

When asked about the Argentinian, he said: “It looked like it finished well in terms of continuing with Barcelona and in the end it was a surprise for everyone, me included of course but I think [Barca president] Joan Laporta was clear today the reason why.

“Right now it is not in our thoughts [to sign Messi], absolutely not.”

Messi was close to a City move last summer after handing in a transfer request to Barca officials.

He had become dissatisfied with the direction of the club but was soon persuaded to stay by Laporta and manager Ronald Koeman.

He will now leave due to the club’s financial problems. They were operating way over their wage cap, according to La Liga chief Javier Tebas, which is why they couldn’t sign on Messi or any of their new players.

Sergio Aguero, Memphis Depay and Eric Garcia can now all be confirmed but it remains to be seen how Barca will cope without their star man.

Guardiola added: “Unfortunately, because as a supporter for my club, I would love him to finish but today the club’s sustainability is so important and what happened in the last year was really not good.

“That is why he arrives in this. I have incredible gratitude as a fan for the most extraordinary player I see in my life. Much more than the titles he helped to win Barcelona, how he helped me to be a better manager and to go to Munich and after to England.

“The incredible emotion and actions to be in front of the team and to watch him what he can do with the ball, with his mates in one football game, day by day, game by game, he would make something unique.

“Hopefully one day we can properly say the best farewell game ever. He deserves it for his contribution to this club for another level but if Laporta arrives in this situation it is unfortunately because someone before didn’t do well.”