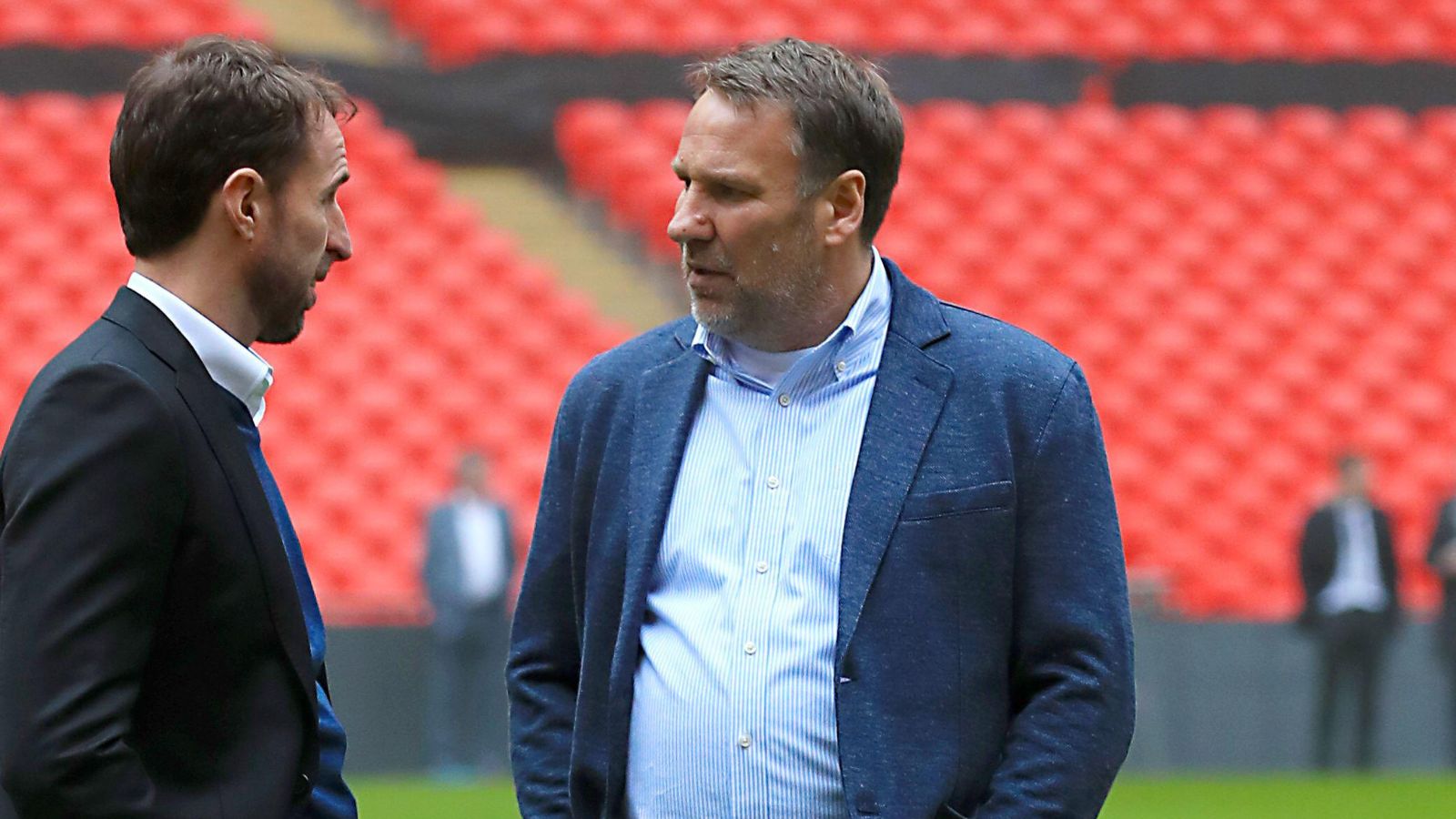 Paul Merson has admitted that he “feels for” Arsenal defender Nuno Tavares after their 3-0 defeat against Crystal Palace.

The 22-year-old signed for the Gunners last summer from Benfica for around £8m.

The full-back has been in and out of the team this term as he has played 20 times across all competitions.

Tavares came into the starting eleven on Monday night against Palace. His last league start for Arsenal was back on February 12.

The Portugal U21 international was brought off at the break as Arsenal were trailing 2-0. Their defeat leaves them fifth in the table.

The Gunners are level on points with Tottenham, but their rivals have the better goal difference.

Arsenal have been dealt a blow as Tavares’ teammate Kieran Tierney has been ruled out for the rest of the season.

Merson feels sorry for Tavares after his disappointing performance at Selhurst Park:

“Kieran Tierney is going to be a big miss for Arsenal, after his knee injury before the Palace game. He’s one of the players you can’t afford to take out of this Arsenal team. He’s solid, he’s an 8/10 every week, he sets an example,” Merson told Sky Sports.

“He’s a winner – you know what you’re going to get with him, and he was a big miss on Monday night.

“Nuno Tavares had one of them games at left-back, but it’s hard when you’re out of the team for so long. You’re not really playing football – you’re just training. Even playing in the U23s, it’s not the Premier League.

“To come in and say: ‘Right, play in this game’ – you feel for these players. No matter how much you train, it’s not the same as playing.”

Elsewhere, Martin Odegaard has told his Arsenal teammates that there is no time to feel sorry for themselves despite Monday’s “terrible” performance:

“It was a terrible game from us from start to finish. Maybe a bit better in the last 10 minutes, but in general I think it was a really bad performance,” Odegaard accepted.

“We should have done much better, but there is no time to feel sorry for ourselves. We have to get back to work and think about the next game already.