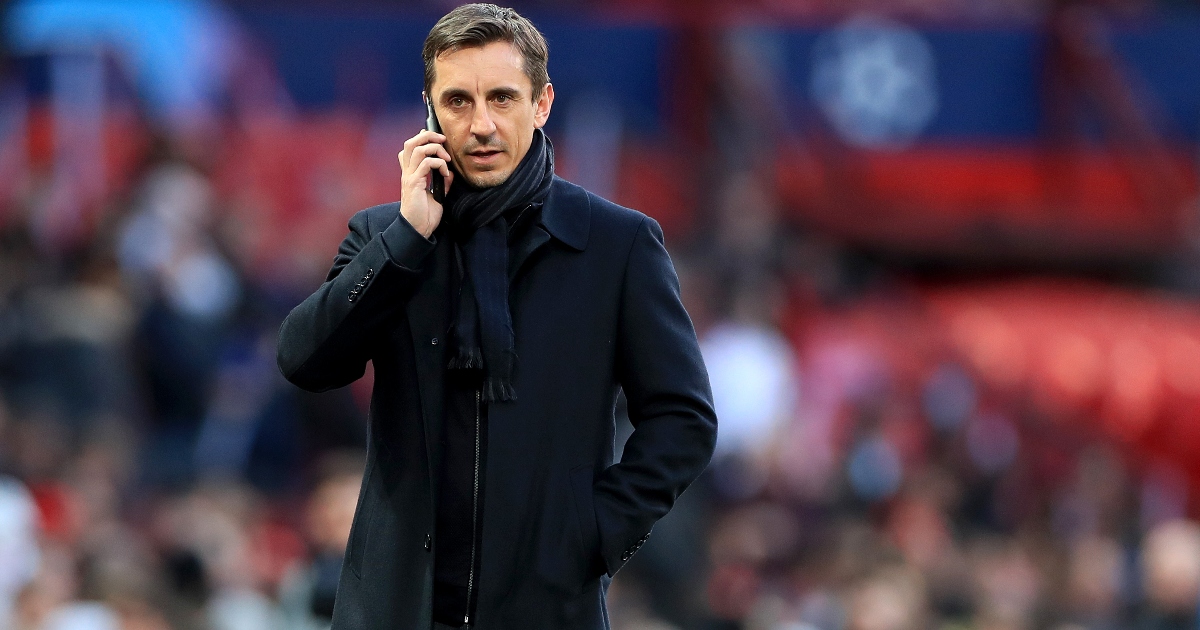 He has been linked with the managerial role at Old Trafford for a few weeks following Man Utd’s slow start to the season.

Liverpool destroyed the Red Devils 5-0 on Sunday, adding to the pressure that Solskjaer is currently under.

Despite Conte’s terrific reputation, Neville doesn’t believe the Italian manager is the right man for job, if it becomes vacant.

“They won’t bring a hitman in again. A hitman who comes in and does a job for two years,” Neville said on Sky Sports (quotes via the Daily Mail).

“Fantastic, you see his energy on the pitch. There’s a true saying that the team mirrors the manager, and that’s what they’ve done with him.” #mufc pic.twitter.com/JKIxK6iqzZ

Neville also believes that United will stick with Solskjaer until the end of the season. The club legend does not believe they will let the 48-year-old go, like they did with van Gaal and Mourinho in the past.

“In another part of Manchester United’s recent history, he’d have been in trouble but because of what’s happened with Van Gaal and Mourinho, and the change that’s happened, they’re not going to do that now.

“My point is Jose Mourinho was the best manager in the world when he came to Manchester United and he didn’t do it here.”

Next up for United is Tottenham away from home in the Premier League on Saturday.