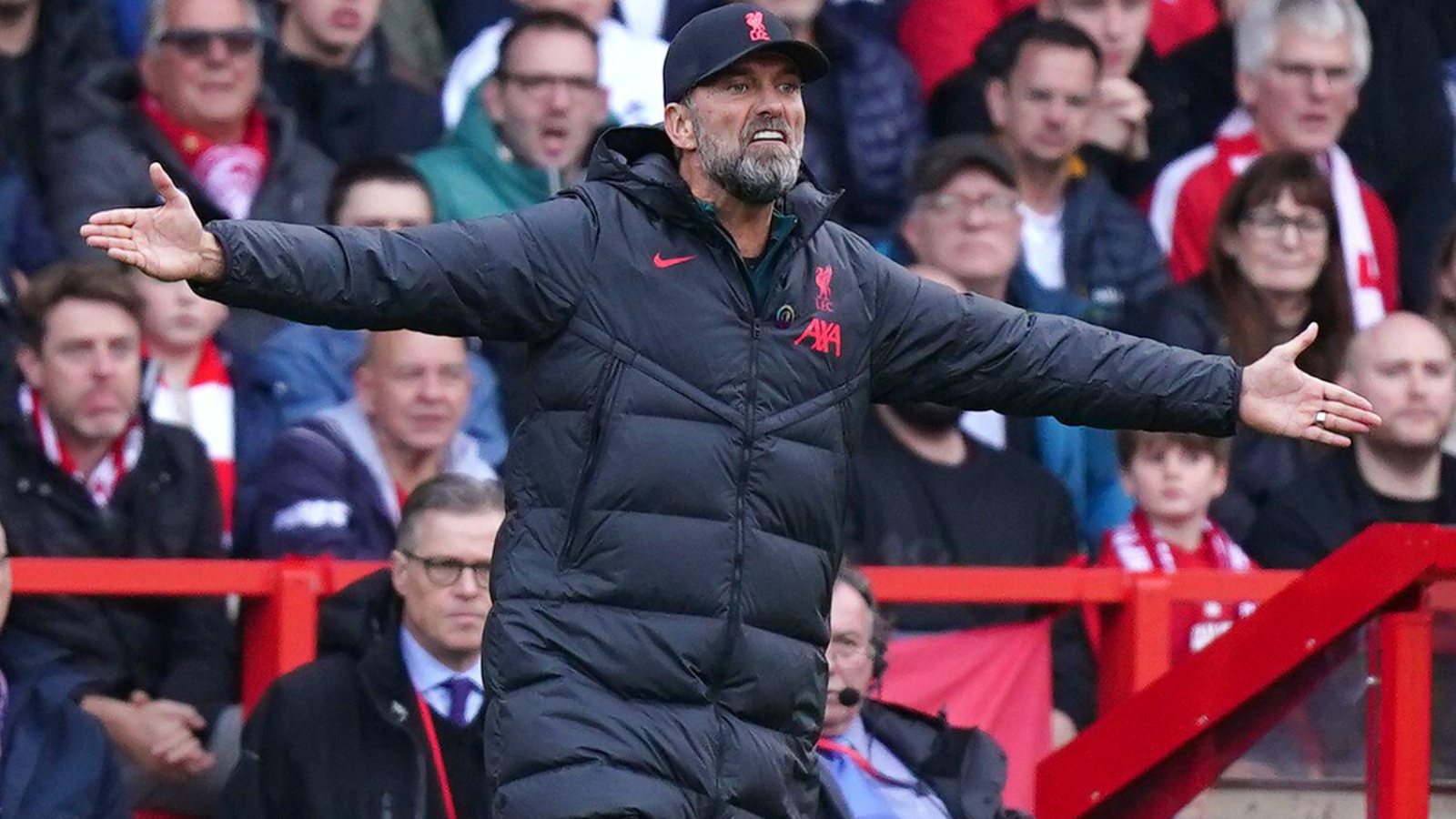 Jurgen Klopp could not explain how Liverpool lost at Nottingham Forest after seeing his wasteful side fail to score from ‘four or five no-brainers’.

Forest ended their 10-game winless streak in style as Taiwo Awoniyi scored against his former club to stop their Premier League revival.

Awoniyi was on the books at Anfield for six years without ever playing for them, but showed Klopp what he was all about, securing a famous 1-0 win that lifts Forest off the bottom of the table after his second-half goal.

Liverpool were off-colour all afternoon, particularly in front of goal, with Virgil van Dijk and Roberto Firmino among the players to waste big chances as Forest struggled to deal with set-pieces.

“The performance I can kind of explain, the result not to be honest,” said Klopp on BT Sport. “I never saw a game where one team has four or five no-brainers from a set-piece where we have to finish it off. The way they defend we were perfectly prepared for that. We had to put the game to bed to be perfectly honest.

“The goal we conceded was a big mistake from us. We lose the ball and give them the free-kick and this can happen around set pieces. Apart from that, all the chances they had we gave them.

"It's a game you win by doing the right stuff again and again, but obviously, we didn't…" 🙄

“We arrived with consistency but we had six games with a limited squad playing three high intense games. That’s how it is, we cannot change that and we have to fight through. Result-wise we should have showed consistency today. We could have had it by finishing situations off.

“Giving a team six clear chances after a set piece I’m not sure where I should put the praise to be honest. They are a great team and Steve is a great manager but for us today we have to win here and we didn’t, so credit to Nottingham.”

Klopp continued to bemoan his side’s profligacy during his post-match press conference.

“Who can be blamed for not finishing the situations off? There are not a lot of people out there, it’s just us,” said Klopp, who was without Thiago after he woke up with an ear infection.

“That’s why you have to feel it. It’s a big blow for us because we wanted to get the three points.

“I can’t explain the result, not really. This game was decided in six or seven situations, the set-pieces they used and the set-pieces we didn’t use. It was a difficult game.

“They are not in a great situation and it was a super intense week for us, we had to change (the team) late. We had to put in a big fight and the boys did. It was intense, six days, three games and a limited squad. I really thought we made a real fight of it.

“We were lacking runs in behind, vision in the centre and we didn’t create that much.”