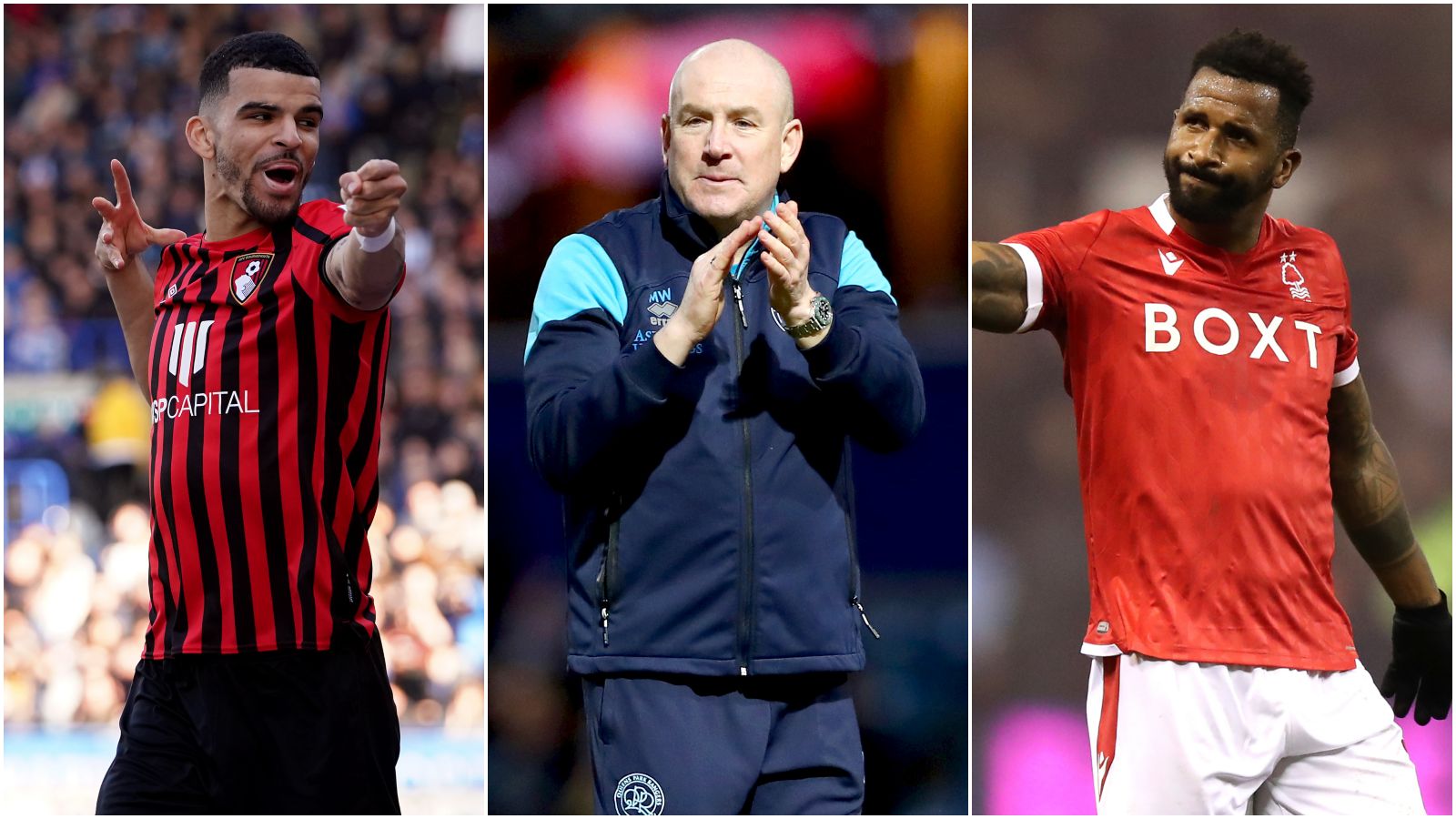 Nottingham Forest were in FA Cup action but watched some of their play-off rivals falter; Mark Warburton may now be in trouble.

Peterborough v QPR
Peterborough have won eight games in all competitions this season; three of those have come against QPR.

While the FA Cup victory in February left little cheer long term, completing a league double over the Londoners may just be what keeps the Posh in the Championship this season. A sixth league victory of the season – and their first in 16 second-tier matches – breathes new and unexpected hope into a campaign which had seemed like a lost cause long before Grant McCann returned to the London Road home dugout last month.

Reading’s victory the day before meant Peterborough could not afford to rest on Sunday. This lunchtime clash had become the very definition of must-win, but Jonson Clarke-Harris’ double and Jack Marriot’s wonder strike to roll back the years in PE2 meant that minimum objective had been achieved. A first victory since that cup win over the same opposition brings to mind the ‘can we play you every week?’ chant; Peterborough would be fighting for promotion, not against relegation.

Luton Town
A combination of home defeat for Huddersfield and a victory on the road for Luton meant the Hatters embraced yet more new heights as they became the best of the rest in third place. That top six may be an ever-changing scenario behind the runaway leaders of Fulham and Bournemouth, but Nathan Jones and co. have been on a rapid ascent to this position across the last 10 years in their rise back from non-league and especially so this season. There are many teams and fans with a personal stake in promotion even at this late stage of the campaign. But none could begrudge the fairytale of the team with the lowest budget who have been on the brink of collapse as a club this century reaching the Premier League come May.

Elijah Adebayo
If Luton’s remarkable campaign is built on Jones’ ethos of the team always coming ahead of the individual, it is still impossible to deny the impact striker Adebayo has had on this team. Adebayo scored the first and set up the second of Luton’s goals on Saturday, taking him to 14 and four in those respective tallies for the season.

Picked up from League Two Walsall, from whom most Championship clubs would turn up their nose, and still just 24 years old, there is no doubt that Adebayo – like his employers – is the real deal.

Sander Berge
The Norway international midfielder is something of an enigma. Having been linked with Arsenal and Manchester United before Sheffield United stole in on the hype while riding the crest of the wave that was their first season back in the Premier League, a combination of factors meant Berge has rarely been able to showcase his best for the Blades either in the top flight or the Championship, but his third goal in four second-tier games set Paul Heckingbottom’s side on the way to victory in a South Yorkshire derby. If he can stay fit, Berge might be the difference in getting Sheffield United straight back to the Premier League. That would be a good signing.

Dominic Solanke
Like Adebayo, Solanke both scored and assisted in Bournemouth’s potentially season-defining smashing of Huddersfield Town. Earlier this month, the Terriers had more points on the board than the Cherries, but successive yet opposite runs of form see Scott Parker’s side back in control of their own destiny. Solanke recorded goal involvements 28 and 29 for the season on a sunny afternoon in Kirklees. He is already Premier League quality and he will almost certainly get to prove it next season.

Josh Laurent
Reading midfielder Laurent was linked with what seemed like a sidewards move to Nottingham Forest in the summer. That the clubs are fighting at different ends of the table is immaterial; Laurent had looked every inch a player ready for a step up to the Premier League across his time with the Royals. This season, his absence has been keenly felt but he made up for lost time by firing his first goal of the campaign to keep daylight between Reading and the relegation zone. If ever a player was too good to be relegated from this level of football, Laurent is up there.

Andi Weimann
Bristol City’s Austrian superstar has been a revelation for Bristol City this season, one of a handful of bright sparks in a season which has contained much darkness too. His 18th strike of the season was one of his finest technically, volleying in what should have been a late winner. While the Robins’ usual tendencies came back to haunt them once more, this was still a wonderful weekend on a personal level for the veteran forward, earning a first call-up to the national team in seven years. On this form, he may just break his Austria scoring duck too.

Nottingham Forest
Impressive against Liverpool, but more importantly, Forest have the best goal difference outside the top two and are just three points off sixth place with at least two games in hand on everyone from third to sixth. With three games in hand over Blackburn in that final play-off spot, Steve Cooper’s side will know that they could and should establish themselves in the top six once two birds in the bush become a bird in the hand.

Mark Warburton
QPR are not alone in seeing their promotion battle slip away, but their manager Mark Warburton is beginning to cut an isolated figure from a fanbase which adored him not so long ago. In losing at home to Peterborough despite taking the lead, the Londoners lost for a fourth time in their last six outings and a place in the top six is looking less likely than at any point this season. Warburton is not quite toast, but increasingly baffling team selections and in-game substitutions are punishing the capital club far too often to escape criticism.

QPR have dropped out of the top six altogether and while the game in hand they have on some of those above affords them the caveat of having a return to those spots in their own hands, confidence that they could take advantage of such a position is at a season-long low. With rumours that the dressing room has been lost, it looks too as if an unlikely promotion tilt has at last gone out of the window.

Gary Rowett’s Stoke return
Gary Rowett endured a miserable eight months as Stoke City boss across much of 2018 and the first week of 2019. His latest return to the Potteries provided little more reason to look back on the Gateway to the North with fondness. An eight-game unbeaten run had seen his Millwall side come into contention for a promotion bid of their own. At Stoke, completely out of sorts and playing for nothing other than pride, another notch in the undefeated bedknob should have been the least Millwall got. But they never turned up while Stoke put in the most complete performance with Rowett in the bet365 Stadium dugout. Millwall can afford no more slip-ups if they are to extend their season beyond the end of April.

A worrying Swansea performance
It has long since been accepted that this season is acting as the warm-up act for 2022/23 when Russell Martin’s project in south Wales will begin to bear tangible fruit. As such, a clash with fellow mid-table outfit Birmingham should have offered some positive signs for the months ahead. Instead, Lee Bowyer’s side outclassed Swansea in almost every metric other than the scoreline in a goalless stalemate. Martin has credit in the bank, but days like this do create doubts in what Swansea are going to do in the coming years.

Barnsley’s eggs in one basket
Realistically, Barnsley wouldn’t have marked a game with high flying and in form Sheffield United as one from which to get points. But they cannot be picky, and with only three more games to play than the points tally that separates them from safety, they can no longer afford to put all their eggs in the basket of beating Reading in early April. The odd defeat is to be expected despite the upturn in form, but the Tykes must not let it become the start of a slump.

Bristol City v West Brom
This was an entertaining affair. Kudos to both sides for that, but it was only such because the worst characteristics of both sides were on show. West Brom struggled to assert their dominance on the game to the scoreline while struggling on the road as they have done all season, while Bristol City snatched a draw from the jaws of victory in the dying embers of a match yet again. This is the eighth time they have dropped points from conceding in the 89th minute or later. That the last-minute leveller came from the much-derided Adam Reach speaks volumes about the state of both sides.

Early season promotion dark horses
Huddersfield, Blackburn and QPR have shocked and awed in their respective promotion pushes this season. This weekend, defeats across the board for the blue-and-white cladded trio left all three feeling the former colour. With more than a handful of sides waiting in the wings for those play-off spots, it may be that none of the three manage to finish inside the play-offs when all is said and done.