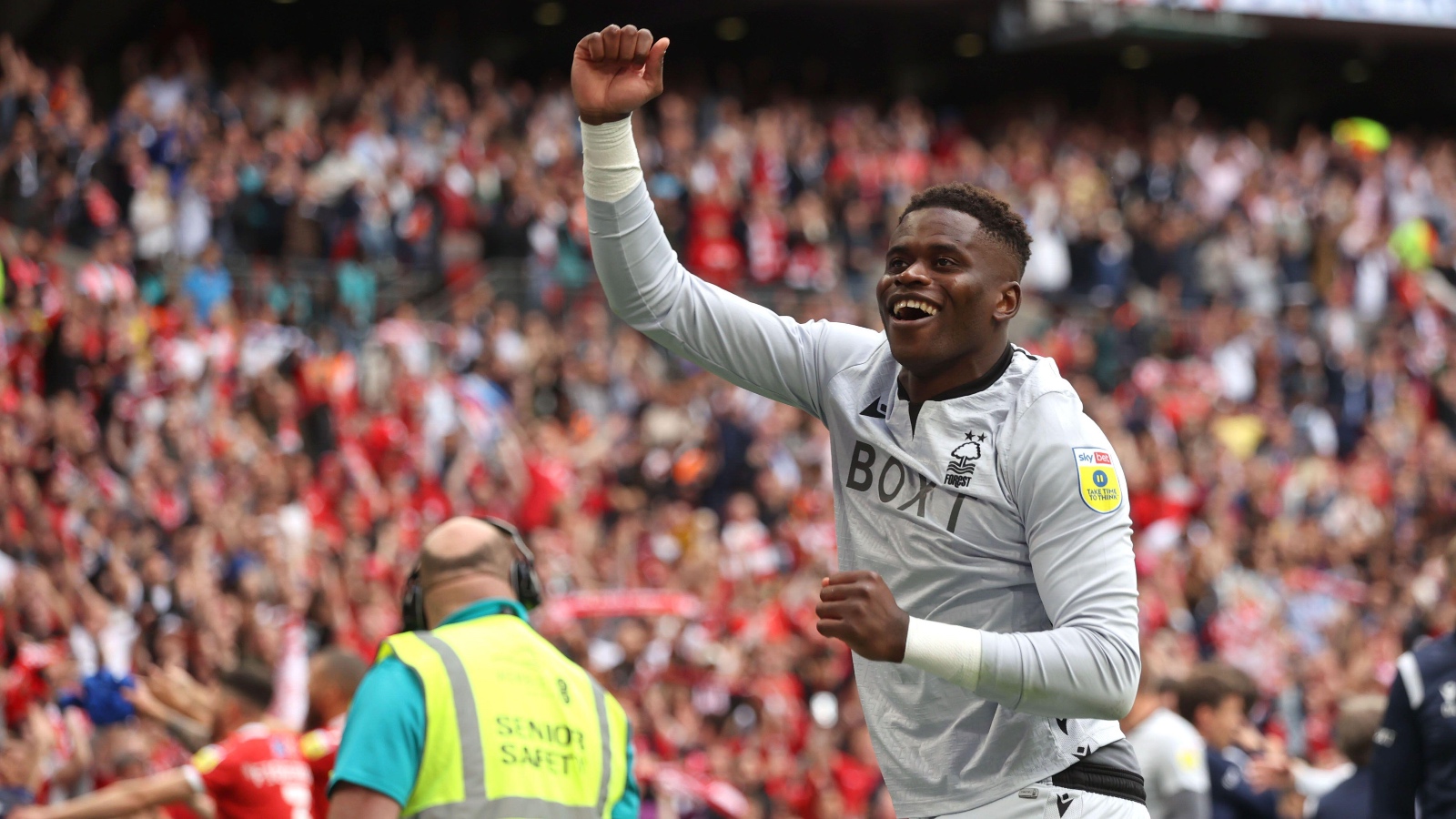 Nottingham Forest have suffered a major blow ahead of their return to the Premier League as goalkeeper Brice Samba has told the club he intends to leave this summer.

Samba – who made 45 appearances for the club last season – has told Forest he will not be signing a new contract and wants to leave, according to The Athletic.

The 28-year-old moved to Forest from Caen in the summer of 2018 for around £2m and has been a key player for them ever since.

And he cemented his status as a club legend in the second leg of their play-off semi-final win over Sheffield United, saving three penalties in the shootout having made another remarkable save in normal time.

Samba has one year left to run on his current deal at the City Ground and the report claims Forest’s offer of a new contract has been deemed ‘unacceptable’ by the stopper.

It’s said that his decision to turn down the proposal and seek an exit is ‘not financially motivated but about respect for his achievements, importance and popularity’.

Forest are still hoping to change his mind and are determined to keep hold of one of the most highly-regarded members of their squad.

Manager Steve Cooper is of the same mind as talks are still said to be taking place to keep the Congo-born goalkeeper at the club.

Cooper is well aware of the talent of his goalkeeper and was quick to praise him following the semi-final clash with Sheffield United.

The Forest boss said: “Brice [Samba] was brilliant today, I’m not one for singling people out but its’s difficult not to talk about how good he was in terms of the penalties, the saves, the distribution and the calmness.

“He is a big part of what we do on and off the pitch. It’s brilliant he got his moment.”