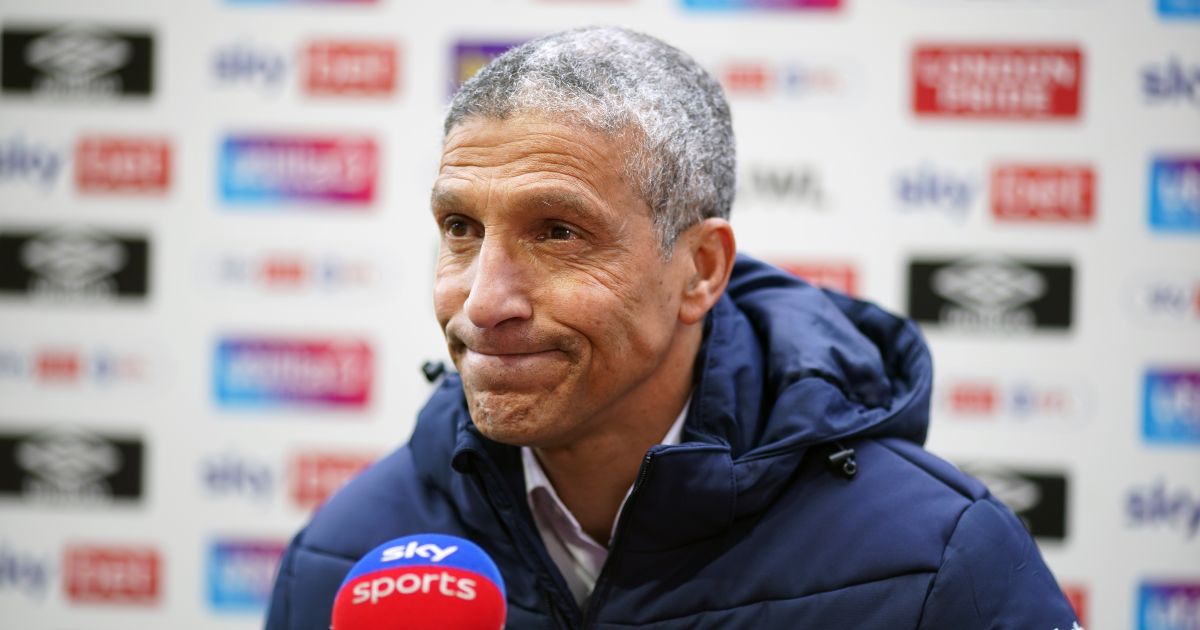 When Nottingham Forest began the 2020/21 campaign with Sabri Lamouchi in charge, it marked the first time that they had the same manager taking control of successive season-opening games in a decade. If insanity is to repeat the same mistake time and time again, then the only crazier option was in breaking that run when the obvious decision to make another change was staring them in the face.

Few managers currently operating in the EFL represent the ideology of ‘better late than never’ than Chris Hughton. The fact that Forest’s end to the season has been without much in the way of excitement or heartache is testimony to the amazing work Irishman Hughton has produced since arriving at the City Ground in October.

A near equilateral run of form – 13 wins, 15 draws and 14 defeats thus far – represents a marked change in form from that which saw Forest drop spectacularly out of the play-offs last season and begin this campaign in equally poor health. But Hughton was available in the summer and he could have had a few extra months to make his stamp on Forest without the need of another season of Lamouchi, who had clearly lost the spark that made his early Forest days a distant memory.

So where do Forest go from here? Should they wish to recapture anything resembling their former glories, then allowing Hughton to be just the second man since Billy Davies in 2010 to take charge of successive starts to a season is a priority. One of the safest pairs of hands in league football, Hughton has won promotion to the top flight with each of Newcastle United, Norwich City and Brighton and Hove Albion, while performing commendably with Birmingham City in the second tier.

But in this corner of Nottinghamshire, easy decisions are an increasingly rare occurrence. A bloated squad filled with alumni of managers from yesteryear are incredible proof of the abundance of mistakes made in the past by the hierarchy at the City Ground.

An incredible man-manager, Hughton works best with a tight squad, and players whom he shares a mutual bond of trust. Bringing Glenn Murray to Nottingham having worked with the veteran striker at Brighton as well as beginning to get the best form of Gaetan Bong, another of his Seagulls stars, shows just that.

Currently, Forest have one of the largest senior squads in the top four divisions of English football with former Huddersfield Town defender Michael Hefele still on the books, despite having not played since the 2018/19 season. While cutting down that squad doesn’t necessarily sit squarely on Hughton’s shoulders, the club will benefit from a manager who provides Forest with their clearest blueprint for who should stay, who should go and who should come in.

Worse than the absence of Premier League football since the early 1990s, worse than the relegation to League One in the mid-noughties, and even worse than the calamitous exit from the play-off positions last season, is the absence of identity. For a club with such a rich history to be so bland for so long is a football sin. Take the badges off the chest and for many of the last 10 years, few outsiders and not many more Forest fans would have been able to tell you which side they were watching.

With an identity comes pride, and with pride comes a fanbase returning with renewed vigour and passion from their year-long absence from the ground. Now it is about keeping that momentum moving. Forest owner Evangelos Marinakis has already gone through a host of managers in his time in charge, but the Tricky Trees must keep patience with Hughton through the next couple of years.

The football may not always be the prettiest and results will hit their peaks and troughs, but at long last, Forest have a manager who comes with a proven track record, an enthusiasm to prove his worth and a definitive style of doing things his way, more often that not with overwhelmingly positive results.

The team that started Forest’s most recent league game against Stoke City at last had some collective identity, and there is hope that much of this team can stay together. A new forward may well be needed to replace out-of-form Lewis Grabban with Murray unlikely to start more than half their league games next campaign and Lyle Taylor looking largely unproven at this level and without much room for growth, but behind that, a solid young defence marshalled by a boyhood forest fan in Joe Worrall plays behind a youth academy graduate in Ryan Yates and Manchester United loanee James Garner.

It is Garner in particular who holds the key to Forest changing their ways. His season started with inconsistent minutes on loan at Watford but his five-month stint in Nottinghamshire has seen the holding midfielder stake claims for Player of the Season, and a full campaign in the red and white of Forest would be hugely beneficial all round. It is not the sort of long-term thinking that has usually been afforded to Forest by virtue of the high turnover of managers in the hot seat.

An abundance of loanees make up many of the more advanced options in Filip Krovinovic, Anthony Knockaert and Luke Freeman, with only the former likely to be back at the City Ground in any capacity for 2021/22. It is not yet perfect, but the building blocks are there. Should Hughton start next season and the following one and add his name to the list of which the most recent entrants are Lamouchi and Davies, Premier League football is still unlikely, but not impossible.