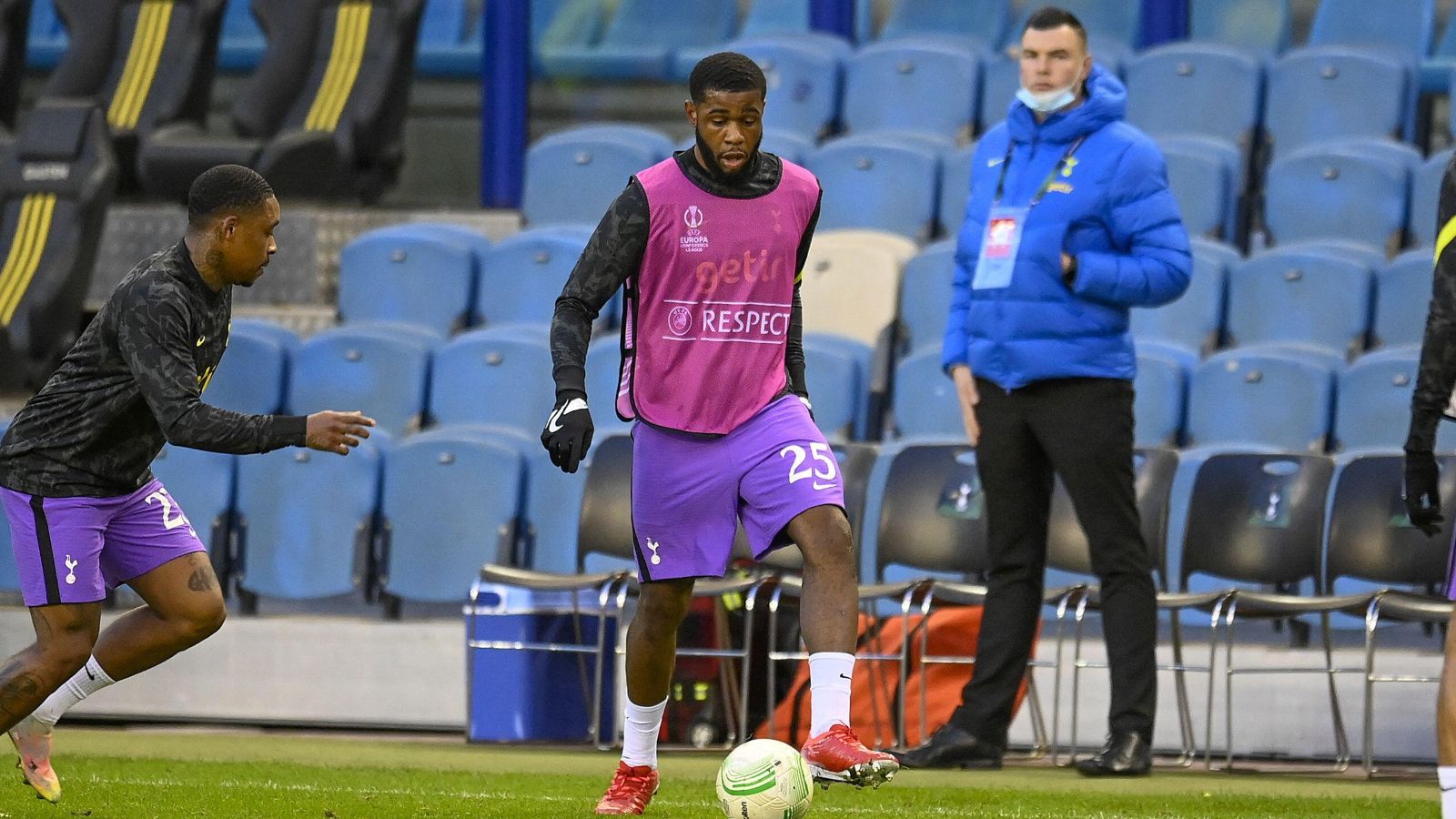 Nottm Forest are reportedly ‘interested’ in signing Japhet Tanganga with Tottenham Hotspur ‘holding out’ for around £16.8m this summer.

The defender progressed through the ranks at Tottenham, making his debut for the club during Jose Mourinho’s spell in charge.

He was thrown in at the deep end as he made his full Premier League debut in a 1-0 defeat against Liverpool in January 2020.

“The kid has reason to be very happy with his level, not with the result obviously, but with his first game in the Premier League,” Mourinho said.

“It couldn’t be a bigger one and he did it amazingly.

“First on the right and then on the left, first [Sadio] Mane and then [Mohamed] Salah, and I think he was fantastic so I don’t want to take any credit for that.

“I think it’s a good moment for him and I think it’s also a message for the kids in the academy that when the player is the right player with the right attitude and right qualities, the opportunity arises.”

Antonio Conte is clearly not as much of a fan of Tanganga as Mourinho. The defender missed the last few months of last season through injury and he is yet to feature for Spurs this term.

It is understood that Tanganga is among the players who are free to leave Tottenham during this summer’s transfer window.

The Englishman looked all-set to join AC Milan on loan earlier this summer but talk of this move has gone quiet in recent weeks.

The Athletic are reporting that AC Milan, Napoli and Bournemouth are among the clubs interested in him.

Nottm Forest are ‘the latest club to express an interest’ in signing Tanganga before the window shuts.

The newly-promoted side are ‘exploring a permanent deal’ for the Spurs man. It is claimed that the London club are ‘holding out’ for £16.8m for their academy product this summer.

The 23-year-old’s contract does not expire until 2025 but Tanganga will likely be keen to move on with playing opportunities being limited if he stays at Tottenham.

Nottm Forest have already brought in 16 new players this summer and they have four points from their opening three Premier League games.