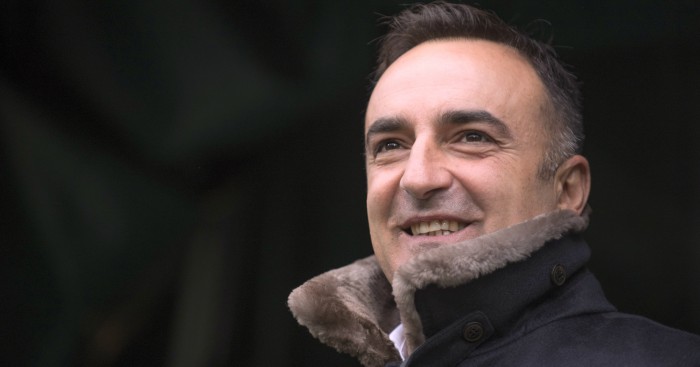 Carlos Carvalhal does not think an FA Cup replay will be detrimental to Swansea’s fight for Premier League survival.

Carvalhal’s side, who are bottom of the Premier League table and three points from safety, face another fixture in their schedule after they were held to a draw by Notts County on Saturday.

Luciano Narsingh’s strike on the stroke of half-time put Swansea ahead but the underdogs from League Two responded with gusto and Jon Stead scored the equaliser just after the hour mark as it finished 1-1 at Meadow Lane.

It was put to Carvalhal that a replay was probably not what he wanted, but the Swansea boss sees the competition as a chance to give some of his players valuable playing time.

“We have a squad that is ready and other players can play games so I don’t think this is a negative,” he said.

“I don’t agree that it’s bad because I changed eight players. Maybe if we were playing the next games with the same 11 players then yes but I will move eight or nine players again.

“I don’t feel it is a negative, it’s not a problem. That is how we will be in this competition, playing the players who were not involved in the previous game.

“In this competition we are not losing and we still have the chance to go through.

“If we don’t get through and achieve the next stage then it is not the end of the world because our main competition is the Premier League, this is very clear. But this competition is good because we have all the players involved.”

Notts County responded brilliantly to going behind in the 45th minute and enjoyed their best spell of the match at the beginning of the second half.

Jorge Grant went close with three chances before his low cross was turned in from close range at the far post by Stead after 62 minutes.

Carvalhal said: “They got their goal when they deserved it and we must give them credit for that, for the way they pressed in the second half. They created two or three situations and created problems for us.”

Magpies manager Kevin Nolan was proud of how his team battled back.

He said: “I’m absolutely delighted, I thought the boys were fantastic. The lads’ work-rate was brilliant, and the togetherness, and the communication – we were magnificent. They showed real character.

“This is why you work so hard and put in the hours that you do, for moments like this.”