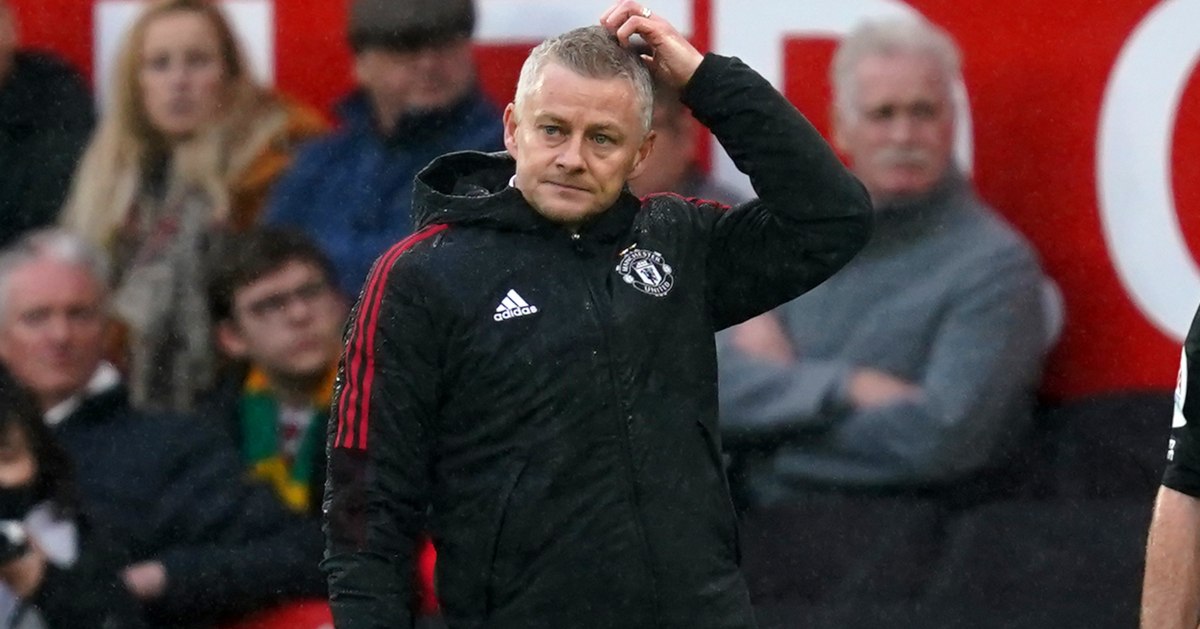 Ole out: This is the end
It is over for Ole Gunnar Solskjaer at Manchester United.

And how do we know it is over for Ole Gunnar Solskjaer at Manchester United? Because Neil Custis of The Sun has finally turned.

Just over two months after Custis urged us to consider Solskjaer’s ‘body of work’ at Manchester United (no trophies, but one hell of a body of work), Custis says that Manchester United and Solskjaer cannot go on like this. But what happened to ‘the vision that Solskjaer and executive vice-chairman Ed Woodward had to get the old United back is in full view now’? And what happened to ‘now it is full speed ahead, with Solskjaer at the wheel. And it is right where he deserves to be’?

Now it seems he deserves nothing of the sort; he just deserves the bullet.

Two months ago he had done a ‘great job’; now it’s just a ‘good job’. Poor Ole. Once Custis has gone, there is surely no way back.

‘The club cannot, the manger cannot, it is not fair on either.’

We’re not sure the ‘manger’ (sic) himself would agree that he needs to be put out of his misery, but Custis is warming to the theme now…

‘United have got to the position where they have the team to win the title. They just have NOT got the manager to push them over the line.

‘That does not mean Solskjaer is a bad manger. He is just not in the elite – and United need someone in the elite.’

He is right. He is absolutely right. It took him a hell of a long time to get there but he is right.

And now is the time to choose sides and Custis has sensibly chosen the side of the board, which will be there long after Solskjaer has gone.

‘This team should be as good as any in Europe, the board has provided the money to produce it but the players are individually getting worse.’

Sack him. This is surely the tipping point United were waiting for.

Dapper laughs
Over at The Sun website, we see exactly how bad things have got at Manchester United:

Yes, we have hit the point at which Maguire should have turned up at his sister’s birthday party in sackcloth and ashes.

The revolution’s here…
At no point in Daily Mail scribe Chris Wheeler’s piece about some Manchester United players losing faith in Ole Gunnar Solskjaer does he use the word ‘revolt’, as that would clearly be an exaggeration of the situation, but he has been stitched up by the subs in the newspaper…

…and by those online…

‘Man Utd hit by REVOLT against Ole: Fernandes frustrated by lack of direction from Solskjaer and young coaches, Ronaldo alarmed by drop in standards and players unhappy with treatment of van de Beek, as club denies it has approached Brendan Rodgers’

…which means it is open season elsewhere:

In the small print: Bruno Fernandes ‘is among the senior players who feel they are not getting enough direction’. Does that sound like a revolution? It is now; the subs made it so.

Alas Smith and sympathy
Oodles of sympathy for sacked Aston Villa manager Dean Smith in The Sun, who remark on the ‘breakneck speed and nature of Smith’s demise’, as if other Premier League managers have been allowed to lose five matches in a row and keep their jobs. And as for ‘breakneck speed’, there were strong rumours of a sacking last week. The reality? This is a perfectly normal sacking from a club that has spent vast amounts of money. But remember that Smith is an Englishman so…

‘Calling it ‘ruthless’ does not begin to do it justice.’

Hmmm. Since Villa’s promotion in 2019, only three Premier League clubs have had a higher net spend. They did sell Jack Grealish for £100m but they spent that money and lots more, only to end up losing five games in a row.

‘Aston Villa had only won once at Old Trafford in 38 years until Smith went there and humbled Manchester United in September.’

Can we not all agree that winning at Old Trafford is not quite the scalp of old. Losing to Tottenham, Wolves, Arsenal, West Ham and Southampton might be a better indication of Villa’s current standing.

‘Now the new man will be expected to transform a mid-table squad into the next Leicester.’

Actually, the new man will be expected to transform a mid-table squad into a mid-table team. That appeared to be beyond Smith without Grealish, even if the manager ‘helped transform him from a Championship show-pony into a reliable Premier League superstar’.

Without a trace
In the Daily Mirror, we are told that ‘DEAN SMITH’S departure from his boyhood club can be traced back to the summer departure of Jack Grealish’ as though it is not a manager’s job to work out how to win football matches without one player, especially when you are allowed to spend vast swathes of money on replacements.

Shakespeare in love
The newspapers are united in thinking that Villa will make a swift appointment as assistant Craig Shakespeare has been fired as well as Smith. The Daily Mail even say on their back page:

‘Shakespeare has managed Leicester in the Premier League and Champions League and would have been an ideal interim candidate had the board favoured a longer recruitment process.’

He did manage Leicester in the Premier League…to a position in the relegation zone, at which point he got the sack. That doesn’t sound ideal.

Not on the same page
Paul Jiggins, The Sun pull-out, p2: ‘Only a controversial, Everton would say farcical, penalty U-turn by ref Chris Kavanagh and VAR Jon Moss saved Conte from possibly going behind.’

Jiggins then calls Kav the ‘man in the muddle’ after he viewed the VAR of the ‘tight call’ and changed his mind, which we are pretty sure is how VAR is supposed to work.

Mark Halsey, The Sun pull-out, p3: ‘VAR has got this one right.’

Eccentricity pile-on
In the Daily Mirror, David Maddock refers to the ‘eccentric officiating’ of Kavanagh, which is one way to describe VAR working exactly as VAR should.

Saving grace
Liverpool lost 3-2 to West Ham but it could have been much worse, according to The Sun.

‘Virgil van Dijk was one of those players beaten by Bowen but that was the only thing he did wrong.

‘It was a good job, because had the Dutch defender not been in defiant mood, the Hammers could have hit four or five as they cut the Reds apart with apparent ease.’

Yes, thank the lord/Van Dijk that West Ham did not score *checks maths* one more goal.