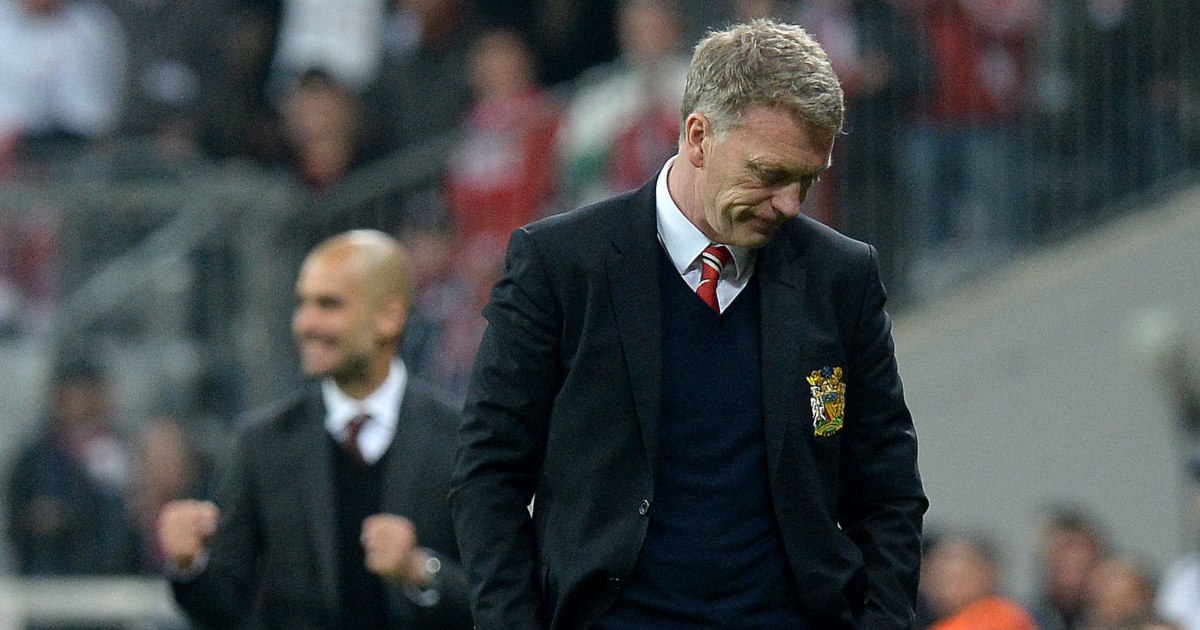 Leaving on a jet plane
After Monday’s realisation that it is all over for Ole Gunnar Solskjaer at Manchester United as soon as Neil Custis turned against the man with the impressive ‘body of work’, Tuesday brings a turning of the screw from The Sun, whose back-page lead is basically that the Norwegian has gone back to Norway for a short break. It’s big.

There’s a picture of Solskjaer, who ‘chose a Blue bag, not a Red one’ (capitals the publication’s own) and a picture of an aeroplane (it’s not clear if this is the actual aeroplane) with a gag about Solskjaer hopefully not being at the wheel, because of course nothing is funnier than the prospect of a plane crash.

Custis leads his piece with the news that ‘Solskjaer flew out to Norway yesterday as Rio Ferdinand called on the Red Devils to finally jettison him’, which is amusing largely for the ‘finally’. When Custis turns, he turns hard.

Let’s hear it for the Moyes
Obviously, West Ham being above Manchester United means we must tiresomely wonder whether David Moyes should have been given longer at United. Why can we not just accept that one particular manager did not work at one particular club? It’s also worth remembering that Moyes struggled at Real Sociedad and Sunderland too, so he has not been successful at every top-flight club he has managed, just two that happen to be pretty similar in terms of size and ambition. But no, we must tiresomely wonder instead.

And wondering tiresomely is Dave Kidd, who begins thus:

‘IT’S a truth universally acknowledged that if David Moyes had never been Manchester United boss, he’d now be odds-on favourite to be their next manager.’

We will stop you there because that’s bollocks. Brendan Rodgers is currently the favourite because he has twice delivered fifth-place finishes for Leicester City; being third after less than a third of a season with West Ham would not be reason enough for Moyes to displace him.

‘While it is more pertinent to ask why United didn’t appoint Mauricio Pochettino or Antonio Conte when they could and should have done, it’s also fascinating to wonder what might have happened had Moyes been given more time.’

Is it fascinating? Or is it completely pointless because it simply did not work? Had Moyes since proved he could succeed at a massive club with big egos and an emphasis on attacking, dominant football, we could merrily wonder whether he should have been given more time at United, but all that has been proved at West Ham is that he is incredibly good at managing a small squad and making that small squad greater than the sum of its parts. We knew that already. It’s one hell of a trick but it’s not the trick required at Manchester United in 2013 or 2021.

‘Back in that dismal 2013-14 campaign, when Moyes bombed as Sir Alex Ferguson’s replacement, most of us went along with a narrative emerging from United’s players. There were many dressing-room leaks from disgruntled players complaining that Moyes had taken his Everton backroom team and his Everton methods and tried to apply them wholesale to an elite team.

‘But what if that team of experienced winners Moyes inherited from Fergie had bought into their new manager’s approach, rather than adopting a superiority complex and spending that season sulking and carping about the good old days?

Then they might have finished fourth instead of seventh? Because there is absolutely nothing to suggest that Moyes could have taken a team of title-winners and made them title-winners again. And why would the players – who had just won the title – buy into ‘wholesale’ changes anyway?

Thankfully Kidd himself wrote about this subject for the Mirror in 2014 and he described Moyes’ United thus:

‘Gone was the buccaneering spirit and breakneck attacking of Ferguson’s teams. The difference in the pace of play and speed of thought between the sides was so startling, it appeared that Moyes was playing a 45rpm record at 33rpm.’

Is this the version of Manchester United that Kidd now thinks should have been given more time?

As Kidd wrote after Moyes’ sacking:

‘A decent, hard-working man deserved better. But perhaps he never deserved to be manager of Manchester United. And perhaps he always feared as much, deep inside.’

Kidd detailed Moyes’ ‘schoolmasterly man-management’, detailing ‘an extremely lengthy explanation delivered by the Scot to his players about next season’s club blazer and tie’ and concluded that ‘Moyes took the opposite view to Ferguson – which usually puts any football man in the wrong’.

But now, with West Ham in third place a full eight years later, we have to wonder if Manchester United would ‘have drifted as they have for these last 8½ years’ if Moyes had been allowed more time?

F***ing hell. Of all the mistakes made by Manchester United over the last 8½ years (and there have been many) can we not all agree that sacking Moyes – who ‘never deserved to be manager of Manchester United’ – is not among them?

The answer to the problem of United not having an elite manager is not to wonder whether another non-elite manager could have done marginally better had he been allowed to continue being actually worse than the man in the job right now.

Rolling in the deep
On the opposite page, West Ham are given the full ‘how have they done this?’ treatment by The Sun. We don’t remember Southampton getting the same treatment at a similar juncture last year but the media is not full of Southampton fans.

We have to take issue with the first point that ‘WEST HAM have now got a squad which has genuine competition in almost every position. Last season, they were essentially a good 12 or 13, now the depth in quality runs to 16 or 17 players’.

Which is odd because the 16th and 17th players on West Ham’s squad list are Andriy Yarmolenko and Arthur Masuaku, who have played 36 and four minutes respectively in the Premier League this season. If West Ham do have tremendous squad depth, maybe Moyes could start, you know, using it?

Against all odds
Over in the Daily Mirror, two pages are devoted to the question of whether West Ham can be this year’s Leicester City, showcasing a number of stats that John Cross claims are ‘eerily similar’, apart from all the ones that pertain to style, with the Hammers enjoying far more possession and being far more defensively sound than their Leicester counterparts at the same stage of the season.

He then attempts to claim similarities between Claudio Ranieri and Moyes, who really have nothing in common that Mediawatch can ascertain barring their status as ‘wise old heads’, while Declan Rice is apparently N’Golo Kante and Said Benrahma is Riyad Mahrez (of course), and Michail Antonio is cast in the Jamie Vardy role. Eerie, right?

So ‘can David Moyes upset the odds and turn them into this season’s 5,000-1 long shots to win the title?’

Howe do we know?
Elsewhere in The Sun, Oscar Paul casts a cautionary look at Eddie Howe at Newcastle but the piece is remarkable for one line:

‘But with the Saudis not exactly known for their patience, he has to hit the ground running.’

As we have no way of knowing exactly how much patience these particular Saudis have in football terms, we can only assume that Paul is writing generally about Saudis. So either he is peddling a cultural stereotype unfamiliar to us about Saudis and their impatience or he is suggesting that Howe could find himself beheaded.

If the latter, he really needs to hope Newcastle can beat Brentford.