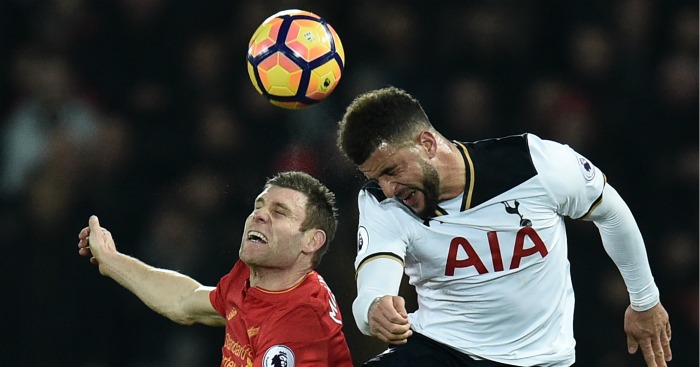 The season starts soon (and not before time), which means that before long we’ll be dropped into the Wide Sargasso Sea of stats and ready to drown. To help you keep treading water, here’s a significant stat to watch for each team. All of these stats are readily available from Whoscored or at least easily computed from their data.

Arsenal:  Shots allowed. It’s no secret that last year the Gunners had problems at the back. In this crucial department, they finished a very distant sixth at 11.4/game, much closer to Everton and Southampton than to the top five. They’ll have to improve if they want a Champions League spot.

Bournemouth:  Fouls committed. The Cherries’ defensive weaknesses include a general unwillingness to foul, 18th and 20th the past two years in that category. Would a more physical approach help?

Brighton: Goals scored. It sounds silly – this stat matters for everyone – but Chris Hughton’s sides aren’t known for putting it in the net. Last year in the Championship they were tied for fewest goals allowed, but were only fifth in goals scored. The previous year Middlesbrough came up with a similar profile, and you saw what happened.

Burnley: Shots blocked. As defensive stats maven Mark Thompson has shown, a key to Burnley’s defence is shot-blocking. Last year’s 5.8/game was the second-highest ever recorded. They’ll need to keep it up.

Chelsea: Conversion rate. Last year the Blues rode a strong 14.7% conversion rate, more than 1% ahead of the rest of the field. Because Chelsea take fewer shots than the other top sides (fifth in the league last year), a repeat performance may be necessary for another title.

Crystal Palace: Possession percentage. Spending a large part of last season under Sam Allardyce, Palace finished with only 46.8% possession, 15th in the league. Let’s see how Frank de Boer does it.

Everton: Shot accuracy. Last year the Toffees finished second to Spurs, getting 51.5% of their unblocked shots on target. But Romelu Lukaku was a big contributor, with an excellent 64.0%. Will his loss make a difference?

Huddersfield Town: Percentage of long passes. Last year the Terriers sent only 15.4% of their passes long, second-lowest in the Championship. The odds are they can’t get away with that kind of number in the Premier League, but the closer they get, the happier David Wagner will be.

Leicester City: Crosses blocked. In their title year, the Foxes relied heavily on blocking crosses, finishing at 4.4/game, the highest ever recorded. Last year they dropped down to 3.3.

Liverpool: Aerial duels. Last year they recorded the seventh-most aerial duels (38.3/game), but were 19th in aerial duel percentage. Leicester City won the title with a much worse skew, but that followed naturally from their tactics. For Liverpool it just seems a weakness.

Manchester City: Shots inside the six-yard box. That’s City’s bread and butter. Last year they led the league with 50, which is lowish for a league leader. Pep will be looking for improvement.

Manchester United: Goals from set-pieces. Last year they managed a mere seven, with only Sunderland recording fewer. Chelsea led the league with 22. It’s the sort of thing you can coach, if José can be bothered.

Newcastle: Interceptions. Newcastle were 23rd in the Championship last year, which is partly but not fully explained by also finishing fourth in possession. (Compare Man City last year, top in possession and 15th in interceptions.) The Magpies won’t be able to dominate possession this year, so will Rafa get more proactive?

Southampton: Crosses. The Saints led the league last year with 24.9/game, but finished only tied for 14th in assists from crosses. Mauricio Pellegrino will seek a more efficient attack.

Stoke City: Assists. The Potters finished tied for 14th in goals scored, which isn’t great, but they were even farther down in assists, tied for 17th. For a side that has some genuine passing talent, that’s too low.

Swansea City: Times caught offside. With a possession-based approach and a big man up front, the Swans were last in this category with 49. It’ll be a good indicator of whether the attacking philosophy is changing under Paul Clement.

Watford:  Cards. Last year Watford finished top in yellows (84, second-highest ever recorded) and tied for first in reds (5). Expect Marco Silva to tone it down a bit.

West Bromwich Albion: Clearances. Think their defenders are hoofers? Last year they finished 15th in clearances, an all-time low ranking for a Tony Pulis team, and easily the lowest ranking ever for a side finishing last in possession. The previous holders? West Brom the year before, at ninth. The Jonny Evans effect, maybe.

West Ham: Interceptions and tackles (two stats, but bear with me). Last year the Hammers became the first team ever to finish first in interceptions (16.2/game) and last in tackles (15.1/game), which adds up to a gambling defence that doesn’t quite do the job. Their first year under Bilic both stats were middle of the pack, and he should consider going back to the old approach.