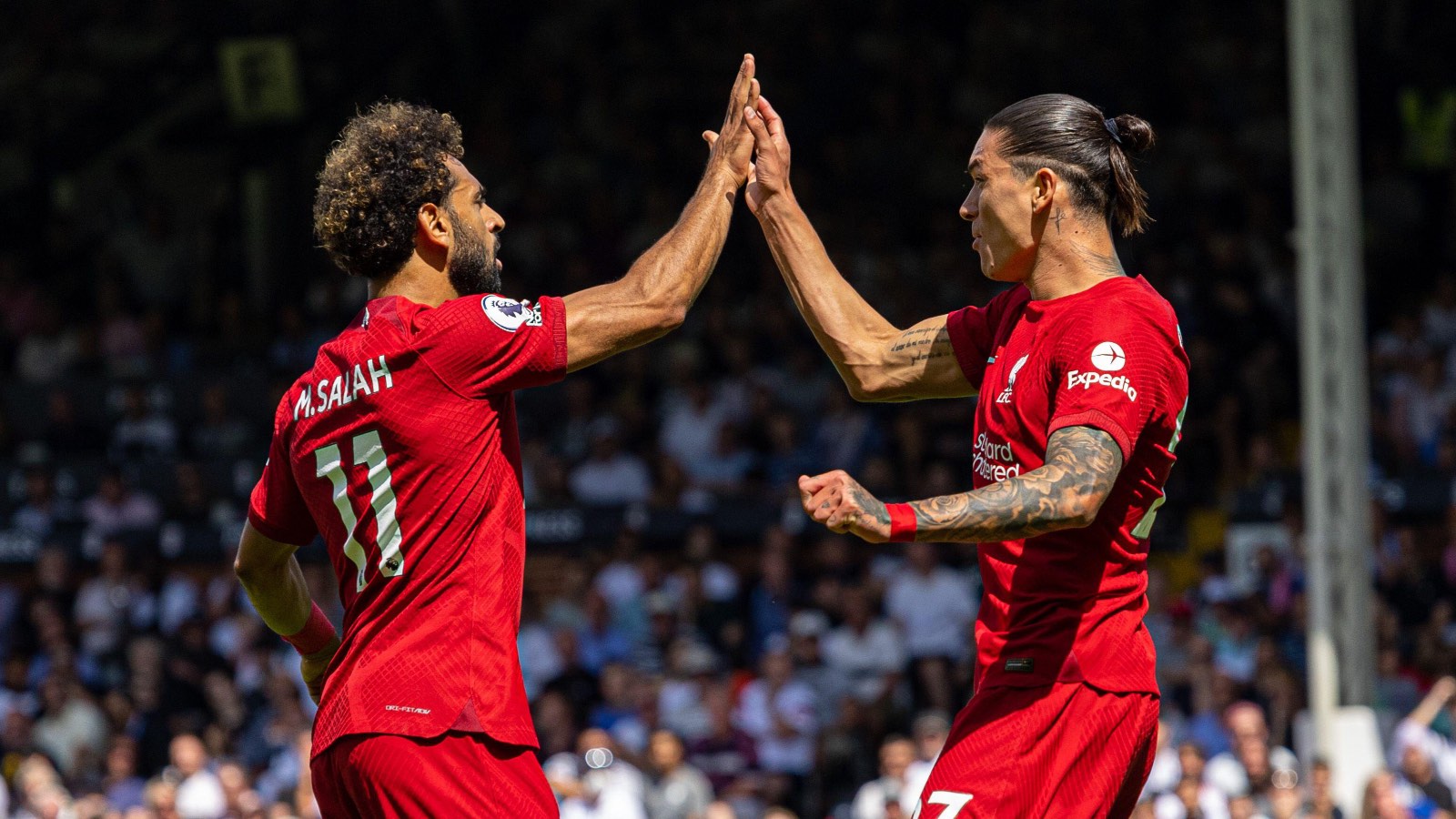 Peter Crouch said he would be “fuming” at Jurgen Klopp if he was Darwin Nunez, after the new signing started on the bench in Liverpool’s draw with Fulham.

The Reds dropped points on the opening day as a brace from Aleksandar Mitrovic earned their newly promoted opponents a draw at Craven Cottage.

Klopp’s side went behind twice, but a goal and assist from Nunez – who came on for Roberto Firmino shortly after half-time – spared the title-chasers’ blushes.

And Crouch claims Nunez should have started the game having scored four goals in preseason and another in the Community Shield win over Manchester City last weekend.

Crouch told BT Sport: “The thing is, if you’re chomping at the bit I always think it’s the pre-season.

“If you have a good pre-season and you score goals, he scored four in pre-season and got another in the Community Shield, if I’m a striker now – I’m fuming! I’d be angry.

“[On whether he would complain to Klopp] Well, Jurgen’s a different prospect! He’s a bit more scary than Rafa [Benitez] was, but I wouldn’t be happy, put it that way. But you understand Klopp’s thinking and you have to respect that.”

talkSPORT pundit Jamie O’Hara echoed Crouch’s view, before claiming the Reds may struggle as January signing Luis Diaz will not be as productive as Sadio Mane, who left for Bayern Munich this summer.

O’Hara said: “It was a poor result for Liverpool, you do not draw against Fulham in the first game of the season if you have title aspirations.

“Nunez had to start, for me, it’s very disappointing from Jurgen Klopp on that decision.

“Nunez came off the bench and caused havoc. If he starts the game, Liverpool probably win that game comfortably.

“Fulham were excellent, they went after Liverpool. Liverpool didn’t turn up, in my opinion, I thought they were shocking in the first-half and didn’t really get going. When Nunez came on they changed a little bit.”

O’Hara added: “For me, Liverpool have lost Sadio Mane and I don’t think they’ve replaced him yet.

“I don’t think Luis Diaz is going to get the same numbers that Mane got and that might be a mistake. I really do think that’s going to be a mistake from Liverpool.”

Asked about Nunez starting on the bench ahead of the game, Klopp said: “Pre-season was really good but over the five weeks, it’s not the whole group, but we have too many injuries now.

“We are ready for the game today but we need the boys to come back sooner rather than later, that’d be helpful – apart from that, nothing negative.

“[On Letting Nunez adjust] Yeah of course. We have to mix it up a little bit, what options we have to change. With Bobby we have a baller and the other two we have the speed.

“If we change with the two young boys and Darwin for example, it’s a good mix but we thought it’d be better to start with Bobby.”