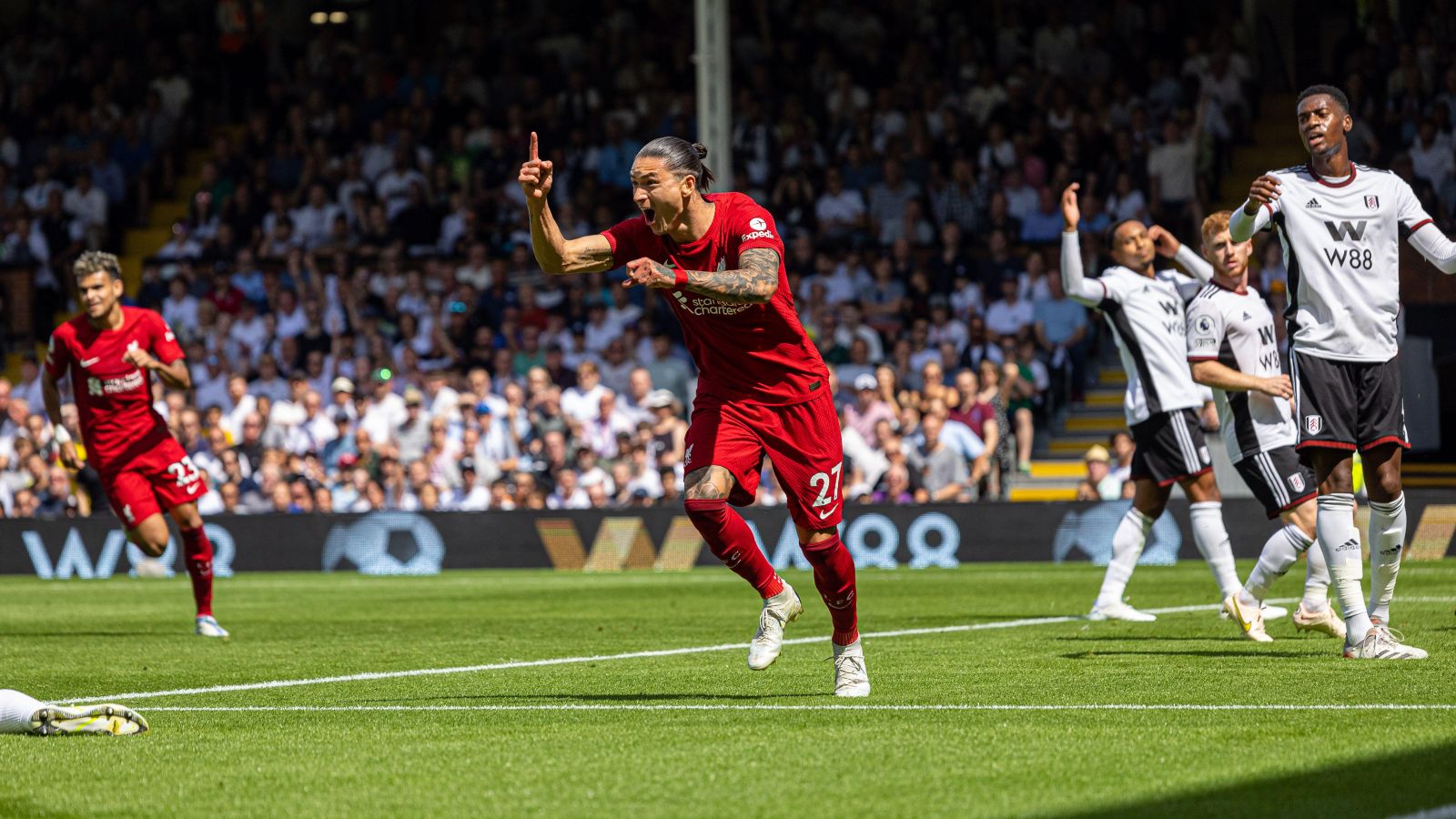 John Barnes doesn’t think it will be possible for Liverpool to “forget” about Sadio Mane this season but Darwin Nunez offers “something different”.

The Reds decided to sell the Senegal international this summer after he expressed his desire to leave the club for a new challenge at Bayern Munich.

Liverpool immediately acted by bringing in attacking reinforcements in the form of Nunez from Portuguese side Benfica after the Uruguayan scored 34 goals in 41 matches in all competitions last campaign.

And the 23-year-old has started off well for Liverpool, bagging a goal as a substitute on his competitive debut in the Community Shield before scoring again off the bench on Saturday as Liverpool drew 2-2 against Fulham.

And Barnes reckons Nunez offers Liverpool boss Jurgen Klopp a “different dimension” but admits the Reds are “not going to forget” about Mane in a hurry.

Barnes told BonusCodeBets: “The only thing we can ask of him (Darwin Nunez) is to come on and score goals, and that’s what he did.

“He came on, he had a good chance. He gets in the right areas, and he scored a good goal.

“Then he had a couple of opportunities, and you can see already that he is going to help us improve when the balls come in the box. When teams defend deep, and you can’t play through them. Sometimes you have to put high balls in the box.

“And he’s 6’2” and he’s good in the air. He’s good at attacking the ball. He did as well as could be expected. You’re not going to forget Sadio Mane cause of what he gave us.

“But he (Darwin Nunez) gives us a different dimension. A different option. He’s not a Sadio Mane type of player, but he can give us something different.

“When crosses are coming in the box, you can already see that he’s a presence. He’s big, he’s strong. So he’s different to Sadio Mane.

“I would love for Sadio to have stayed, but he gives us something different.”

Goals from Nunez and Salah saw us leave Craven Cottage with a point in our Premier League opener ⚽️ pic.twitter.com/I1FkNr7QHv

Barnes also played down the significance of their draw against newly-promoted Fulham, he added: “It’s just one game gone. And of course, the teams who’ve come up (from the Championship), always start quite well cause they are full of confidence from getting promoted.

“They haven’t been beaten many times. The teams who’ve come up are competitive in the first three or four games.

“For them, maybe after ten games and having lost seven or eight, they lose confidence, and then they become easier games. But the first game is always going to be difficult to get through the newly promoted sides.

“But Liverpool showed resilience coming back from 1:0 down and 2:1 down, and they were the better team, but, of course, they drew two-all.

“I think it goes to show the expectations for Liverpool; A two-all draw away from home is a disappointment. But if you just keep your feet on the ground and realise that it’s just the first game and there’s a long season to go, there’s gonna be lots of ups and downs.

“We would like to have won, but it’s not the end of the world.”