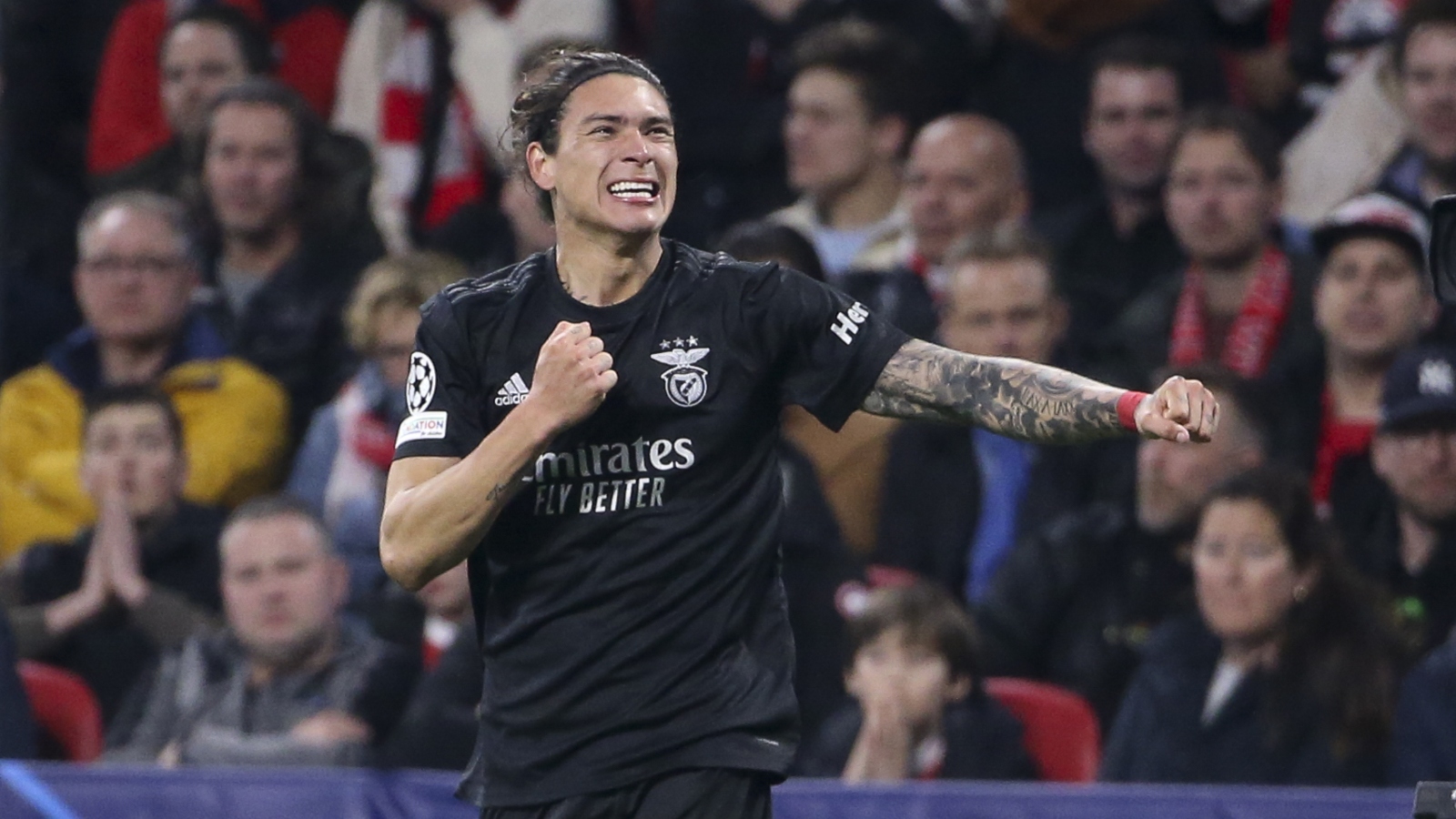 Liverpool are in talks with Benfica over a deal to make Darwin Nunez the most expensive signing in the club’s history.

A report on Wednesday claimed an £85m bid had already been lodged by the Reds, and while that appears to be wide of the mark, ‘a dialogue is open’.

READ MORE: The three longest-serving players at every Premier League club after 2022 exits

That’s according to the Mirror, who claim the two clubs are in talks over a structured deal which could see Liverpool pay between £83-£85m through a series of bonuses.

It’s claimed Jurgen Klopp – who was effusive in his praise of the Uruguayan after he scored home and away against his side in the Champions League last term – has made the forward his number one target.

And the feeling is said to be mutual, with Nunez reportedly telling Benfica that he ‘only wants a move to Anfield’.

The Portuguese side want €100m for their prize asset, but Liverpool have already made it clear that they will not pay that figure up front.

But they are open to a deal with bonus related add-ons which could eventually get close that mark.

The report claims sporting director Julian Ward has already held informal talks over an initial payment of £65m, which will rise to around £85m if Nunez proves to be a success on Merseyside.

Liverpool were keen to avoid a bidding war and they appear to have done just that with Nunez now set to ignore interest from other interested parties, including Manchester United, Atletico Madrid and Newcastle, ramping up the pressure on Benfica to accept the terms from Klopp’s side.

The 22-year-old scored 34 goals in all competitions in 2021-22 and can play on the left, but is more likely to take on the central role given Luis Diaz’s excellent form on the wing having arrived in January.

Nunez can act as a more traditional striker or a deeper false nine, making him the ‘perfect fit’ for Klopp’s side.